Blizzard All-Stars Is Now ‘Heroes of the Storm’ 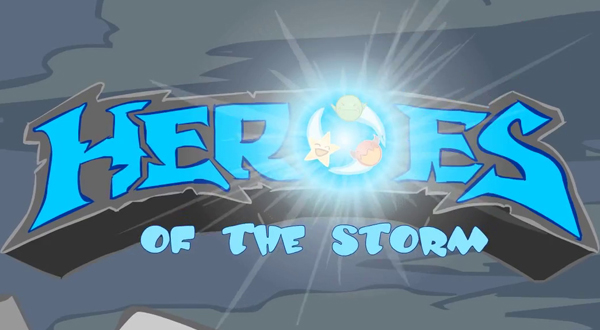 It’d be nice if we got a wealth of new information accompanying this change but we’ll just have to make do with an animated video instead. At least it’s cute.

This isn’t the first time Blizzard Entertainment’s take on the multiplayer online battle arena (MOBA) genre has had to switch its name. The game was once called Blizzard DotA until a dispute with Valve last year brought an end to that.

There’s nothing so far to explain the latest revision. The description on YouTube cryptically says: “Set aside whatever you think you knew about Blizzard All-Stars, and get ready for what’s brewing at this year’s BlizzCon.”

Whether it’s to further distance itself from the DotA identity, a simple rebranding or a big overhaul, we’ll just have to find out next month. It’s not like we’ve heard a whole lot since the reveal three years ago anyway.

The new logo can be found at the official page. Don’t forget you can buy virtual tickets for BlizzCon 2013 too, provided you’ve got US$39.99 (SG$50) to spare.

Ade thinks there's nothing quite like a good game and a snug headcrab. He grew up with HIDEO KOJIMA's Metal Gear Solid, lives for RPGs, and is waiting for light guns to make their comeback.
Previous post Civilization V Gets Scrambled Content
Next post Creators of Myst and Riven Want to Crowdfund Obduction