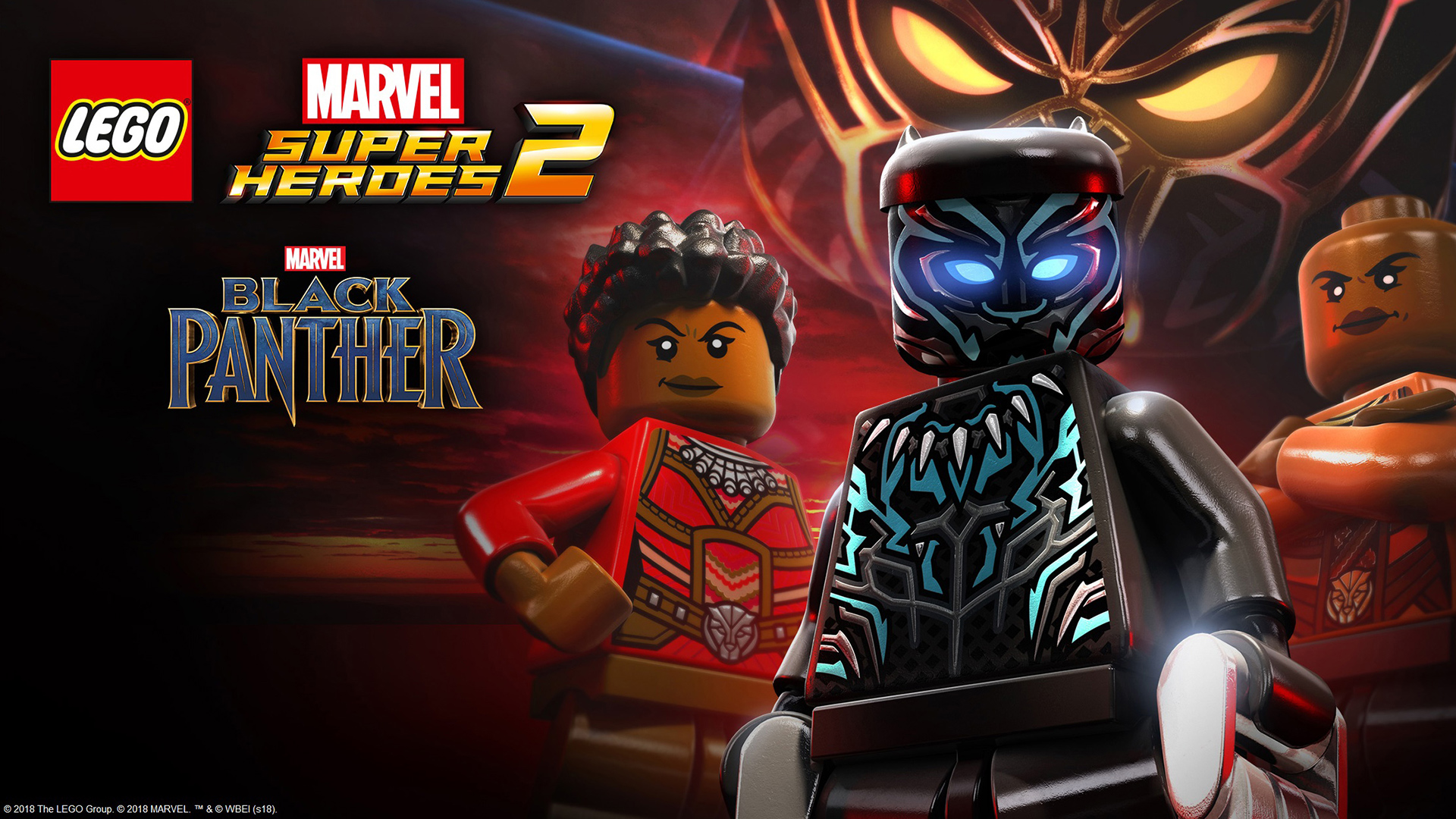 Marvel Studio’s Black Panther is out in theaters today, and to satisfy the video game tie-in overlords we now have a “Black Panther Movie Character and Level Pack” for LEGO Marvel Super Heroes 2. Available separately or as part of the season pass, the DLC adds six new playable characters to a main roster of over 200.

“Set within the Kingdom of Wakanda, players will take the legendary Wakandan Super Hero and his sister Shuri on a dangerous mission within the darkest depths of their homeland, battling mutated creatures and arch-nemesis Erik Killmonger’s vicious army.”

The six new characters are Black Panther (Vibranium Suit), Okoye, Nakia, Erik Killmonger (Black Panther), Ulysses Klaue, and Everett K. Ross. If you don’t know who all of them are then you will by the end of the movie.

The Black Panther DLC is priced at S$4.45 on Steam and Microsoft Store, and $4.50 on the PlayStation Store. By contrast, the season pass goes for $19.90 on all three stores, granting six new playable levels and four character packs.

LEGO Marvel Super Heroes 2 is out now for PC, PlayStation 4, Xbox One, and Nintendo Switch. Our review praised the character creator and sheer amount of playable heroes, but lamented the absent Fox-licensed characters and repetitive gameplay.

Ade thinks there's nothing quite like a good game and a snug headcrab. He grew up with HIDEO KOJIMA's Metal Gear Solid, lives for RPGs, and is waiting for light guns to make their comeback.
Previous post Rainbow Six Siege gets busy with esports tournament and free play weeekend
Next post Origin has a free copy of Dead Space and a bunch of Lunar New Year deals