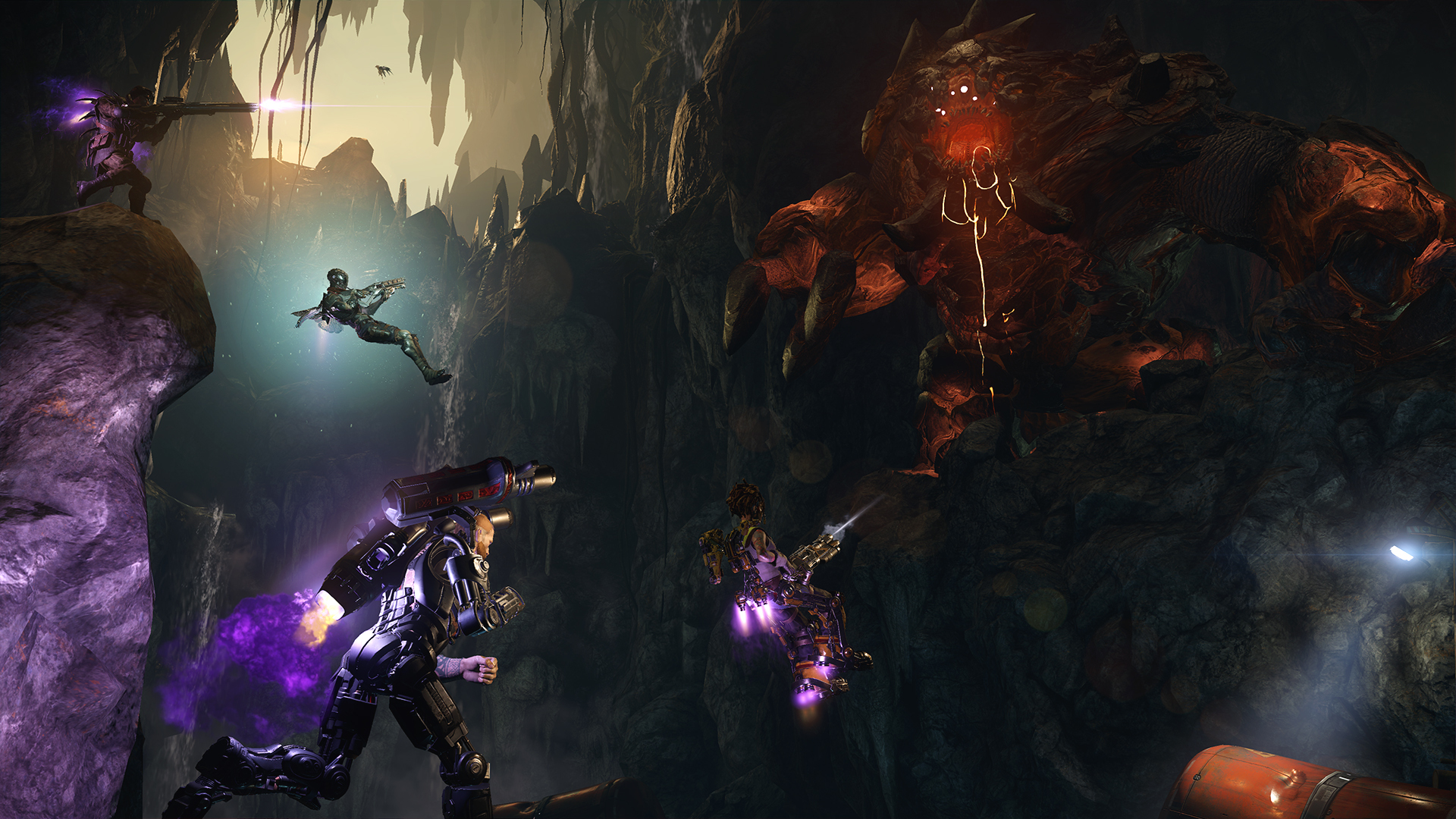 How’s your experience with Evolve coming along? As with most first-person shooters lately the game courts either a large amount of adoration or animosity, and Turtle Rock Studios looks ready to rile up discussion once again with the latest series of updates. This time we’ve got one large and angry rock.

The Behemoth is and will forever be Evolve’s largest Monster, at least according to their early statements. Its preferred mode of travel is to curl up like a hedgehog and roll around, which sounds pretty cute right until it starts sending death and despair in your direction.

We’re also getting Observer Mode, which allows a sixth player to join the game with a bevy of shoutcasting tools at their disposal: player cameras, Daisy the trapjaw camera, a custom HUD with vital information on everyone and more.

Lastly we’ve got new maps Broken Hill Mine and Broken Hill Foundry. Maps in Evolve will always remain free so as to not split the community, however Xbox One managed to score an exclusivity deal until the end of April. Thus, PC and PS4 owners are going to have to wait another four weeks before finding out what a broken hill actually looks like.

One has to wonder why the hunters only sortie in a group of four without any vehicular or surveillance support. Tack on their unique approaches to “problem-solving” and I’m starting to suspect this is actually some bloodsport in the far future.

Ade thinks there's nothing quite like a good game and a snug headcrab. He grew up with HIDEO KOJIMA's Metal Gear Solid, lives for RPGs, and is waiting for light guns to make their comeback.
Previous post The Sims 4 Get to Work Is Out Today
Next post The Wargaming April Fools' Special!