Be a part of Gearbox Software’s Battleborn technical test 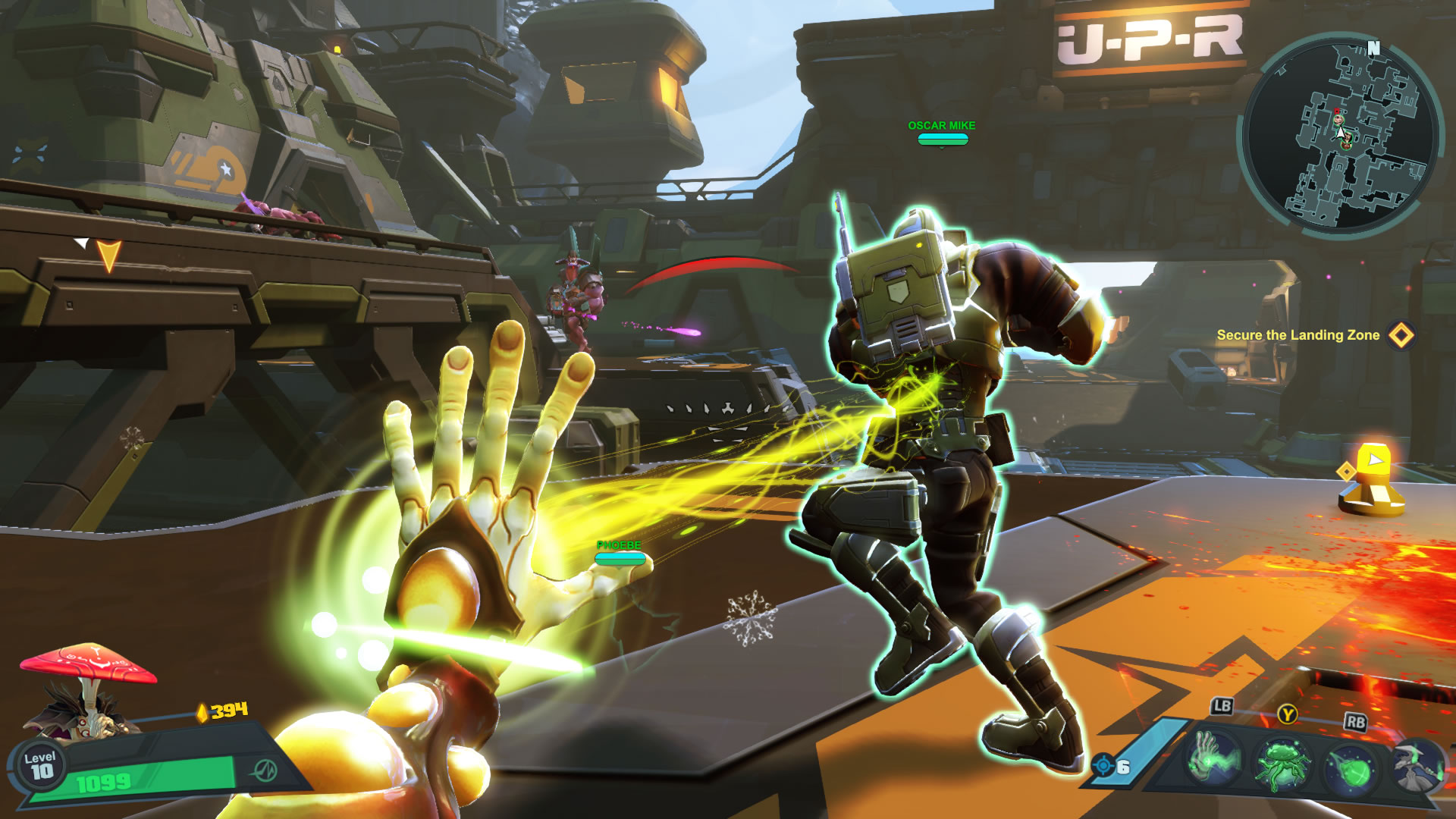 Have you been keeping an eye of Battleborn? It may not be on everyone’s radar now that its major release season, but Gearbox Software’s team-based shooter deserves attention. They recently revealed a multiplayer trailer at Paris Games Week so here it is once again. Go ahead, we’ll wait.

Who wouldn’t want to appease a robot god?

Battleborn’s aesthetics reminds me of WildStar in a very good way, and it sounds like they’ve paired that up with the studio’s brand of humor; it’s just a shame that the name’s pretty forgettable.

However those game modes are what ultimately matters. Up to 10 players can compete in three distinct 5v5 modes: Capture (and hold), Meltdown, and Incursion.

Like in the video, Meltdown has players guiding minions to an incinerator in the middle of the map, and the team with the most number of sacrifices wins. On the other hand, Incursion plays out sort of like a MOBA, except in first-person-shooter form.

And rather than speculating on how they’d play, we’re getting a chance to actually try things out for ourselves.

Testers will get access to a story mission, The Algorithm, which can be played either solo or co-op as a team of five. On the competitive side of things, players get to experience Meltdown on the Paradise map. 15 out of the 25 heroes can be chosen.

Loot packs and experience points will also be available but may get reset at the end.

The closed technical test begins on Friday, 30 October at 1AM SGT for PC, PlayStation 4 and Xbox One. You’ll need a free Gearbox Shift account to RSVP.

And don’t worry if you miss out as there’ll be an open beta in early 2016 for all platforms.

Seeing how the game’s largest competitor, Overwatch, is still closed to the public, this is a great opportunity to try out something new on the FPS front.

Ade thinks there's nothing quite like a good game and a snug headcrab. He grew up with HIDEO KOJIMA's Metal Gear Solid, lives for RPGs, and is waiting for light guns to make their comeback.
Previous post November’s Games with Gold, Xbox One gets backward compatibility
Next post Why you should plan a trip to GameStart 2015