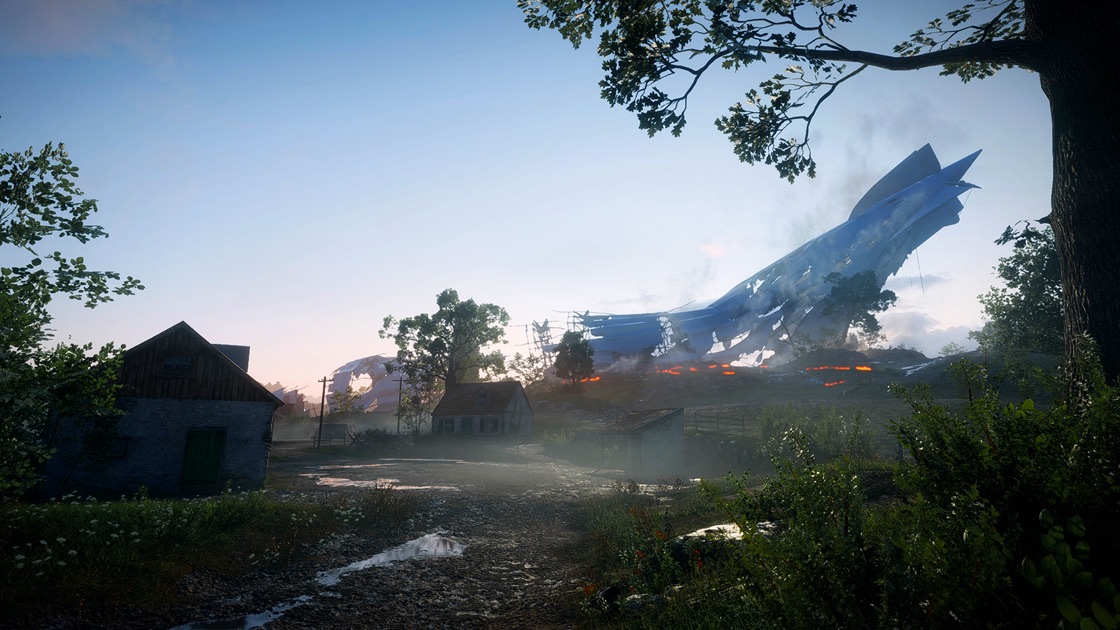 The next major update for Battlefield 1 has gone live for PC, PlayStation 4, and Xbox One. In addition to balance and performance changes, DICE have added a Standard Issue Rifles custom game setting, a spectator mode, and the new Giant’s Shadow map.

Giant’s Shadow is based on The Battle of Selle, a nine-day Allied offensive along the Selle River, France, in October 1918. This was in the closing days of World War I, just a month before the collapse of the German Empire.

In Battlefield 1, Giant’s Shadow focuses on the Le Cateu-Wassigny railway which, as you’ve guessed, will carry an armored train behemoth. To give the map its name, a crashed zeppelin dominates the horizon.

Here’s the catch: the map is only playable to those who pre-ordered or own the Premium Pass. Everyone else is going to have to wait one more week before it becomes available to them.

Spectator mode may not sound exciting to the average player but it certainly has plenty of potential for the content creators in the community.  Rather than simply being locked to the different player perspectives, the new observer role can also swap to a top-down overhead view or simply roam around in a free camera mode. And if that wasn’t enough, DICE have also added depth of field and camera filters to bring out budding cinematographers.

Standard Issue Rifles pretty much does what it says on the figurative tin. If this custom game setting is enabled, players will only be equipped with their faction’s standard rifle – no customizations whatsoever. Emulating how things were done is pretty common whenever a game taps onto history, so this should prove to be a fun distraction.

Full patch notes are available on the official forums and as a PDF document, if you’d prefer that. These changes include tweaks to soldier movement, controller aim assist, spawning in landships, and much more.

Ade thinks there's nothing quite like a good game and a snug headcrab. He grew up with HIDEO KOJIMA's Metal Gear Solid, lives for RPGs, and is waiting for light guns to make their comeback.
Previous post Overwatch Winter Wonderland now open, features snowball brawl
Next post LG V20 Smartphone Review – Life is truly good