Battleborn Open Beta to have both story and multiplayer modes 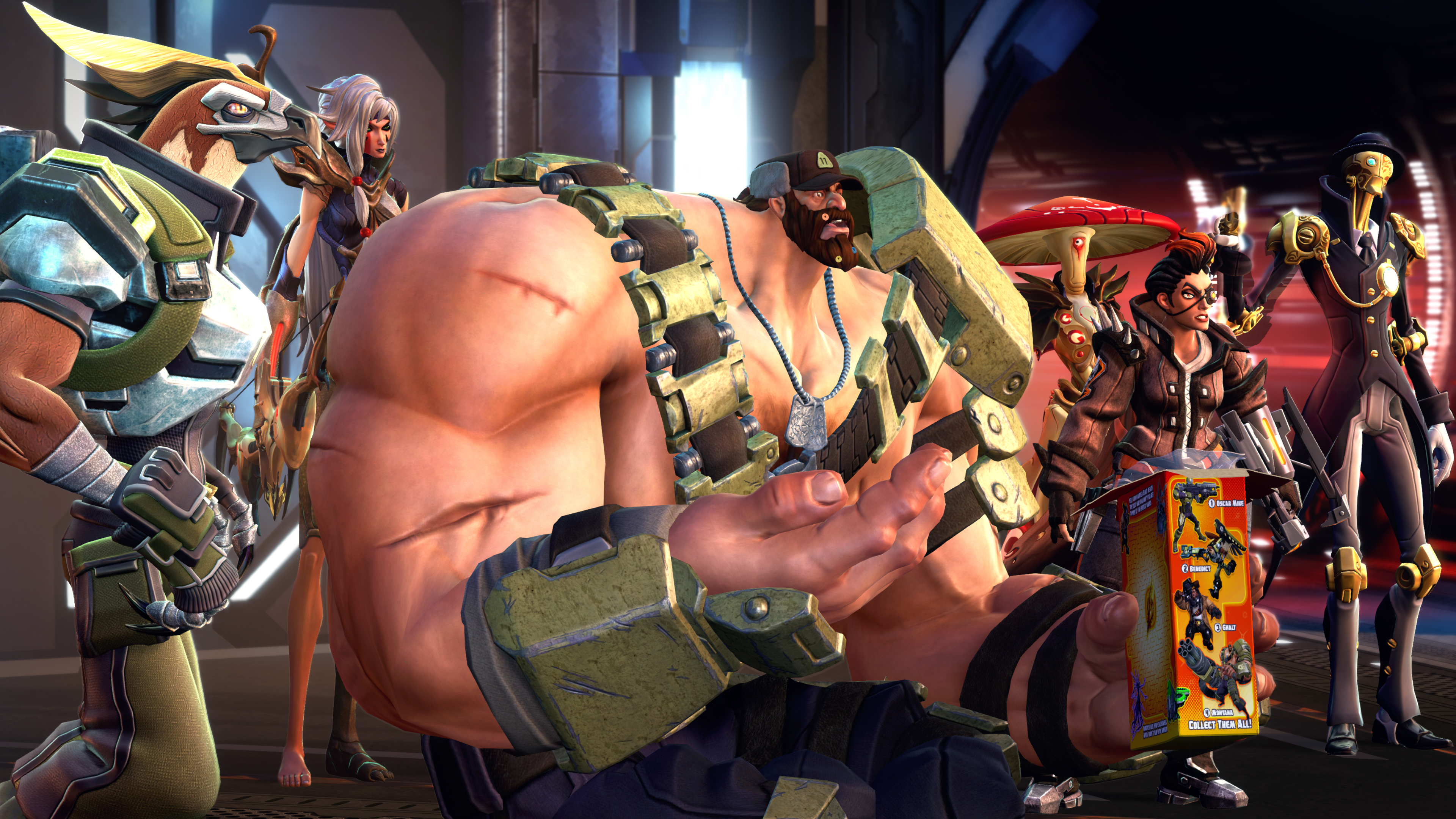 The Open Beta for Battleborn, Gearbox Software’s first-person hero shooter, will begin on April 9 for PlayStation 4 and April 14 for PC and Xbox One.

Quite a bit of content will be available during the test period. Two Story Mode missions, The Algorithm and Void’s Edge, support up to 5 players working co-operatively. Those who partook in the Closed Technical Test late last year may remember that first mission, but the studio notes that there have been “a few changes.”

More notable, however, is the fact that all 25 characters will be playable. The heroes are broken into three class types – Attackers, Defenders, and Support – and only 7 will be available at the start. To unlock the rest, players will have to rank up and complete objectives via a persistent progression system. Just note that all data will be wiped after the Beta ends!

Those on PS4 will get exclusive access to Toby, a penguin in a mechsuit, only during the Open Beta; he can be unlocked as normal on all platforms after launch.

Speaking of story, it turns out that Battleborn will follow a “TV-Style” approach. The retail game consists of a prologue and eight self-contained episodes, all of which make up a season. There are dialogue changes depending on the characters you choose, and with the different progression challenges available it sounds like the campaign isn’t a play-and-forget affair.

Incidentally, Gearbox are known for churning out a ton of DLCs (some of which are really good) so the format seems fitting for their development style. They’ve actually touched on their post-launch plans already, which includes both free and paid content.

Back to the Open Beta. Once those story missions are in the bag, players can then turn to two Competitive Multiplayer modes: Incursion and Meltdown. The first tasks teams with destroying two Spider Sentry Drones, while the other has them escorting minions to an incinerator for the most amount of scrap metal.

The third multiplayer mode, Capture, will only be accessible at launch.

Battleborn features support for a parties, in-game voice chat, and private custom matches. PlayStation 4 and Xbox One also gets 2-player split-screen that’s compatible with either Story Mode or Competitive Multiplayer.

Preloads for the Open Beta begin on April 7 for all platforms via PlayStation Network, Steam, and the Microsoft Store. While PS Plus isn’t required to participate, Xbox Live Gold will be needed for public matchmaking.

The Open Beta ends on April 18.

For full details, including specific times (add eight hours to those UTC listings), head on over to this official blog post.

Battleborn releases on PC, PS4 and Xbox One on May 3.

Ade thinks there's nothing quite like a good game and a snug headcrab. He grew up with HIDEO KOJIMA's Metal Gear Solid, lives for RPGs, and is waiting for light guns to make their comeback.
Previous post Ratchet & Clank blasts off on April 12
Next post Pocket MapleStory SEA launches with over 30,000 early registrants