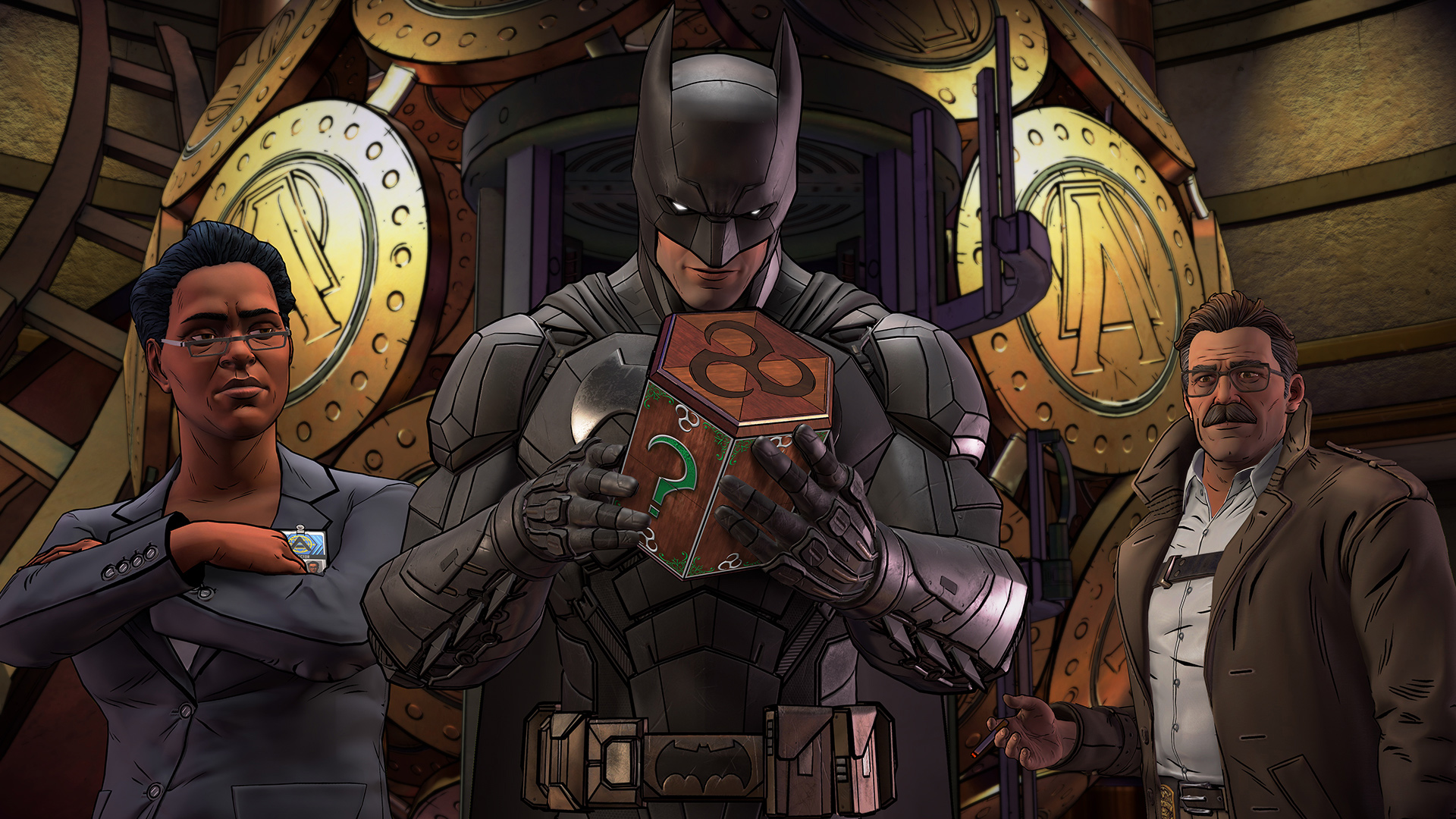 Fans of the Dark Knight are in for a treat next month. The November Original Loot Crate features the entirety of Batman: The Telltale Series Season One, a point-and-click adventure set early in the superhero’s career. Yet the journey doesn’t end there – also included is a 25% discount for the game’s next season, Batman: Enemy Within.

Telltale’s writers were given room for a “fresh interpretation of the universe,” allowing them to play around an original plot and implement their trademark branching narrative mechanic. For Season One, Batman finds himself embroiled with Catwoman while Bruce Wayne comes to deal with shocking accusations leveled at his deceased parents. In other words, business as usual in the Dark Knight’s troubled life.

Players will also meet other characters integral to Batman, such as a young James Gordon, Harvey Dent, and Oswald Cobblepot.

We’ll update the post once we find out which platforms the Loot Crate codes are for.

Loot Crate’s theme for November is Unite 2.0, which is all about the power of teamwork. For those wondering, Batman is here as part of DC’s Justice League contingent. Other franchises included in the mystery crate are Blizzard Entertainment’s Overwatch, DreamWorks Animation’s Voltron: Legendary Defender, and Saban’s Power Rangers.

They even made a ‘Pupstice League’ parody video.

The November Original Loot Crate is available for pre-order now for S$42, shipping and handling included.

Ade thinks there's nothing quite like a good game and a snug headcrab. He grew up with HIDEO KOJIMA's Metal Gear Solid, lives for RPGs, and is waiting for light guns to make their comeback.
Previous post ROG Masters APAC Qualifiers – 5 Minutes with Team One Time Wonder
Next post Warhammer 40,000 descends on World of Tanks Blitz