Batman, Scribblenauts and F.E.A.R. in the Humble WB Games Bundle 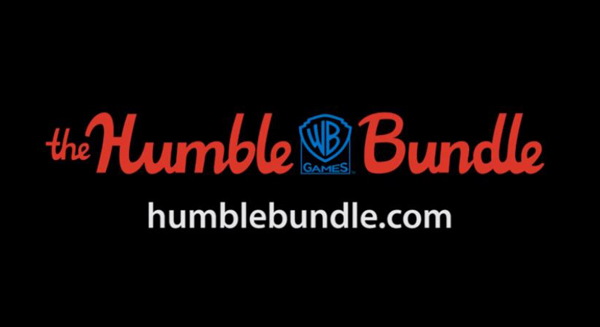 It’s a good idea to remind people about Humble Bundle’s existence every now and again, especially when their latest pack consists of some delectable treats. All games listed here require Steam and are for Windows.

This time its The Humble WB Games Bundle and the treats in question are F.E.A.R. 2: Project Origin, F.E.A.R. 3, Lord of the Rings: War in the North and Batman: Arkham Asylum Game of the Year.

Paying above the average – which is US$4.58 at time of writing – will also get you Batman: Arkham City GOTY and Scribblenauts Unlimited.

As is the case with most Humble Bundles, the games are worth well above the minimum price that they’re asking for. Now that Games for Windows LIVE is a memory we can all shove under the rug, there’s never been a better time to experience Rocksteady’s wonderful Arkham games. Scribblenauts Unlimited perfected the series’ formula so silly entertainment is bound to be had there – don’t let its looks fool you!

F.E.A.R. 2 and 3 are the side dishes here but they do deliver what they promise: a supernaturally themed shooter. It doesn’t manage to capture the first game’s charm, in my opinion, although having a new setting to shoot your guns in is a nice change once in a while.

A word of warning for Lord of the Rings: War in the North, however. The game is decent as a co-op hack-and-slash RPG (wouldn’t be all that fun alone) but be prepared to run into bugs, some of which are potentially game-breaking thanks to its heavy reliance on scripted events. The port doesn’t even bother with a proper save system, so always make a backup of your save files before starting a session.

The charity spotlight goes to DC Entertainment’s own initiative, We Can Be Heroes. The campaign aims to raise awareness and funds to help the eight million people suffering from a hunger crisis in the Horn of Africa, so dig a little deeper from that virtual wallet if you can spare it. Remember that you can specify how much of and where your proceeds go to.

One other thing to be aware of: Humble Bundle recently changed their Steam keys policy, requiring you to link accounts for immediate redemption. It’s likely in response to the abuse that they get, where bundles get traded off or sold for a profit. That said the spirit of gifting endures; aside from purchasing an entire bundle for a friend via  email, you can now gift individual games from your own purchase following these instructions.

Ade thinks there's nothing quite like a good game and a snug headcrab. He grew up with HIDEO KOJIMA's Metal Gear Solid, lives for RPGs, and is waiting for light guns to make their comeback.
Previous post Heavenly Sword Returns as CGI Movie
Next post Path of Exile Gets Published In Singapore and Malaysia