Asiasoft Celebrates Diablo III’s One Year Anniversary with A Deal 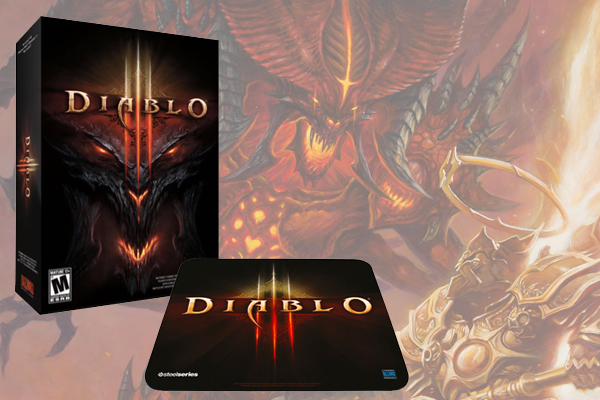 It’s already been a year since the record-setting global launch of Blizzard’s Diablo III, a game which eventually sold more than 12 million copies by the end of 2012. Opinions over the highly-anticipated sequel have been clearly divided, but if you’ve been holding out for a sale then that time has come.

Starting today until 30 May 2013, you can buy a copy of Diablo III at just SGD69, down from the usual retail price of SGD89. Our Malaysian friends across the border will enjoy a discount too: MYR168 instead of MYR218. It may not sound like much but bear in mind that Blizzard sales don’t come often. Add to the fact that you’ll get a free SteelSeries mousepad (while stocks last!) with the purchase and this deal is starting to look pretty good.

To see where you can get your hands on this bad boy, check out this list of participating retailers.

Ade thinks there's nothing quite like a good game and a snug headcrab. He grew up with HIDEO KOJIMA's Metal Gear Solid, lives for RPGs, and is waiting for light guns to make their comeback.
Previous post Three Cartoon Network Games For Fall 2013
Next post Capcom releases web demo for Gyakuten Saiban 5