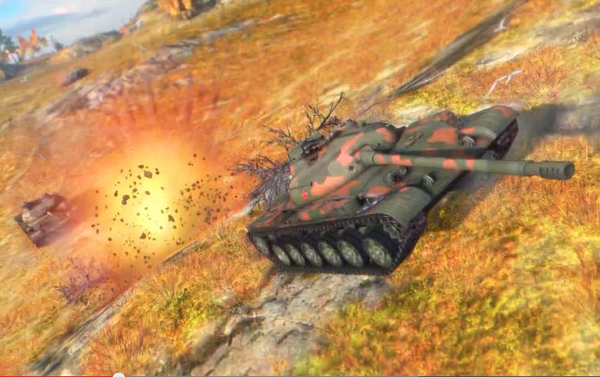 Wargaming has announced the release of Update 8.8 for their flagship MMO action game, World of Tanks. Europe and North America will get the update on 11 September while Asia gets it a week later, on 18 September.

8.8 brings the usual round of updates to the team-based tank romp. A new map, Tundra, looks like a blend between Karelia and Mountain Pass, with its summer colours and lone bridge. For some reason this particular tundra actually has trees, although we’re certain that players will be thankful for the camouflage bonuses they provide. Old maps such as Serene Coast, Komarin and Swamp will also be back in circulation, albeit with a few much-needed improvements.

The focus for this update is clearly the new line of Soviet medium tanks. Branching out after the Tier V T-34 is the A-43, followed by the A-44 and Object 416. No Tier IX vehicle in this instance but we do get the Object 140 at Tier X.

Other additions include a Tier IV heavy tank and a Tier VI medium tank for the Germans, whereas the Chinese get two new Tier VIII premium tanks added to the gift store. We’ll also see revisions to the two Tier VI German medium tanks and plenty of other changes to gameplay mechanics.

Full patch notes will be out closer towards release.

By the way, your in-game crew will finally have the option to speak in their native language! Unless you already use mods, it’s refreshing to hear different voices for once.

Ade thinks there's nothing quite like a good game and a snug headcrab. He grew up with HIDEO KOJIMA's Metal Gear Solid, lives for RPGs, and is waiting for light guns to make their comeback.
Previous post The Bold and The Colourful: Apple announces 5S and 5C iPhones
Next post Map for Grand Theft Auto V Leaked