Armored slugfest World of Tanks out now on PS4 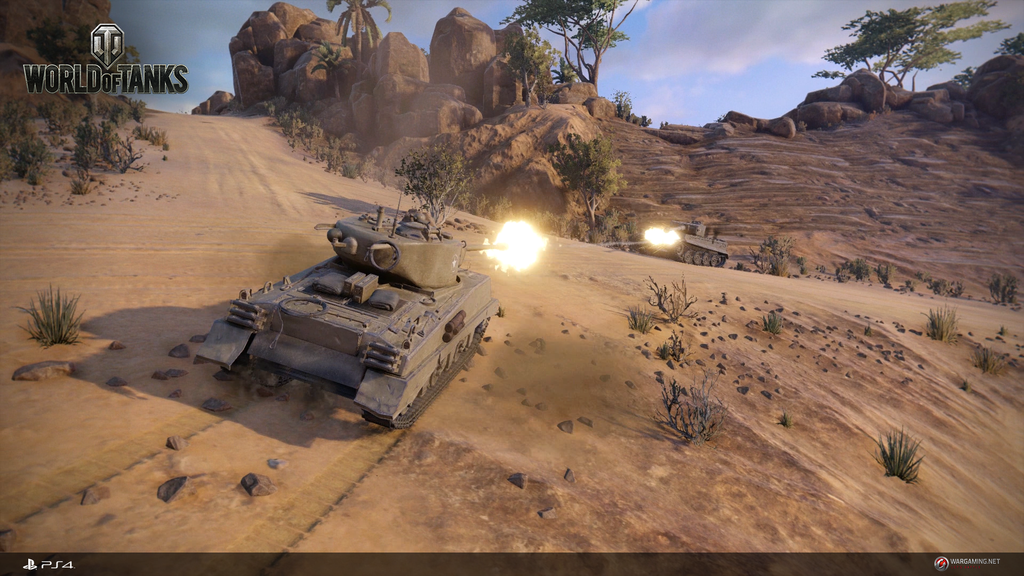 Wargaming’s brand of online tank warfare finally rumbles onto the PlayStation 4, granting more console gamers the chance to fire big guns at one another. To celebrate the launch they’re giving out a free US light tank (in-game, mind you) and other exclusive bonuses, as long as players jump aboard before January ends.

The PlayStation 4 version launches with over 130 armored vehicles: tanks of various weight classes accompanying tank destroyers and mobile artillery, all based on working and prototype models from the USA, Germany, and USSR. It’s not as all-encompassing as the PC version, which debuted in yearTK, but it does make use of console features such as Share Play and PlayStation Vita Remote Play.

Keeping in line wth its free-to-play model, World of Tanks PS4 is not gated behind a PlayStation Plus membership or any other fees. There is, of course, an in-game shop with premium time, consumables, and services; if it’s anything like the PC version then these options grow increasingly enticing over time

To sweeten the deal, players who log in by 31 January will magically find a T1E6-PS US premium light tank (with special camouflage, no less) sitting in their garage. It should be noted that premium tanks, usually exclusive to the cash shop or other events, are not necessarily better than their non-premium peers — a player’s skill and experience still matters most in the heat of combat.

Those who put a Panzer IV Ausf. H Elite tank out of comission during regular battle will also unlock a colorful Girls und Panzer variant, capitalizing on the show’s immense popularity amongst players.

Over in the PlayStation Store are exclusive Founder’s Pack bundles, alongside a PS Plus-exclusive Premium Bundle.

Now to see if Wargaming will bring the even larger guns of World of Warships to the platform. Perhaps a Kancolle partnership, too?

Ade thinks there's nothing quite like a good game and a snug headcrab. He grew up with HIDEO KOJIMA's Metal Gear Solid, lives for RPGs, and is waiting for light guns to make their comeback.
Previous post Bravely Second pre-launch demo coming on 11 Feb
Next post XCOM 2 getting multiple mods on launch day