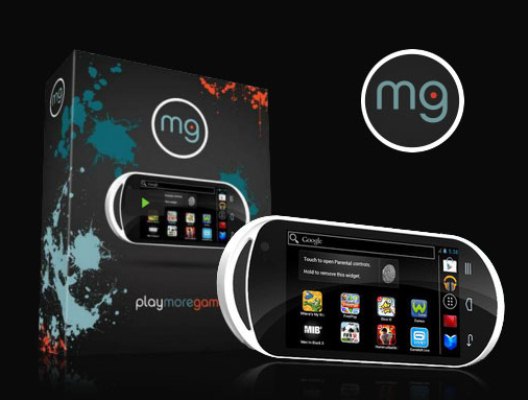 A dedicated Android gaming portable is going to be available, thanks to PlayMG, a new startup formed by veterans from the electronics, game, and social industries.

The simply named ‘MG’ will be launched by this holiday season in North America. The Wi-Fi based device will not come with any data plans, and is pegged at a suggest retail price of US$169.99.

The MG will ship with preloaded games and a cash credit for future game purchases. It will come with the Google Android Ice Cream Sandwich OS installed, and will feature a 4 inch touchscreen, 4GB worth of built in memory, and a SD port. It also has a 1.3MP front-facing camera and the ability to shoot and play videos. Sounds like your bog standard gaming portable… but there’s more to the MG than that.

Its software is what really interests us. The MG has its MG Origins Avatar System, where players can gain points, and customise and unlock the origin story of their personal gaming companion. No further elaboration was made on this, but it sounds like you’ll be able to customise your own avatar, like a Mii on the Nintendo platforms.

There’s also a MG Family Collaboration System, which comes with the DebitSmart Digital Wallet and the Remote Trust notification function. These two apps work together to let parents control a reloadable debit account that their kids can then use to purchase games with. Thus dawns a new era where children no longer have to beg their parents for credit cards.

According to Games Industry International, the first 2,000 early adoptors of MG’s Kickstarter will get an MG with each US$99 pledge. Other supporters will be able to get theirs at US$149. The Kickstarter is scheduled to go live tomorrow.

Previous post Here's The MGS: Ground Zeroes Trailer You Were Looking for
Next post MMORPG The Secret World Not Doing As Well As Expected