All 25 of Battleborn’s heroes now revealed 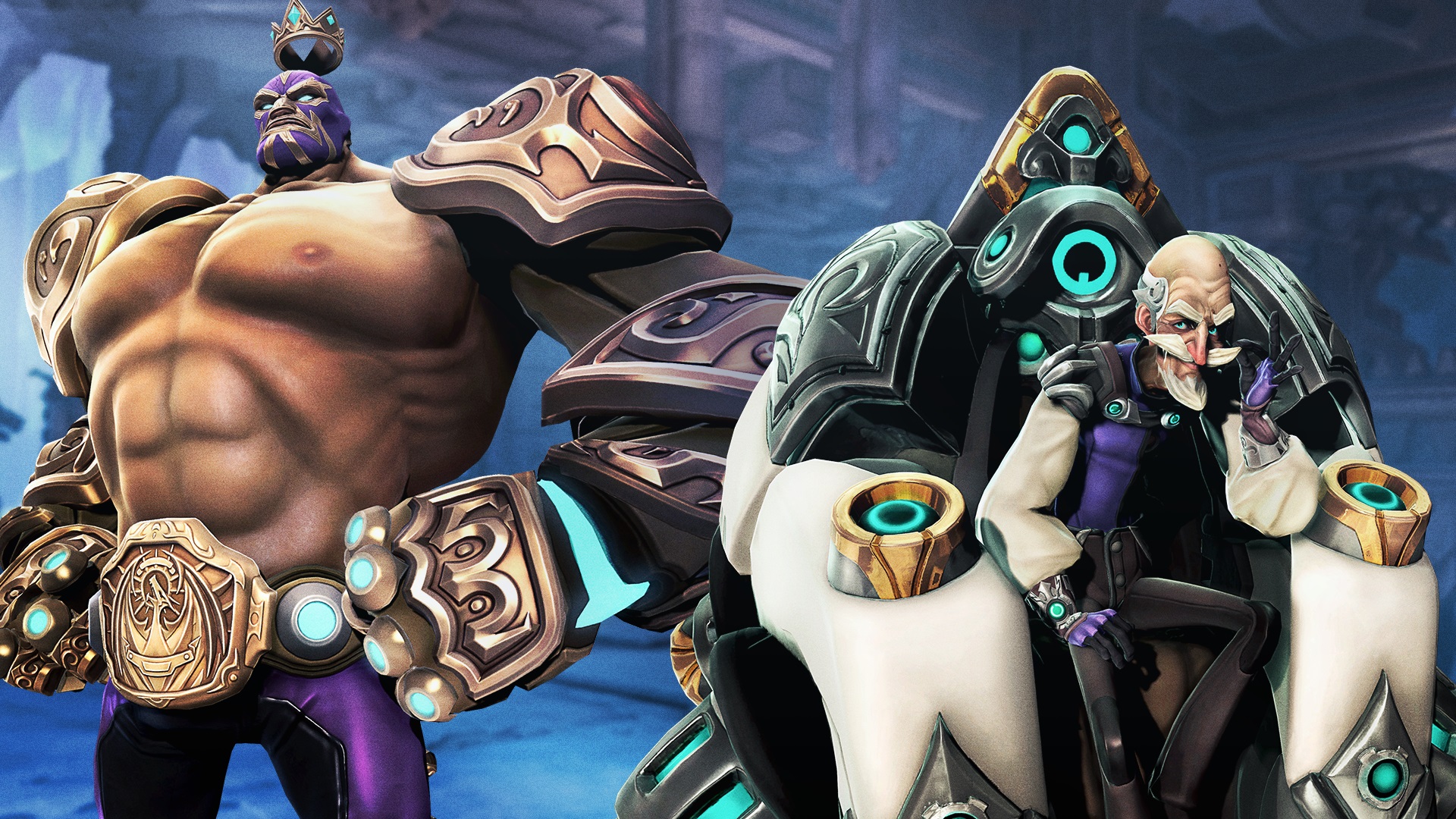 Gearbox Software’s announcement of Battleborn heroes Kleese and El Dragón marks the full unveiling of the game’s 25-character cast, just as we move a month closer to its 3 May release date.

Kleese clearly aced his mannerism classes at Villainy 101. Perpetually ensconced in a hovering throne, the elderly mad scientist can be seen stroking either his white goatee or a virtual cat. With no lackeys to boss around, the bald genius relies instead on his engineering prowess.

While clearly capable of holding things on his own, Kleese’s large size and skillset position him as a great support character. Being able to rapidly deny enemy movement (or outright kill them all) will undoubtedly be a godsend at checkpoints or contested zones.

If all that science and leather upholstery is too highbrow for your tastes, then perhaps a space luchador can better rock your world.

El Dragón had both his arms ripped off by a rogue AI during a championship match, but all that did was give him an excuse to have cybernetic arms.

The champion wrestler — you can tell by the tiny floating crown — adopts the simple life goal of running towards your enemies and hitting them in the face. Iconic wrestling moves such as clotheslines and frog splashes complement his punching repertoire, and when things get a little hairy El Dragón  can go “En Fuego” to supercharge his attacks.

There’s always room for a well-timed berserk charge to truly mess up your enemy’s plans, and honestly, who better to play the role than a space luchador?

Kleese and El Dragón join February’s hero reveals — Whiskey Foxtrot, Kelvin, and Shane and Aurox — to make up the final five Battleborn in this complete list.

And don’t forget that there’ll be a story mode too, which can be tackled either alone, with up to four others online, or through 2-player split screen on consoles.

Battleborn releases on May 3 for PC, PlayStation 4, and Xbox One. Mushroom healing is best healing.

Ade thinks there's nothing quite like a good game and a snug headcrab. He grew up with HIDEO KOJIMA's Metal Gear Solid, lives for RPGs, and is waiting for light guns to make their comeback.
Previous post EL Gaming & Gold Bass to represent Asia in The Grand Finals in Warsaw
Next post MLB The Show 16 batters up for 29 Mar release