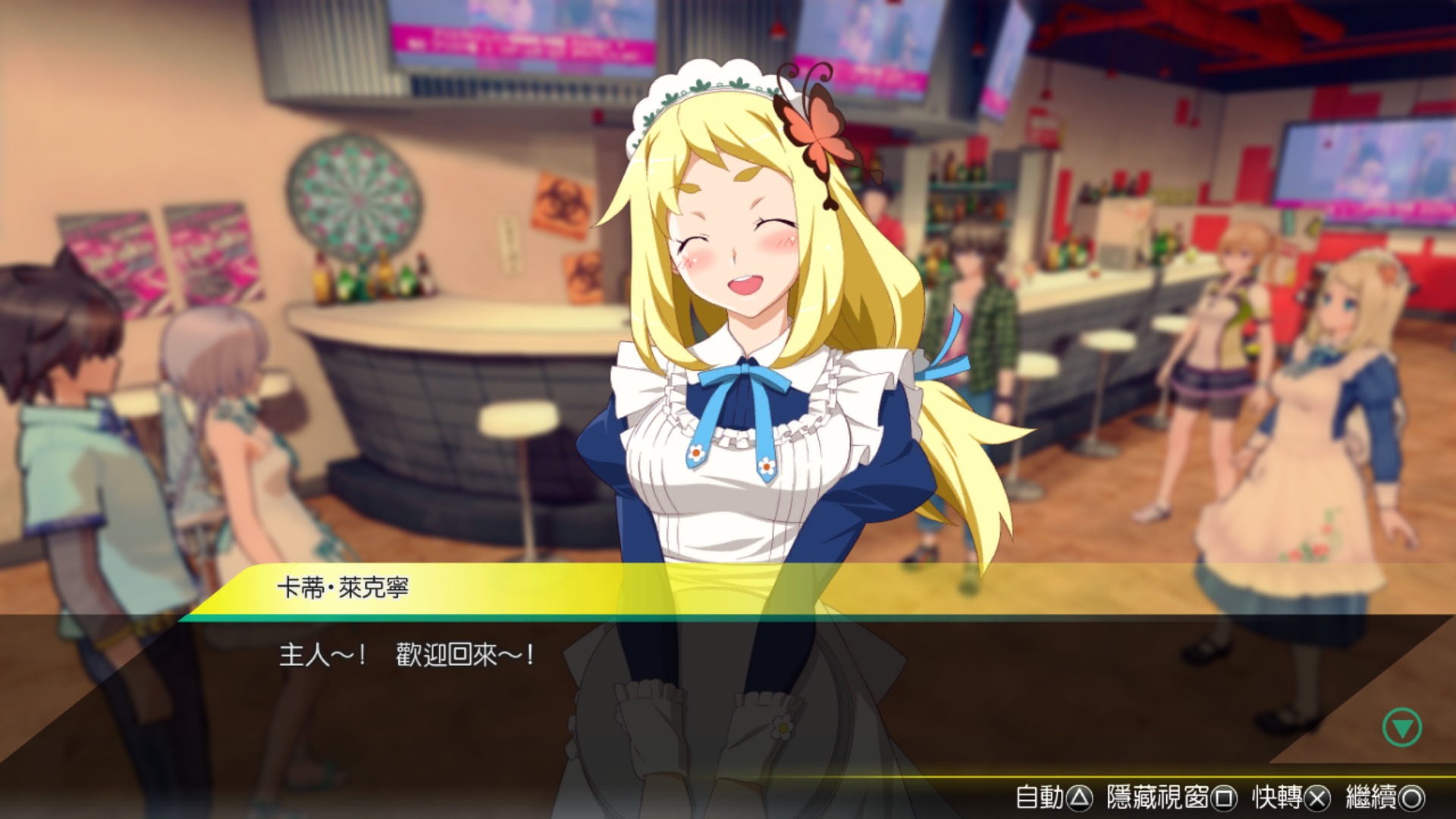 Unless you’re already acquainted with Acquire Corp.’s AKIBA’S TRIP 2, this game will probably leave a bad first impression. It’s not hard to see why, from the sneaky title design to the downright confusing/horrifying gameplay videos out there. However, as the Traditional Chinese version releases today let’s briefly take a look at what this romp’s really about.

Yes, you are going to play a character who stalks the streets of Akihabara, stripping people down to their underthings by picking a fight. The clothes-ripping goes both ways but pull though in the end and hopefully your opponent crumbles into dust under the harsh glare of the sun. Congratulations, you vanquished a vampire! Otherwise, watch your humiliated victim flee in terror – you monster.

This being Akihabara, expect to visit electronic stores, maid cafes and more, especially when 130 of them are based on existing ones.  There’s also a layer of romance and story-based choices to it but we can’t comment without playing it first. Unfortunately, that option only extends to those who understand Japanese, Traditional Chinese or Korean.

This PlayStation 4 version brings with it some improvements. Other than the obligatory visual upgrades and shorter load times (compared to the PS Vita), we’re also getting more NPC pedestrians, all available DLC and a visual editor. They’ve also added player-audience interactivity thanks to the PS4’s broadcast feature, most notably allowing viewers to play as the resident NPCs.

Ade thinks there's nothing quite like a good game and a snug headcrab. He grew up with HIDEO KOJIMA's Metal Gear Solid, lives for RPGs, and is waiting for light guns to make their comeback.
Previous post The Sims 4 Now Available. Here's A Recap On What Didn't Make It
Next post Samsung and Oculus Team Up for Gear VR