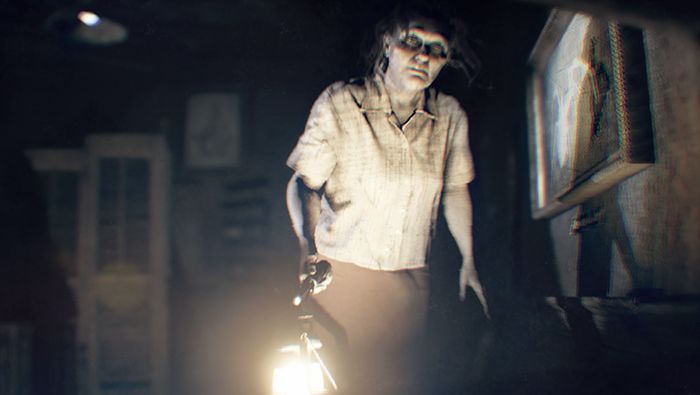 More than 94,000 people have braved Resident Evil 7 biohazard on PlayStation VR, reports the game’s official global statistics site.  The figure is an important milestone for Sony PlayStation’s push into virtual reality, representing the headset’s first killer app since its launch in October 2016.

Although the site doesn’t specifically state “PlayStation VR”, the fact remains that there aren’t any other alternatives – RE7 is currently tied to Sony for VR exclusivity.

As of writing, VR users comprise 9.39% of the 1 million Resident Evil 7 players accounted for.  It’s worth pointing out that those numbers aren’t absolute since Capcom’s data collection is explicitly voluntary. Nonetheless, it’s an impressive start for Sony’s fledgling headset, which is poised to receive even more VR titles later this year.

Capcom deserves credit as well, not only for crafting an immaculate return to horror but for delivering complete VR implementation, plunging gamers into its creepy world from start to end. It’s an honor that not even upcoming games can attest to, with some studios opting to create standalone VR experiences.

Tracking VR performance is no easy feat. Sony has been coy about PS VR sales thus far, with CFO Kenichiro Yoshida stating that it was “on track” in their last financial report. PC competitors HTC Vive and Oculus Rift have been equally tight-lipped, forcing sleuths to look at bundled game statistics to make educated guesses. While Steam’s December Hardware Survey shows more Vive users than the Oculus, the survey itself isn’t accurate, relying on users to both opt-in and have their headsets connected.

Naturally, price remains the biggest selling factor. It wouldn’t be a stretch to say that PlayStation’s $599 kit has been outselling its pricier PC competition, with sales for all three behind “impulse buy” options such as Samsung’s Gear VR and Google’s Daydream.

With most early adopters already on board, the spotlight now falls to game developers to sustain the virtual reality ecosystem, lest general consumer interest wanes before the headset prices do.

Hopefully, Resident Evil 7 biohazard’s excellent example is a sign of things to come. Here’s what we thought about the butt-clenching journey.

Ade thinks there's nothing quite like a good game and a snug headcrab. He grew up with HIDEO KOJIMA's Metal Gear Solid, lives for RPGs, and is waiting for light guns to make their comeback.
Previous post Darksiders: Warmastered Edition Review
Next post Review: Kingdom Hearts HD II.8 Final Chapter Prologue