4v1 Shooter Evolve is Out Today 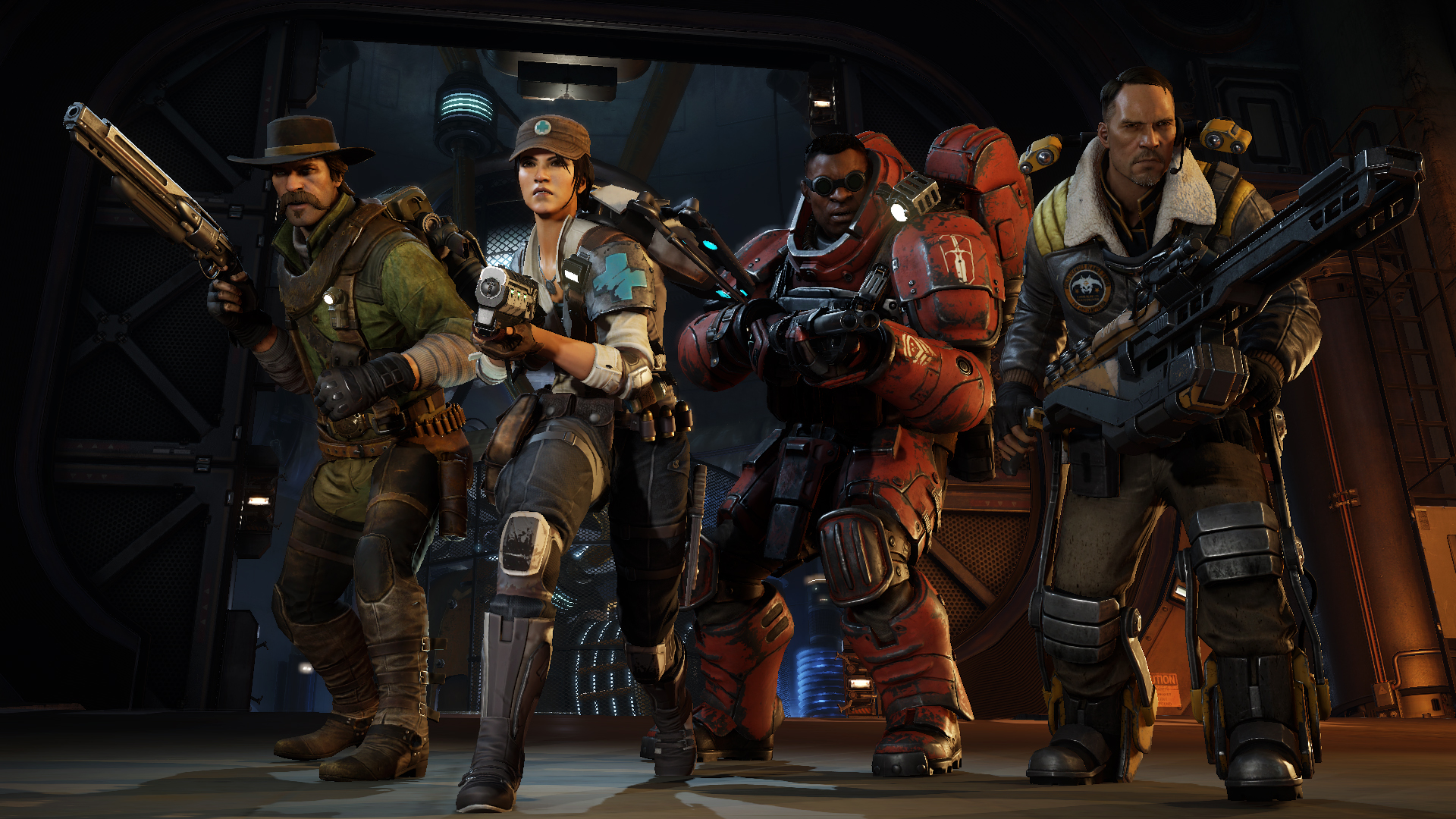 Turtle Rock Studios’ Evolve is finally available for Windows PC, PlayStation 4, and Xbox One. The asymmetric multiplayer comes from the creators of Left 4 Dead so they certainly know a thing or two about intense cooperative experiences.

“Our philosophy is to build incredibly fun game experiences that we can’t find anywhere else, and we’ve achieved that with Evolve,” said Chris Ashton, the co-founder and design director at Turtle Rock Studios, in a press release. “After years of iteration and playing the game every day, Evolve is a polished and balanced experience for players to enjoy online, cooperatively with friends against AI, or completely alone offline.”

While the concept isn’t entirely new, especially if we cast our gaze at RPGS, Turtle Rock’s take on the formula has certainly been an enjoyable one thus far. Their cast of characters helps keep things interesting, and having vital secondary weapons means everyone has an important role at various stages of the hunt. The same can be said of the monsters too, which all require different tactics.

Evolve gained some notoriety pre-release regarding its confusing DLC plans, which is pretty much 2K’s habit since Borderlands came around. We listed what’s available and where in a previous post (midway down)., though it’s worth pointing out that future maps will be accessible to all players.

Keep in mind that there’s a 3GB day-one patch for optimization and bug-squashing. Players who’d like to keep racking up experience outside the game can have a go at the Evolve: Hunters Quest app, a free match-three game for iOS and Android.

Ade thinks there's nothing quite like a good game and a snug headcrab. He grew up with HIDEO KOJIMA's Metal Gear Solid, lives for RPGs, and is waiting for light guns to make their comeback.
Previous post Steam Inventory Service Brings Tradable Items to Non-Valve Games
Next post Bethesda Will Actually Have an E3 Conference This Year