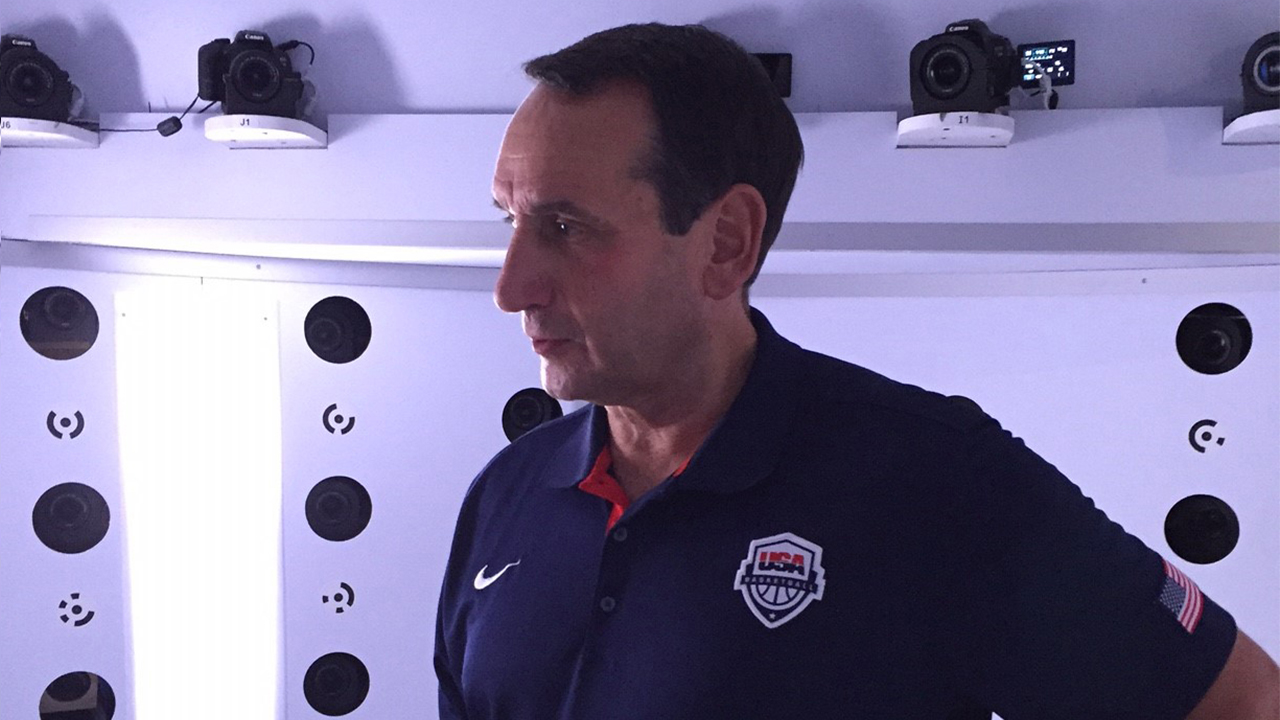 The full roster of the 2016 USA Basketball Men’s National Team will be appearing in NBA 2K17, as will long-time Duke University coach Mike Krzyzewski and the 1992 “Dream Team.”

This is a renewed partnership between 2K and the USA team, the earlier tie-up being NBA 2K13 on last-gen consoles. What’s significant is Krzyzewski, who – in his final year as Team USA’s head coach – finally makes his debut in the leading videogame franchise.

“Basketball has become an iconic part of American sports heritage, and I’m thrilled that fans can play with this year’s roster in NBA 2K,” said Krzyzewski in a press release. “NBA 2K17 is the best way to connect to legends of the past ‘Dream Team’ while celebrating the success of this year’s roster.”

Naturally, players will find him in the revamped tutorial mode and on the sidelines coaching the 2016 national team.

The “Dream Team” here refers to the 1992 Olympic lineup of NBA Hall of Famers Michael Jordan, Larry Bird, Magic Johnson, Clyde Drexler, Karl Malone and David Robinson, regarded as the greatest collection of basketball talent in history. However, the team is currently touted as a pre-order incentive so interested fans will need to make their purchasing decisions sooner rather than later.

Those who go for the pre-order will also receive a USA Basketball MyTEAM card and MyPLAYER jersey, as well as early access starting 16 Sep.

Ade thinks there's nothing quite like a good game and a snug headcrab. He grew up with HIDEO KOJIMA's Metal Gear Solid, lives for RPGs, and is waiting for light guns to make their comeback.
Previous post StarCraft Universe enters Open Beta
Next post Summer sales come to the PlayStation Store