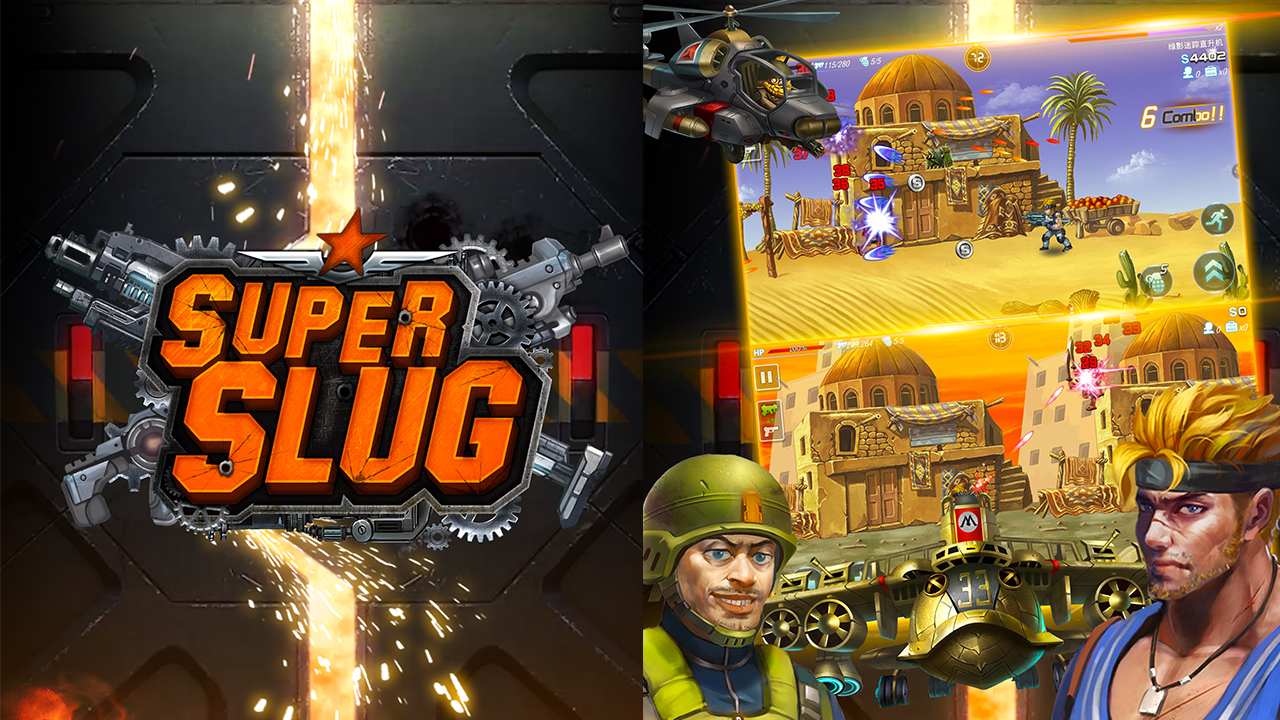 Earlier this month, Asiasoft released Super Slug for iOS, Android, and PC. The 2D side-scrolling shooter has players taking on enemy soldiers and vehicles with an assortment of gear and machinery of their own, all of which is heavily styled after SNK’s arcade classic, Metal Slug.

There are quite a few Metal Slug-inspired games out on the app stores already, including outright clones, but Super Slug mixes things up by having over 100 weapon types and more than 1,000 armor options. It gets a little over the top too, with bombing runs courtesy of artillery, stealth bombers, and even aircraft carriers.

There a couple of modes to choose from but nothing that’s out of the ordinary for a mobile game.

Super Slug doesn’t match up with the source material’s excellent sprite and animation quality, and it suffers from a few translation quirks too, but it does deliver on the promise of a 2D arcade shooter filled with bizarre enemy units to take down.

Super Slug is currently available for Southeast Asian countries in English and Thai.

Ade thinks there's nothing quite like a good game and a snug headcrab. He grew up with HIDEO KOJIMA's Metal Gear Solid, lives for RPGs, and is waiting for light guns to make their comeback.
Previous post Welcome to Rapture! BioShock: The Collection out now
Next post TGS Impression: Driveclub VR should be played with a driving wheel