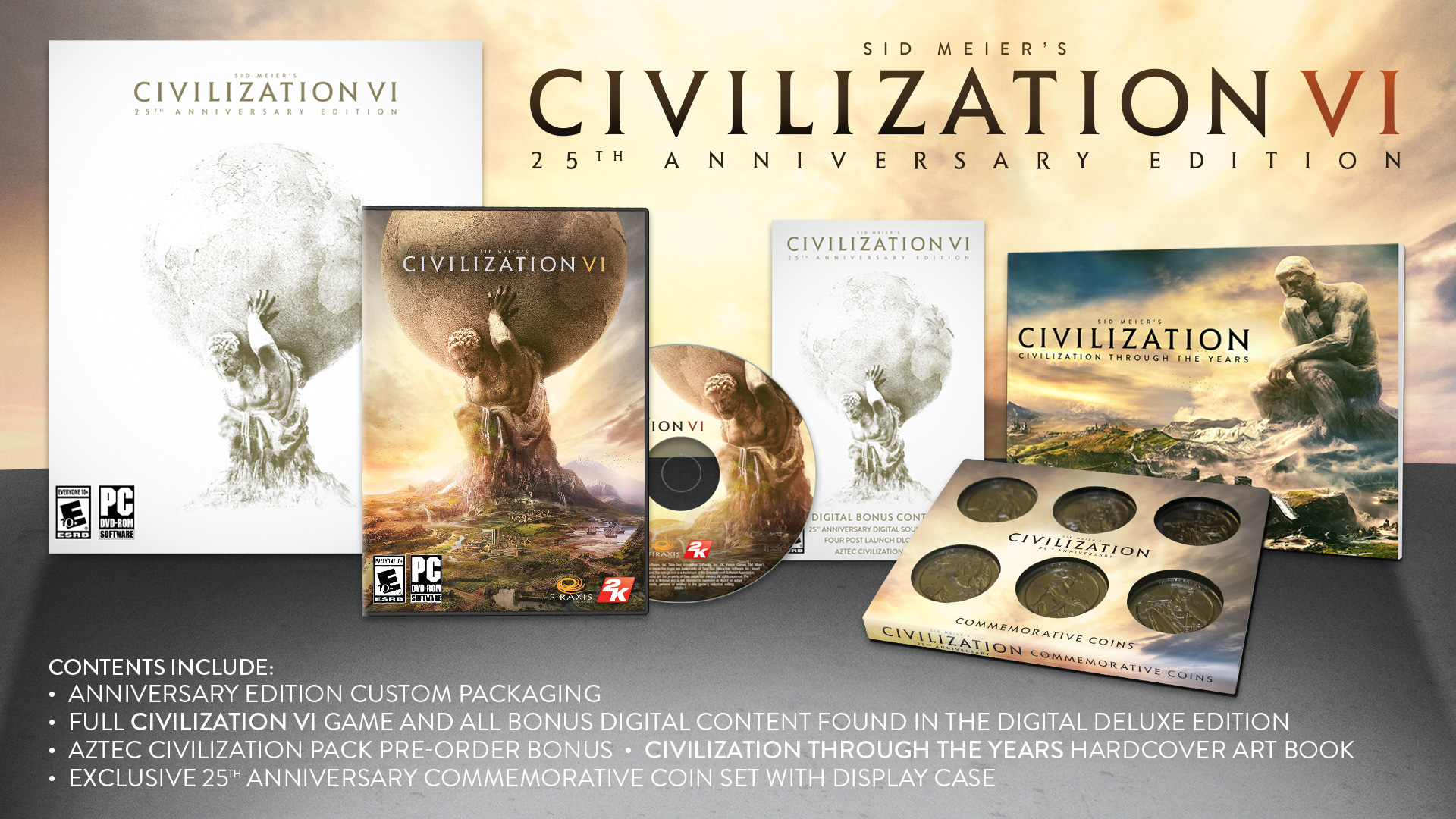 Sid Meier’s Civilization is on a long and memorable run. What started in 1991 as an MS-DOS game with 15 playable civilizations has blossomed into a genre-defining franchise, with the last complete release featuring a total of 43 civilizations, each with their unique set of traits.

If you have countless memories of chasing barbarians, founding cities and managing empires, then perhaps the Civilization VI 25th Anniversary Edition is for you.

With only 200,000 copies available worldwide, the custom-packaged box set features the following goodies:

That Aztec pre-order bonus is simply for 90-days exclusivity – the civilization will be available to all game owners afterward, as it should be.

“The vitality of Civilization is in the new ideas that each design team brings to the game as well as the passion and feedback from an incredible community,” said Sid Meier, Director of Creative Development at Firaxis Games.

“We hope players enjoy the vibrant living world and the new features the team has created in this latest offering. I’m proud of the work they’ve done, and I hope you will enjoy playing Civilization VI as much as they’ve enjoyed making it. Here’s to the next 25 years!”

As handsome as the packaging is, it’s a shame they aren’t including any “Making Of” videos or a world map utilizing their new cartographic style. They do have that art book going for them, however, which is something 2K should probably release a teaser for.

The Civilization VI 25th Anniversary Edition is available for pre-order now, at a suggested retail price of US$89.99 (approximately S$122).

Ade thinks there's nothing quite like a good game and a snug headcrab. He grew up with HIDEO KOJIMA's Metal Gear Solid, lives for RPGs, and is waiting for light guns to make their comeback.
Previous post Dark Souls III continues with ‘Ashes of Ariandel’ on October 25
Next post Funcom forums compromised, includes encrypted passwords