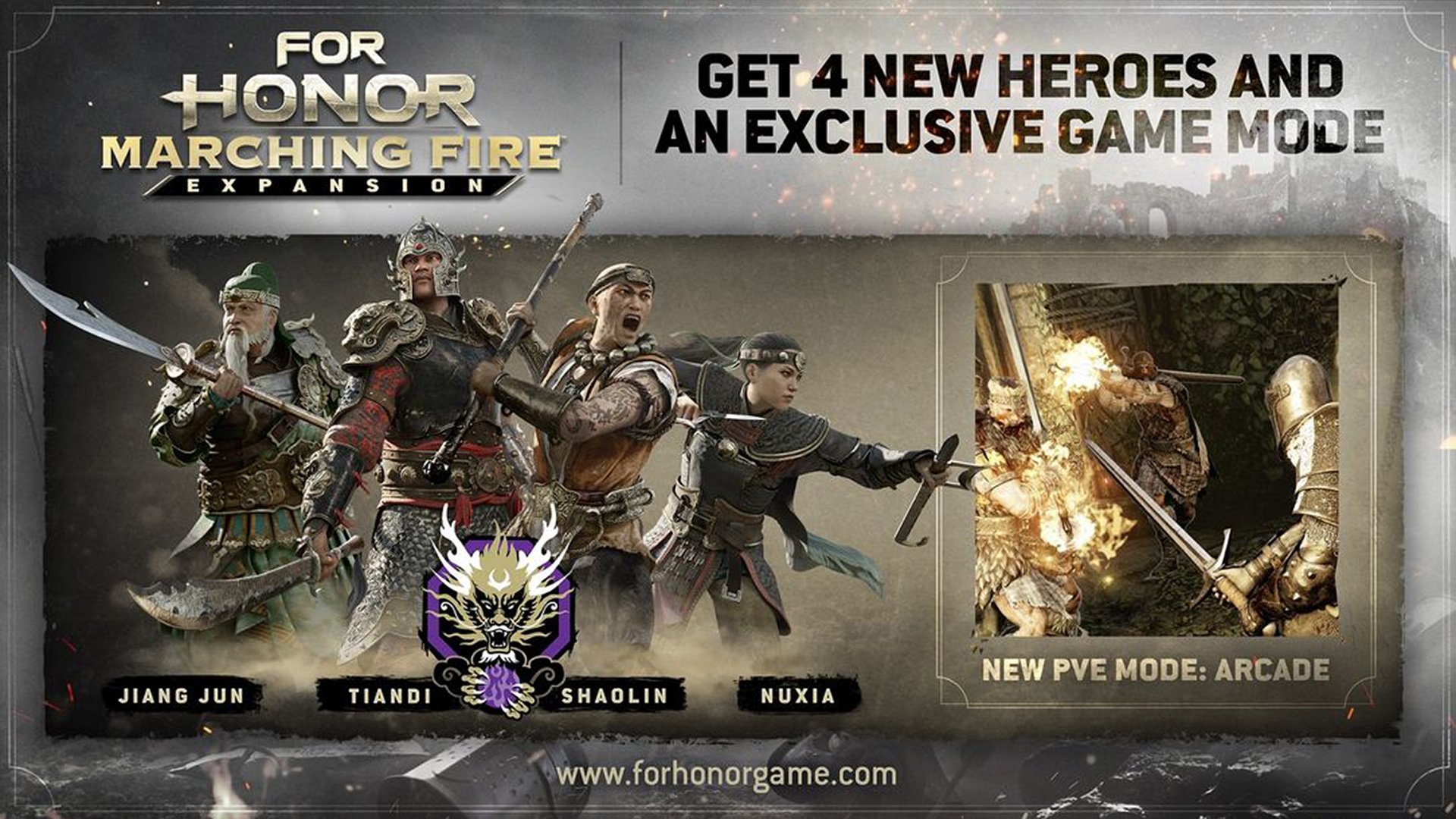 It may be time to take up the sword and shield once again in Ubisoft’s For Honor. The medieval fighting game has just received its “largest update so far” with the Marching Fire expansion, which adds a graphical overhaul, new gameplay modes, and the new Wu Lin faction.

We’ll start with the biggest addition. The Wu Lin are based on warriors from Ancient China, who according to the in-game lore are now travelling West to seek “vengeance from war, betrayal, and personal tragedies.”

Marching Fire owners can now access these four Wu Lin heroes, though they’ll be available to all For Honor players come 30 October for 15,000 in-game Steele each. 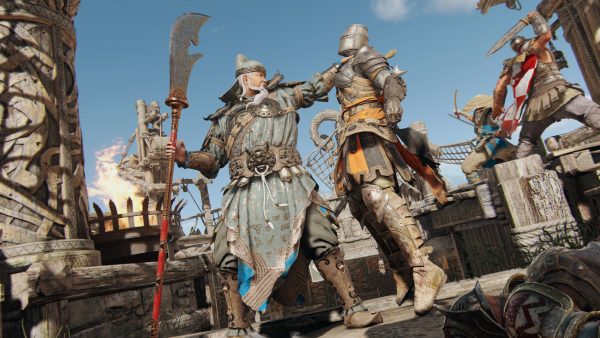 Being an online-focused game, it seems that Ubisoft are conscious about not fragmenting their player base too much. The new PvP Breach mode, for instance, is a 4v4 castle attack/defense that is playable by all. You’ll get to use both siege weapons and castle defenses to pursue your objective, with the attacking side getting a battering ram for some good old gate crashing.

The new PvE Arcade mode, however, is a little less straightforward. The mode itself isn’t hard to understand: a quick-play mode that has challenges in randomly-generated situations. It’s positioned as a proving ground to test and raise the reputation of new Heroes, and as new solo content for players done with the story. It supports co-op too, so long as the host owns the Marching Fire expansion. 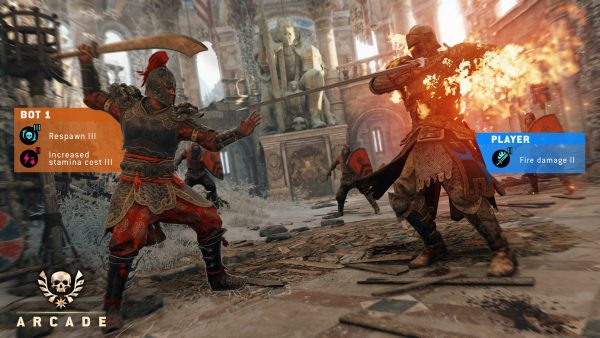 Everything else is released as a game-wide update, the most notable of these being a graphics overhaul in the form of improved textures, a revamped lighting system, and new sky gradients. Developers Ubisoft Montreal have also made quality-of-life improvements to the user interface, team voice chat, and Victory Celebration mechanic.

If you’re new, pick up the For Honor Marching Fire Edition to get fully up-to-date. The game is available on PC, PlayStation 4, and Xbox One.

Ade thinks there's nothing quite like a good game and a snug headcrab. He grew up with HIDEO KOJIMA's Metal Gear Solid, lives for RPGs, and is waiting for light guns to make their comeback.
Previous post Review — Like any fight, Fist of the North Star: Lost Paradise is best taken in short bursts
Next post GAX Deal Alert this week: Logitech G610 Orion Gaming Keyboard, Knights of the Old Republic, Hitman and so much more