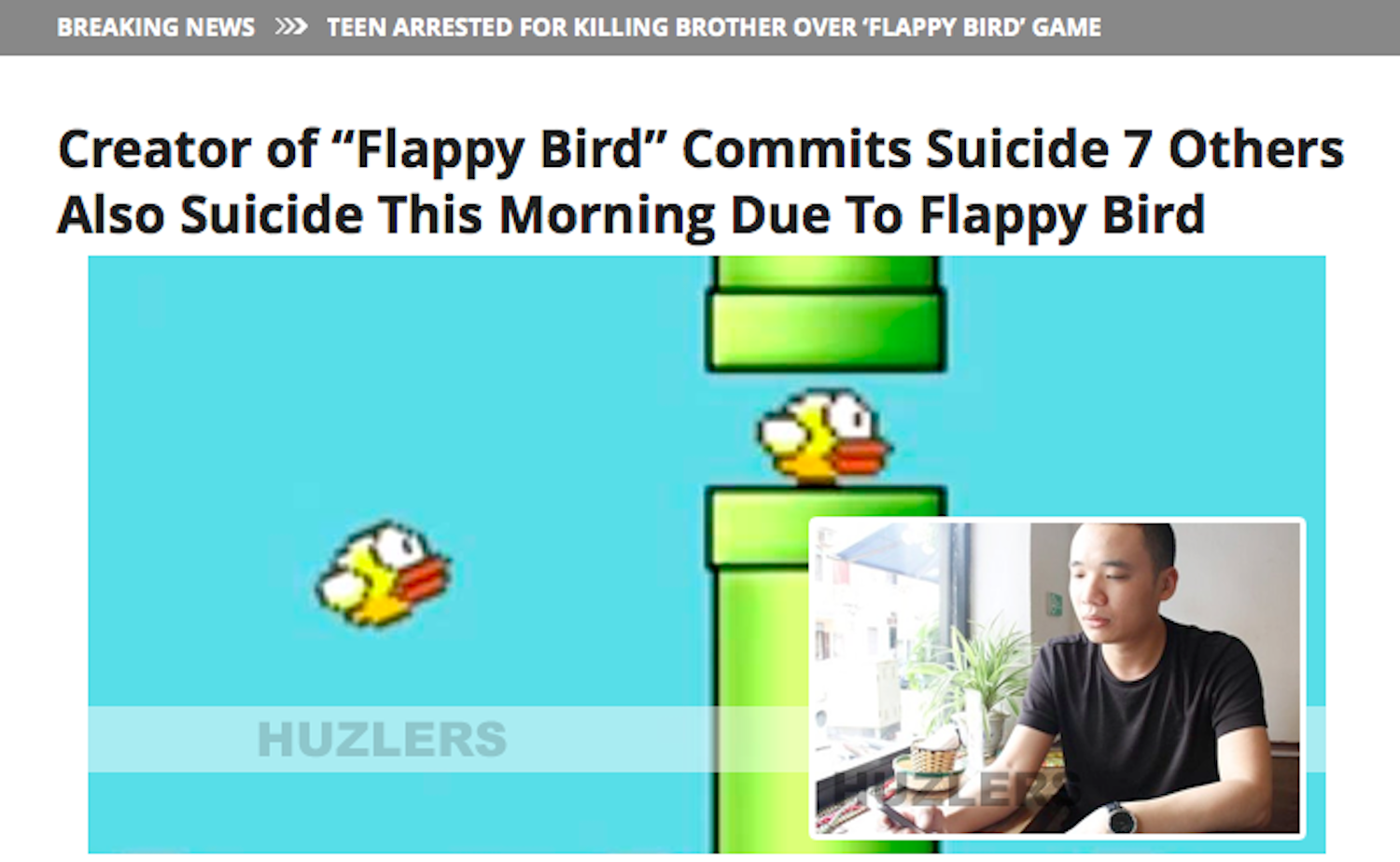 On the bus earlier today, a girl sitting behind me was telling her boyfriend ever so grimly that the creator of Flappy Bird had killed himself. She kept referring to this article on Huzlers. I dug deeper and found this article:

Since the removal of the game Flappy Bird from the iPhone App store and Google Play Store, there has also been 7 reports of suicides around the U.S. and U.K. today. Flappy Bird was removed from iPhone and Google App stores this morning and many believe the suicides are linked to this.

Flappy Bird was one of the most successful Apps raking in more than $50,000 per day in advertisement. According to tweets from the developer, it appears that Dong couldn’t handle the pressure and publicity generated since the release of the game. Nguyen stated yesterday via his twitter, “It is not anything related to legal issues, I just cannot keep it anymore.” The investigation of Dong Nguyen’s death is still being investigated to ensure there was no fowl play in the matter.

As convincing as the above article sounds (well, apart from the mention of chickens playing around; “fowl play”), it is completely false, and it is yet another one of those hoaxes that have found its way around the globe, borne by the media.

This rumour of Nguyen’s death comes from the same doubtful website that announced the murder of a teenage boy, committed by his brother, over Flappy Bird – Huzlers.

It is evident that Huzlers is not a credible source, but yet, people still repost and share their posts to the point that almost everyone believes it. Perhaps it’s time to take a step back from the Internet and think – should you really believe everything you read?

Previous post Scientists Use Videogames To Repair Brains
Next post Hearthstone: Rising Above the New Wave of Online Card Games