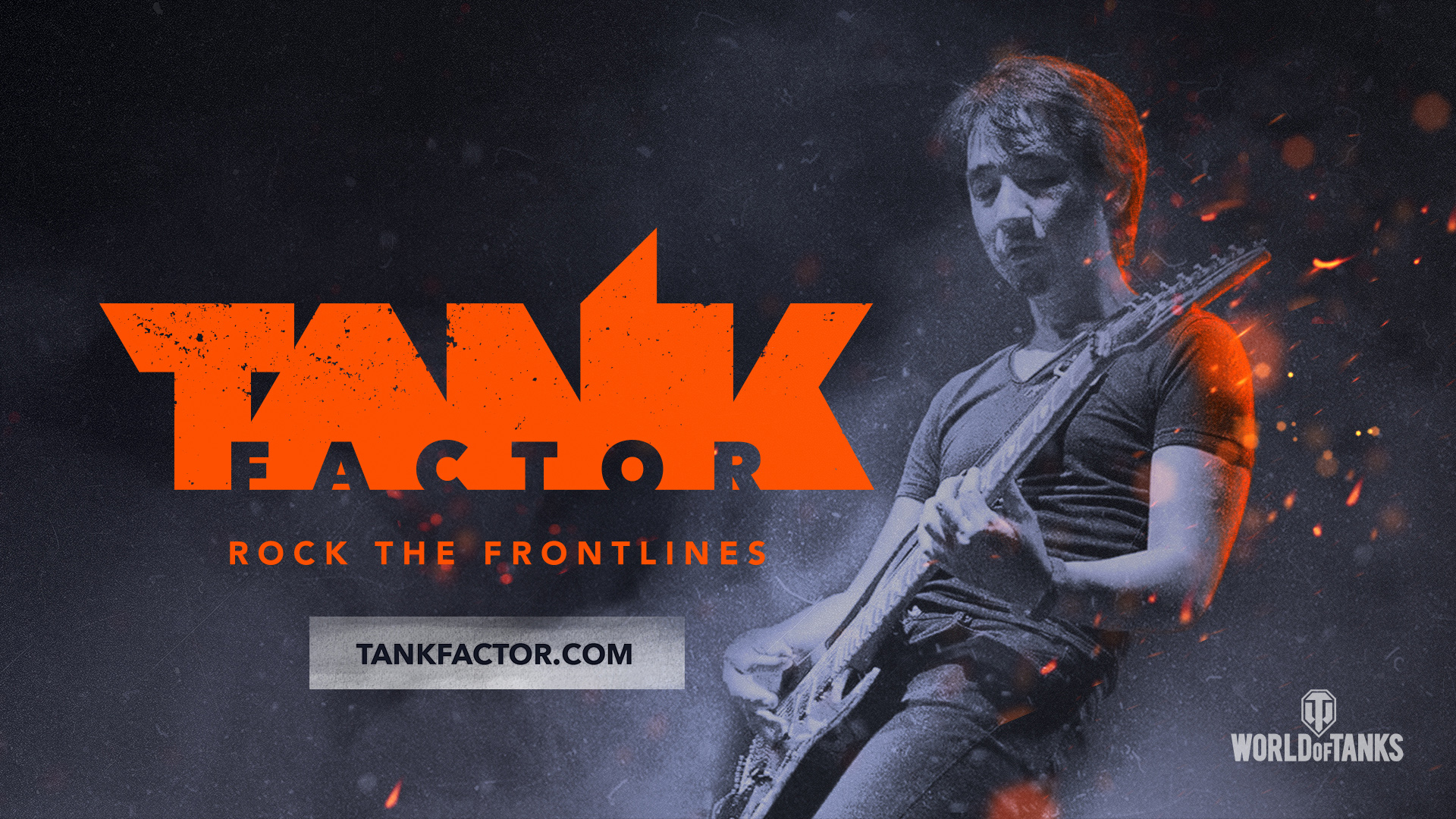 Wargaming is about to dip its toes in some reality programming with Tank Factor, a music competition comprising of public voting, jury picking, and stage time with Silent Hill composer Akira Yamaoka. What a time to be alive.

“As part of a total revamp of World of Tanks’ sound effects and soundtracks, to arrive next year, the game launched the Tank Factor music competition, and has been collaborating with different artists, including metal band Sabaton and legendary game musician Akira Yamaoka,” explains a press release.

Fair enough. As popular as game music covers and remixes are, they don’t seem to receive as much developer recognition as fan art and cosplay, so it’s nice to see Wargaming roping in the community for more than just a little fun.

The Tank Factor competition will have two open categories:

A cover is a live performance of an original variation of the World of Tanks main theme. If you’re an instrumental musician, then this is the category for you.

A remix is an electronic performance of the World of Tanks main theme, with the use of musical editing software. This category is great for DJs and electronic musicians.

Applications are open from now till 18 October, with public voting starting three days later. Those that make it into the Top 50 are then handed over to the judges, first narrowing it down to the Top 10 before finally choosing the two winners on 17 November.

Equipment prizes are in place for all Top 10 finalists, with the winners each getting some personal time with Yamaoka. The Best Cover star gets to perform on stage with him at the WG Fest in Moscow, while the Best Remix maestro scores a master class at the same event; flight and accommodation will be provided.

Head on over to the official page for all the necessary details, including contest rules. For instance, the submitted work must not be longer than five minutes nor exceed 20 Mb as an MP3 file.

The jury consists of:

Submitted works will be judged on its quality of concept, adaptation, and production.

For some background, Akira Yamaoka composed the soundtracks for nearly all of the Silent Hill games, including the two movies and the cancelled Silent Hills. Before volunteering for the gig, his credits at Konami (not necessarily composition) include Snatcher, Contra, Rumble Roses and more. He’s since jumped ship to Grasshopper Manufacture, serving as music director on Lollipop Chainsaw, Killer is Dead, and Let It Die to just name a few. The man’s been around, obviously rocks a guitar, and somehow still manages to find time for World of Tanks. I bet it’s to clear those daily ×2 bonuses.

Here he is with a special track included in the new OST.

Ade thinks there's nothing quite like a good game and a snug headcrab. He grew up with HIDEO KOJIMA's Metal Gear Solid, lives for RPGs, and is waiting for light guns to make their comeback.
Previous post Red Dead Redemption 2 is looking very, very good, in latest trailer
Next post Call of Duty: WWII PC open beta live this weekend