The Reaper of Souls Visits Singapore on 25 March 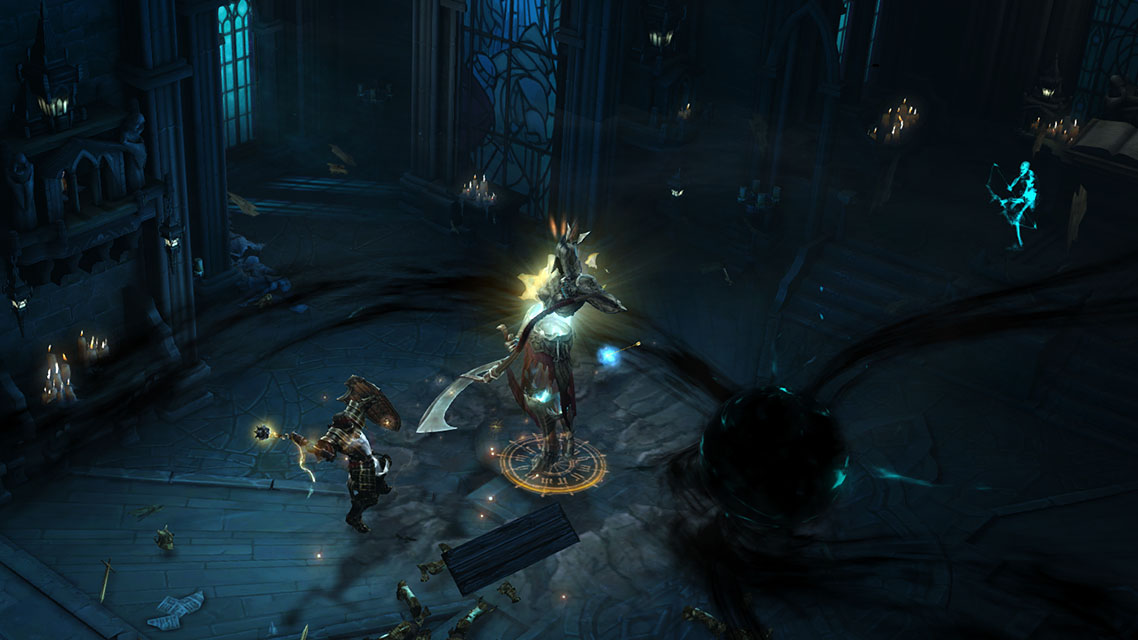 Death will be upon us before the month is over! This much I know, for a messenger bearing the Scroll of Press Release arrived nary a day ago, upon which bore the words “Diablo III: Reaper of Souls”, “25 March 2014” and “Shaw Theatres Lido”.  Stretch that right wrist and ready your wallet – we have a fallen angel to kill.

The expansion to Blizzard’s venerable hack-and-slash will soon be here, hot on the heels of patch 2.0.1. To celebrate the occasion, regional distributor Asiasoft will be holding a launch event open to the public. In attendance will be Michael Chu, Senior Game Designer for Reaper of Souls and Blizzard employee since 2001. He’ll be there for a box-signing and Q&A session so you fans out there really don’t want to miss this.

There’ll also be stage games and a massive lucky draw all throughout the day. We’re talking shirts, figurines, Steel Series peripherals and even Alienware laptops. Yes, plural, because they have two laptops to give away. Just remember to register for the event to be eligible!

However, do note that pre-order collections or retail sets will not be available at the event. Please head to your nearest retailer instead if you’re looking to pick up a copy. There’s the digital option of course but how else will you get that sweet autograph?

Suggested retail prices for Diablo III: Reaper of Souls is SG$49.99 for the Standard Edition and SG$99.99 for the Collector’s Edition.

Need the base game? Try the Battle.net shop, where Diablo III is currently discounted to US$19.99 (approximately SG$25) until 24 March SGT.

Incorrectly reported on the number of Alienware laptops they’ll be giving out for the grand lucky draw. Article has been updated accordingly!

Ade thinks there's nothing quite like a good game and a snug headcrab. He grew up with HIDEO KOJIMA's Metal Gear Solid, lives for RPGs, and is waiting for light guns to make their comeback.
Previous post WildStar Launches in June, Pre-Orders Open Soon
Next post Elder Scrolls Online Justifies Monthly Fee