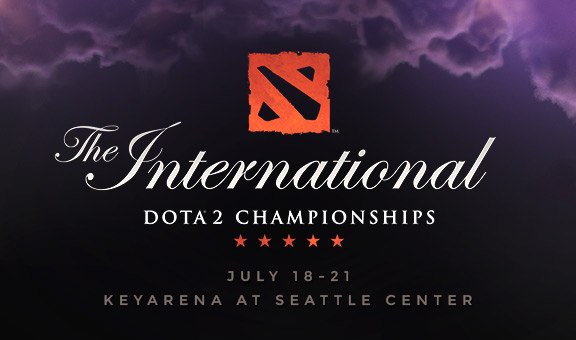 Valve’s Dota 2 team has just announced that this year’s The International will be held at KeyArena in Seattle on July 18–21 this year.

There will be 11 1 teams invited directly as well as four Regional Qualifiers taking place May 12th through the 25th. The winner of each Qualifier will receive an invitation, with the four runner-ups competing in Seattle for the final spot.

They’ve also outlined the three different tickets available for those wishing to attend, as well as when ticket sales begin. Valve is outsourcing that messy work to TicketMaster instead of using the Steam Store. Given just how high the demand is, though, there still might be a little frantic scrabbling going on.

Other than celebrating over the purple theme this year, what are your guesses on who those 11 invited teams are? We’ll definitely see the likes of Na’Vi, DK, Titan and other high-profile names but let us know who do you think will make the cut!

Ade thinks there's nothing quite like a good game and a snug headcrab. He grew up with HIDEO KOJIMA's Metal Gear Solid, lives for RPGs, and is waiting for light guns to make their comeback.
Previous post Metro Redux Confirmed for Next-Gen
Next post World of Tanks Gets A New Breed of Vehicle