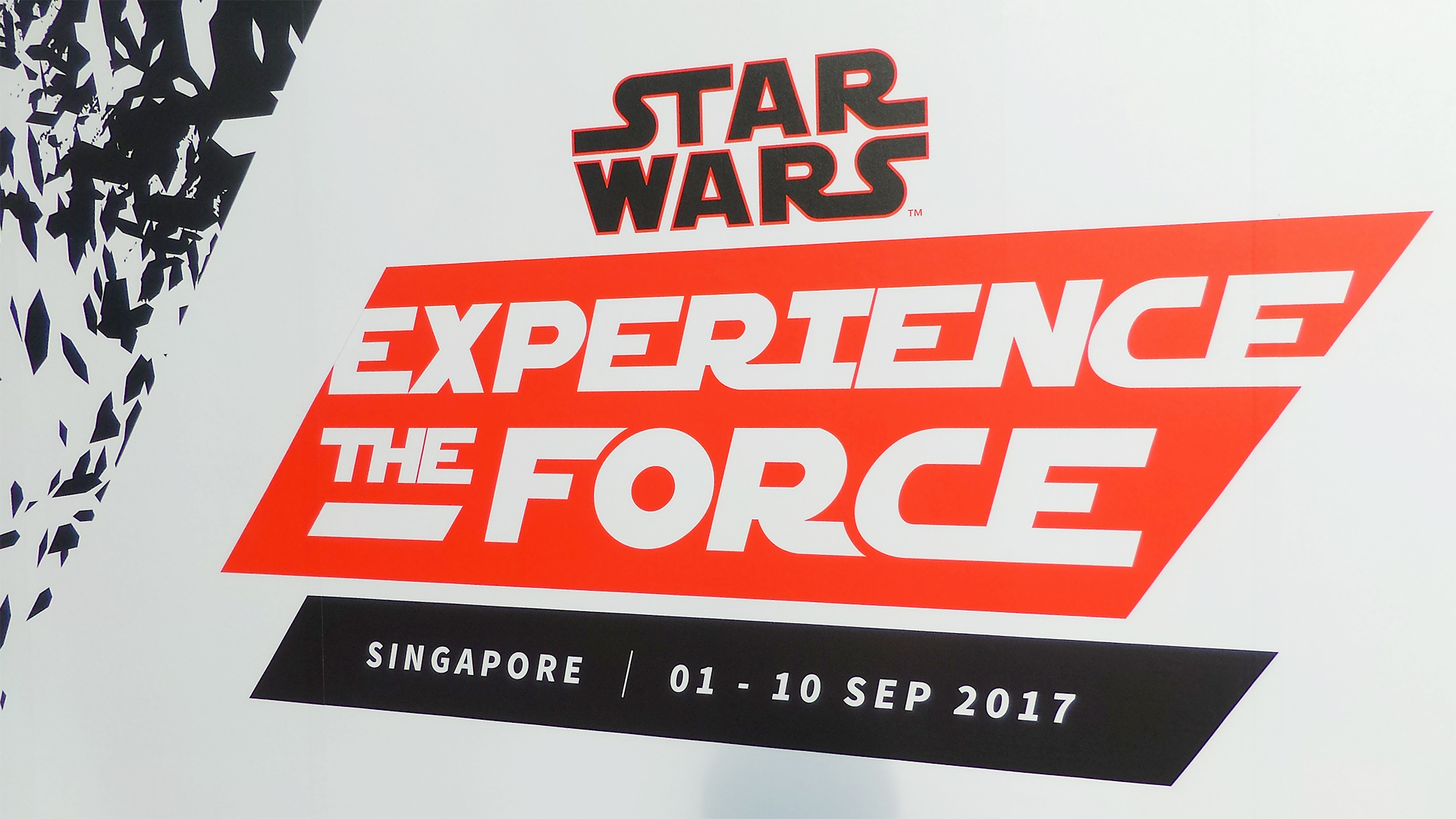 The Walt Disney Company doesn’t hold back when it comes to stormtroopers and Jedi. Back in 2015, a massive merchandising event for Star Wars: The Force Awakens pushed yearly sales figures past $900 million in the US alone. Now that Star Wars: The Last Jedi is just around the corner, they’re looking to repeat that fervor once again.

While most of the excitement takes place at toy retailers, fans in Singapore are in for an interactive treat along Orchard Road. The Star Wars: Experience the Force Singapore festival brings pop-up experiences and free activities from now till 10 September, leading up to next weekend’s STGCC.

Here are some highlights should you visit the area.

Pick up some lightsaber handling skills at Southeast Asia’s first-ever Padawan Training, open to children between 4–12 (Luke Skywalker was an exception). Located at ION2, the 30-minute session goes through basic swordsmanship under the guidance of visually convincing Jedi Masters. There aren’t any laser-spitting droids so Force sensitivity is not required.

Padawan Training runs daily, weather permitting. The first session kicks off at 3pm and will continue to run in half-hour blocks on a first come first served basis, right up till the final session at 8:30pm. The crew recommends registering in advance so make that the first family stop.

Scattered around the venue are a number of these pylons:

Some among them bear a “Find The Force” logo, which is your cue to whip out a phone and start scanning. These unlock augmented reality experiences featuring characters from Star Wars: The Last Jedi, which make neat photo mementos as-is. There’s a social media contest for it too, where winners stand to win a pair of tickets to the movie’s local premiere.

While you’ve got your phone out, snap some photos of the nearby statues, replicas, and trick eye-floor decals located around ION Orchard, Shaw House, and Wheelock Place. Making its return is the 7 meter tall AT-ST Walker, as well as a new 3.5 meter tall AT-ACT (a larger variant of the AT-AT) brought in from Taiwan.

Similarly, the floor decals offer a mix of old and new in the form of the Millennium Falcon and Crait, a remote planet debuting in The Last Jedi. Look around for a floor marker as a guide on where to stand for the best shots.

There a few red-accented booths at street level showcasing merchandise and other fan activities. One not to miss is the Digital Interactive Experience booth right beside the Crait floor decal. In here, you’ll find an audio-video presentation on an assortment of characters and creatures from the upcoming movie, unveiled one by one with a simple wave of the hand.

Merchandise aside, the celebrations extend to the halls of STGCC on 9 and 10 September. A dedicated Star Wars zone promises fan-built replicas, gaming demos, and collectibles to round up the week of festivities. Three of the replicas they’re highlighting are Kylo Ren’s TIE Silencer, Rey’s Speeder, and the interior of the Millennium Falcon.

Ade thinks there's nothing quite like a good game and a snug headcrab. He grew up with HIDEO KOJIMA's Metal Gear Solid, lives for RPGs, and is waiting for light guns to make their comeback.
Previous post Netflix’s Stranger Things Season 1 round-up video is a fantastic tribute to videogames
Next post Contest – STGCC X GameAxis Tickets & Goodie Bags