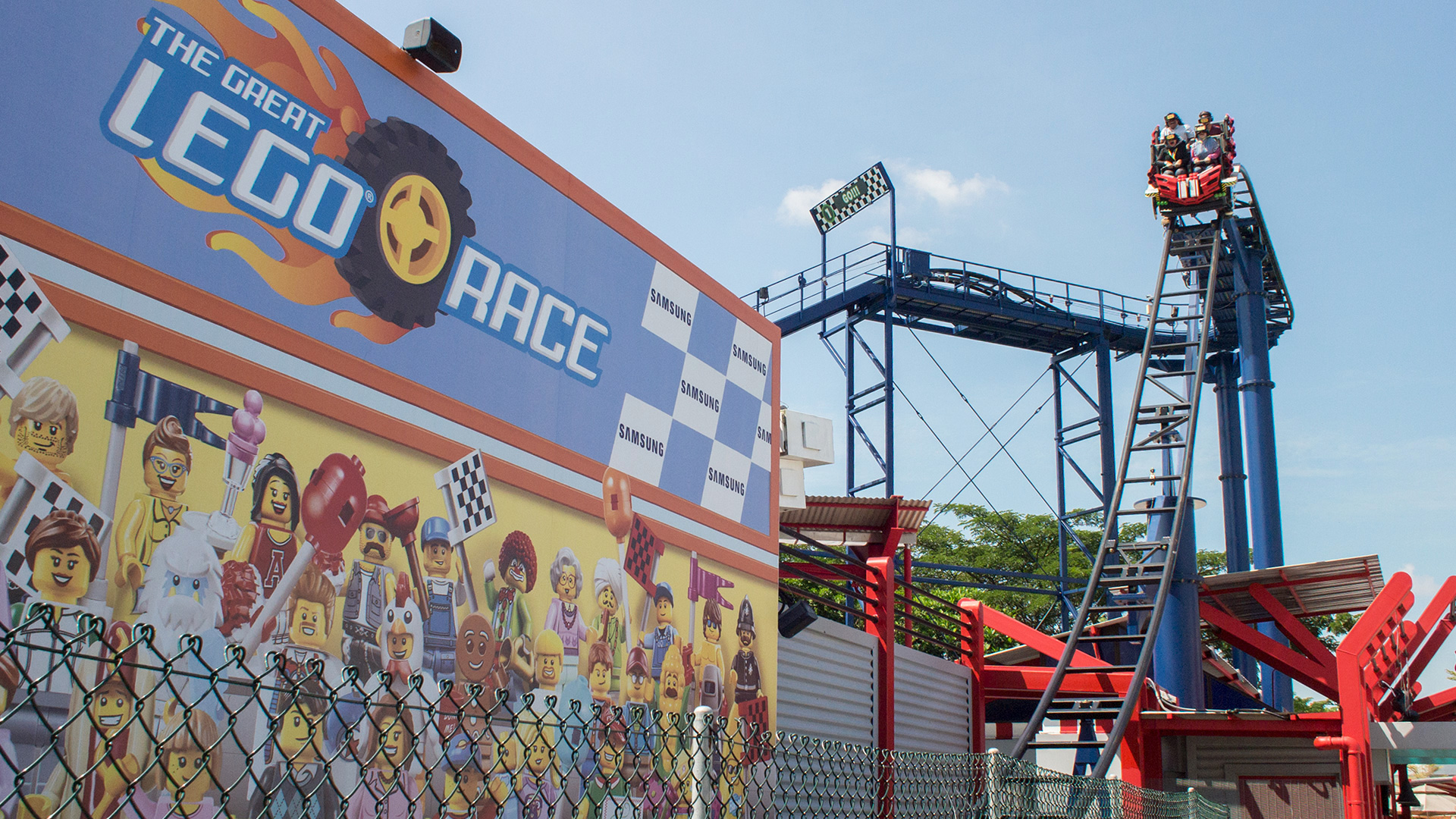 Lego’s first virtual reality coaster has opened for business, adding a brand new experience to Legoland Malaysia‘s widening spread of digitally-augmented attractions. While we’ve already rode on The Great Lego Race multiple times – we had an enjoyable time with it – a few key features were still missing at the preview event: the interactive waiting area and the park’s target audience. And so we returned for the grand launch on 22 November to fill in the blanks.

There to officiate the grand opening were a number of VIPs including Tourism Malaysia’s director of corporate communication, Iskandar Mirza Mohd Yusof, and Lego Group’s cluster general manager, Leslie Falvey.

Ceremonies aside, the entrance drew an impressive figure for its scale and resemblance to artist impressions. It was also a great way of soaking up all the design details present on the various race cars, as chances are you’d be too busy to notice them when on the ride itself.

Sheltering guests from the sweltering tropical heat is an interactive waiting area that would keep excitable kids at bay. It’s fairly similar to the one found at the Ninjago ride deeper within the park, with multiple Lego boards and bricks to get those creative juices flowing. If that wasn’t enough, they’ve even added audio buttons to some of the displays. Admittedly, the novelty died quickly – the children I saw curiously pressed them once before moving to the next – but it was nice to see some variety. They also double as useful introductions by putting a name to the various teams, though it’s not as if we get to choose who to race as. Perhaps an idea for next time?

There’s also some clarification regarding the headsets and rides. Notably, if a child meets the ride requirements but not for the VR headset, then the accompanying adult isn’t allowed to wear the headset either.

Once the waiting is over, the actual ride experience remains unchanged. For anyone wondering, here’s what a map of the virtual race course looks like:

The Great Lego Race VR Coaster is now open at Legoland Malaysia. The theme park opens from 10AM to 7PM daily.

Ade thinks there's nothing quite like a good game and a snug headcrab. He grew up with HIDEO KOJIMA's Metal Gear Solid, lives for RPGs, and is waiting for light guns to make their comeback.
Previous post Steve Lightfoot on running Netflix’s The Punisher
Next post Motorola releases Moto X4, G5S Plus, and new Moto Mods for the holidays