Home / Latest / Events / Overwatch Hands-On SG: The day we all got to be heroes

Overwatch Hands-On SG: The day we all got to be heroes 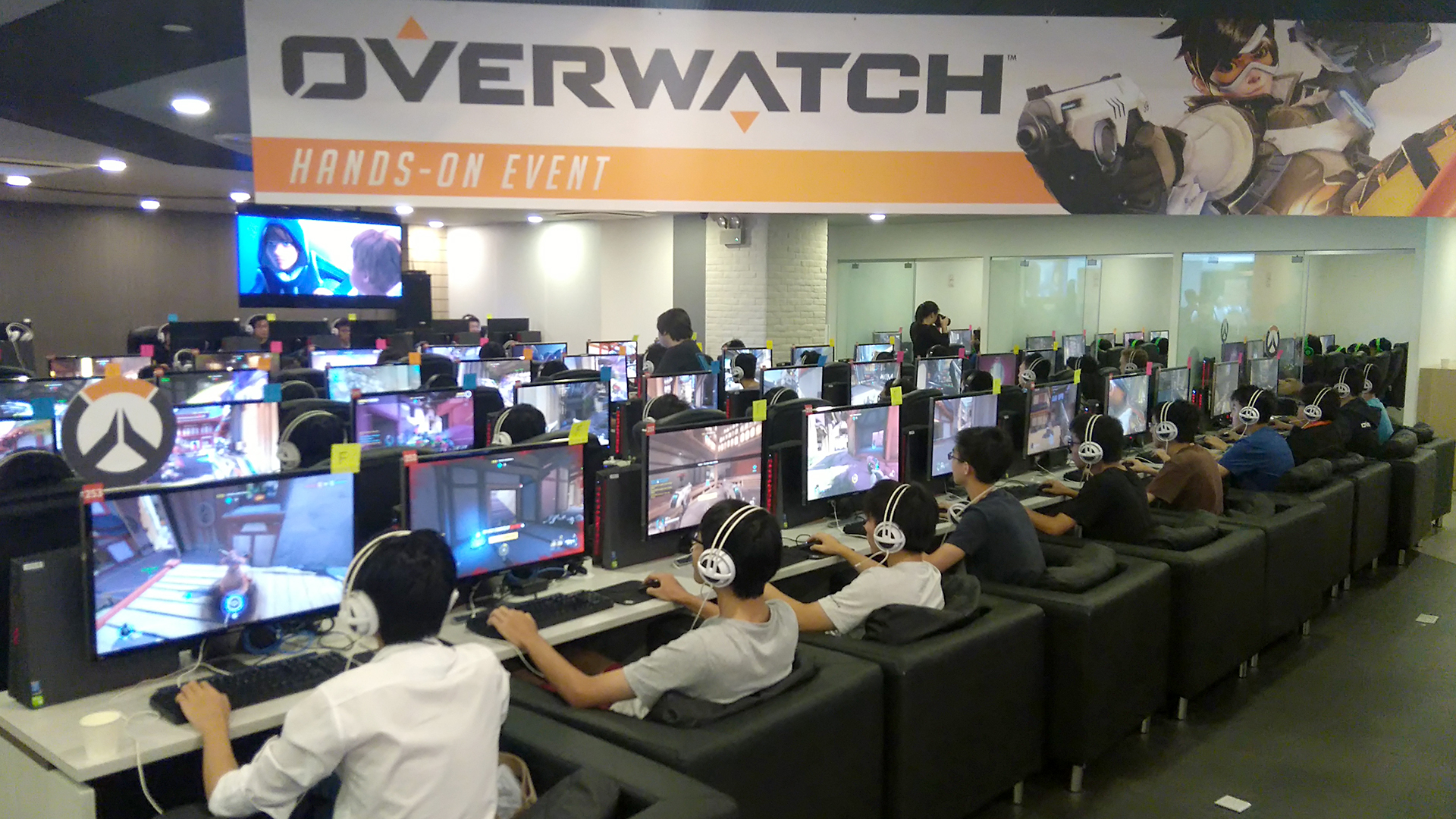 Access to the game, currently in its second closed beta, remains highly restricted. Blizzard is mainly relying on YouTube and Twitch personalities to drum up exposure and hype, a strategy that proved highly successful for their digital card game Hearthstone: Heroes of Warcraft.

While some in the community have playfully (or unhappily) twisted the game’s title to “OnlyWatch”, the exclusive approach has paid off handsomely – according to Blizzard SEA staff, over 900 people had registered for the event by morning, excluding walk-ins and late registrants.

Most of the attendees we spoke to heard about the hands-on session through Facebook, with most of their pre-existing game knowledge traced to YouTube coverage. Some could even name the hero they wanted to start with.

One 20-year-old polytechnic student, who declined to be named, showed up three hours early with a friend to guarantee their slots. He expressed disappointment in Overwatch not turning out to be free-to-play but was, nonetheless, impressed with the videos he saw. His hero of choice? The gun-slinging, cigar-chewing bounty hunter, Jesse McCree.

The two friends headed a queue that eventually snaked up a stairwell and out of the building itself. Even so, waiting times were fairly short due to a game limit set in place, and everyone was welcome to line up again.

Inside, faces danced between fierce concentration, wry smiles, and hearty laughter; the many natural responses to a competitive team-based shooter. It was easy to tell which teams consisted entirely of friends: you just had to follow the shouting.

Spying on some of the screens, we were surprised to see how skilled a few players were. They exhibited a deep knowledge of both the map layout as well as hero strengths and weaknesses, pointing once again to the sheer amount of attention people paid to Twitch livestreams and such.

And, as with Dota 2, witnessing a well-timed team offensive was deeply satisfying.

Min Qi, a 22-year-old university student, was interested to see how the Team Fortress 2 competitor would turn out. Playing as turret-transforming robot Bastion and a few other heroes, he felt that the game initially proved confusing due to how frantic things could get. Ultimately, however, he enjoyed his time and was already considering a pre-order.

We’ll have to echo his sentiments here: we found Overwatch to be an immensely enjoyable game, as long as teams were on an equal footing. The absence of a mini-map meant players had to verbally call out enemy positions, but that proved challenging when grouped up with strangers. The voice command wheel didn’t help much in that regard as combat demands all of one’s attention, and besides, the left hand is busy as-is with movement and skill keys.

Thankfully, the core gameplay is great, and calling it a hybrid between Dota 2 and Team Fortress 2 sounds spot-on. The twelve available characters are all conceptually strong with different play styles, and players will need plenty of time to learn how these heroes perform individually, as well as part of a team’s composition.

Overwatch releases in Singapore on 24 May 2016 for PC, PlayStation 4, and Xbox One.

Ade thinks there's nothing quite like a good game and a snug headcrab. He grew up with HIDEO KOJIMA's Metal Gear Solid, lives for RPGs, and is waiting for light guns to make their comeback.
Previous post Donate to the Singapore Children’s Society by simply downloading a game
Next post Review: Naruto Shippuden: Ultimate Ninja Storm 4