Home / Latest / Events / Mafia III is all about vice, power, and revenge

Mafia III is all about vice, power, and revenge 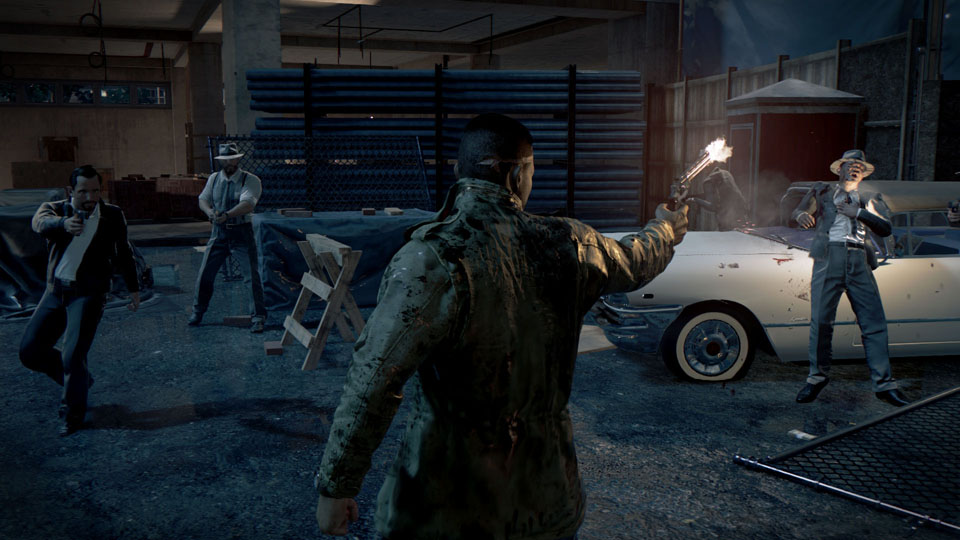 E3 2016: Drugs, prostitution, and murder are the currency of Mafia III and Hangar 13 has no qualms about airing New Bordeaux’s dirty laundry out in the open. There’s no humor to dress things up here, only an unrelenting tale of power and revenge.

Hangar 13 describes the game as an “open-world crime drama” — the relationships between Lincoln and the other criminal elements of New Bordeaux play a critical role in the game’s narrative. Players will be presented with multiple options to grow their underworld empire whilst keeping friends and enemies in check.

There are three individuals of note here: Cassandra, the head of the Haitian gang; Burke, who involves himself in Lincoln’s dealings for personal reasons; and Vito Scaletta, who was sidelined by the Italian mob and now wants a piece of the action.

At meetings, players need to juggle the demands and interests of everyone in exchange for bonuses or enmity; in the showcase, Lincoln wound up antagonizing Burke to the point of him leaving and making death threats. The developers stressed that what happens in the game depends on the players past actions — everything has its consequences.

Another character highlighted was the city of New Bordeaux itself. Made up of 10 districts inspired by 1960s New Orleans, the city is home to what they call “unique criminal ecologies.”

In the south lies the Bayou where Cassandra’s Haitian mob operates; out west is the Delray Hollows where Lincoln’s home is now taken over by the Dixie Mob; up north is the Frisco Fields where an alliance between the Italian Mob and the Southern Union blossoms; and in the heart of the city is the famous French Ward, home to Sal’s brother.

After hampering operations enough we finally got to see Lincoln hunting down Lou. The encounter is a lengthy one, starting aboard a blazing cruise ship made up of room after room of gunfights, ultimately concluding out in shallow waters with Lincoln down to nothing but a knife. However, when it comes to the mob it’s all about sending a message, so Lou’s corpse is strung up on a statue as a gift to his brother.

Mafia III’s gameplay seemed serviceable enough, its cover-based third-person shooter mechanics holding up well during combat. As a military veteran, Lincoln is familiar with a variety of weapons and unarmed takedowns. In fact, he can call in a mobile arms dealer so as to tweak his loadout and approach before a mission, or even summon reinforcements when things go hairy. In that vein, the enemies can get their own reinforcements too — we saw an enemy successfully running to a pay phone to call for help.

There are no reservations when it comes to those melee executions either, with the enemy usually stunned or held in place before meeting a gory demise — typically a single shot to the head made all the more visceral by a shotgun.

Unfortunately, Hangar 13’s attempts at stealth still appear a little awkward, highlighted by this scene where Lincoln sneaking up a staircase past guards and bystanders ended up looking hilariously suspicious. The soundtrack also seemed to be overlayed for the presentation due to how loud it consistently was. Even so, the game still has a couple months worth of polishing before its launch. We hope they do a good job at it because New Bordeaux looks to be a wonderful place to explore.

Mafia III launches on Oct 7 this year for PC, PlayStation 4, and Xbox One.

Ade thinks there's nothing quite like a good game and a snug headcrab. He grew up with HIDEO KOJIMA's Metal Gear Solid, lives for RPGs, and is waiting for light guns to make their comeback.
Previous post Tekken 7 ends the Mishima feud, coming to PC and consoles in 2017
Next post Creative Director Cory Barlog on God of War’s new direction