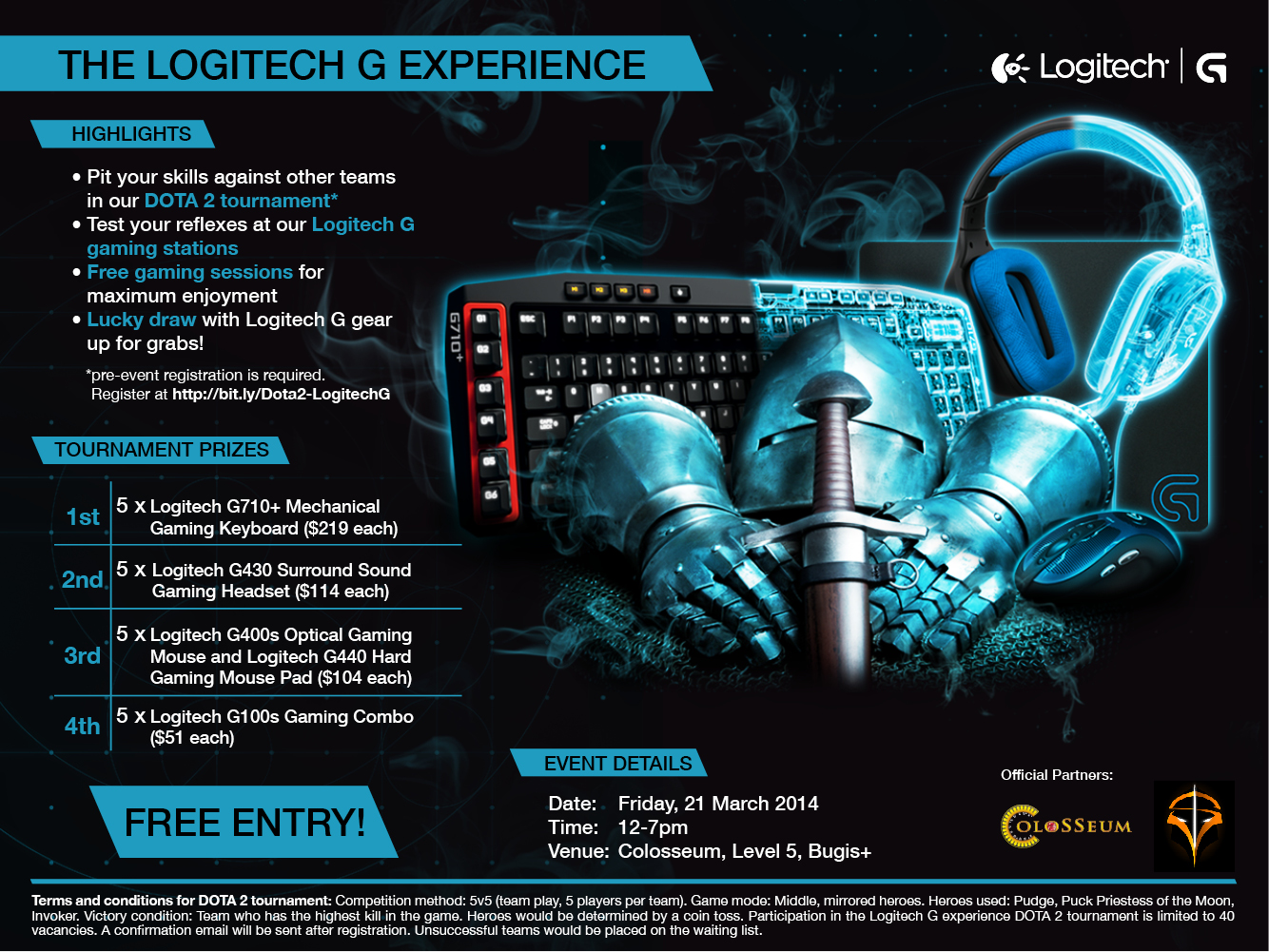 Logitech isn’t quite done yet with the local gaming community, this time setting their sights on the large Dota 2 population. If you and your team happen to be free next Friday, 21 March, then swing by the Colosseum at Bugis+ for a free tournament laden with Logitech prizes!

This will be a casual tournament so don’t shy away from it, especially when entry is free. Who knows how it’ll turn out? Just bear in mind that teams must pre-register for the event, so leave this tab open and go ask your friends about it.

Dota 2 not your thing? Then try your hand at the various game stations instead, which includes the classic Donkey Kong. There’ll be live scoreboards keeping track so yes, those with enough skill and luck will go home with a prize.

Want to put in the least effort possible? By the power of simply being present, you could win yourself a new keyboard or mouse from the public lucky draw. Either item is worth over SG$100, so stick around for the prize-giving at the end of the day.

Ade thinks there's nothing quite like a good game and a snug headcrab. He grew up with HIDEO KOJIMA's Metal Gear Solid, lives for RPGs, and is waiting for light guns to make their comeback.
Previous post Blu-ray Goes Next-Gen: Archival Disc Stores Up to 1TB
Next post Ubisoft Singapore Seeking Playtesters