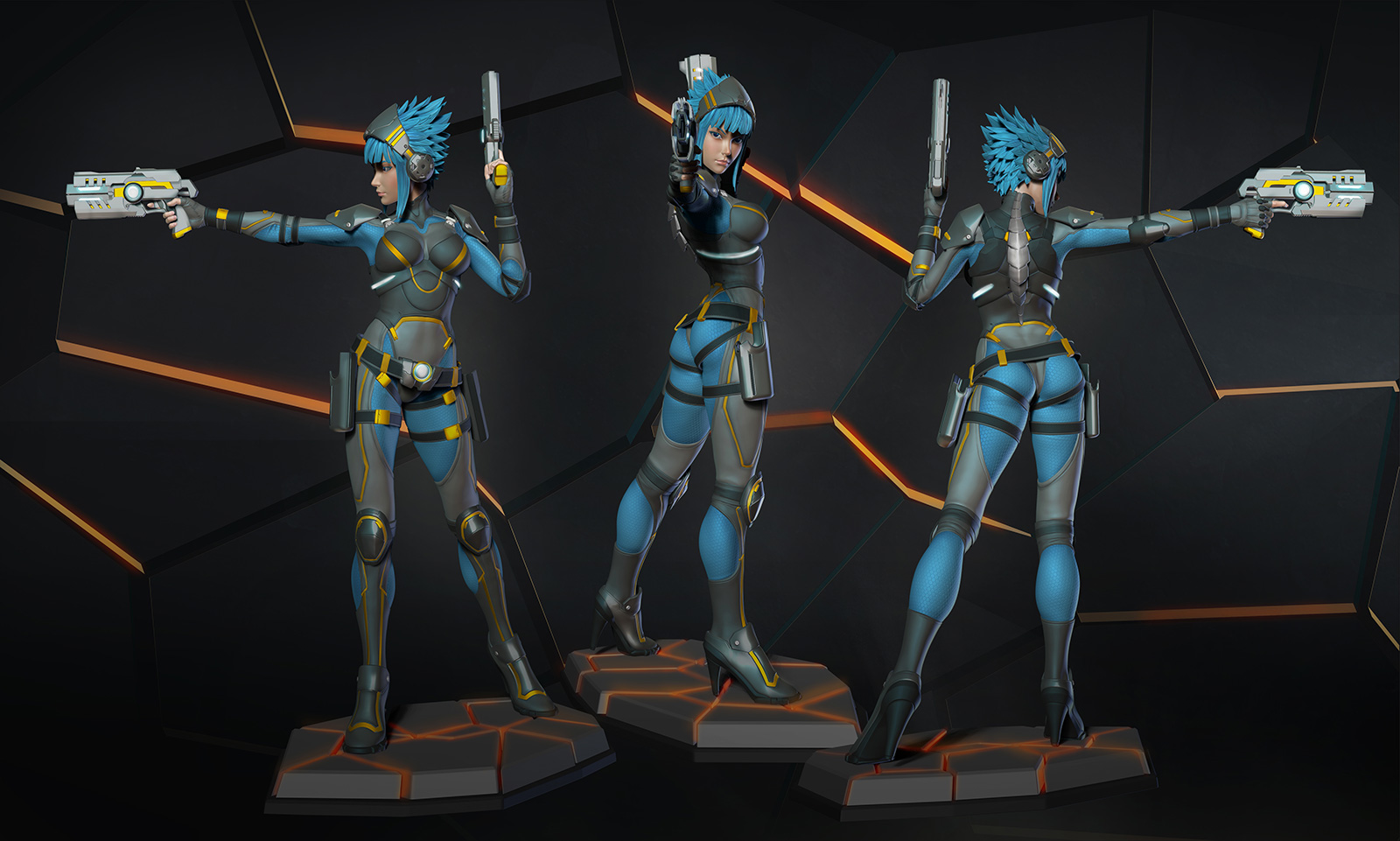 Both GameStart Asia and Kinetiquettes have announced a collaboration where the latter will create a collectible custom ¼ scale statue of GameStart’s mascot, Alyse.

“Kinetiquettes were responsible for creating her cool new look for this year, equipping her with new transformable guns and even a sick visor that’s inspired by a certain video game (can you guess which one?).” – GameStart Asia

Alyse looks just so good here. The statue will be made out of polystone/polyutherane resin and will have LED light up features. It will be 1/4 scale (or roughly 19 inches in height), which I suspect could be based on real-life Alyse’s cosplayer, Sharlene Tan.

Kinetiquettes, by the way, are very much well known for their work done with the Street Fighter Franchise, and you can see more of their works at their website.

Aaron Yip is an industry veteran with more than 15 years of experience. When not spending time on his gaming PC and consoles, he can be found in Hyrule solving ungodly puzzles and collecting gems.
Previous post Meet Vito and the world of New Bordeux of Mafia III
Next post Final Fantasy XV delay confirmed…uh oh