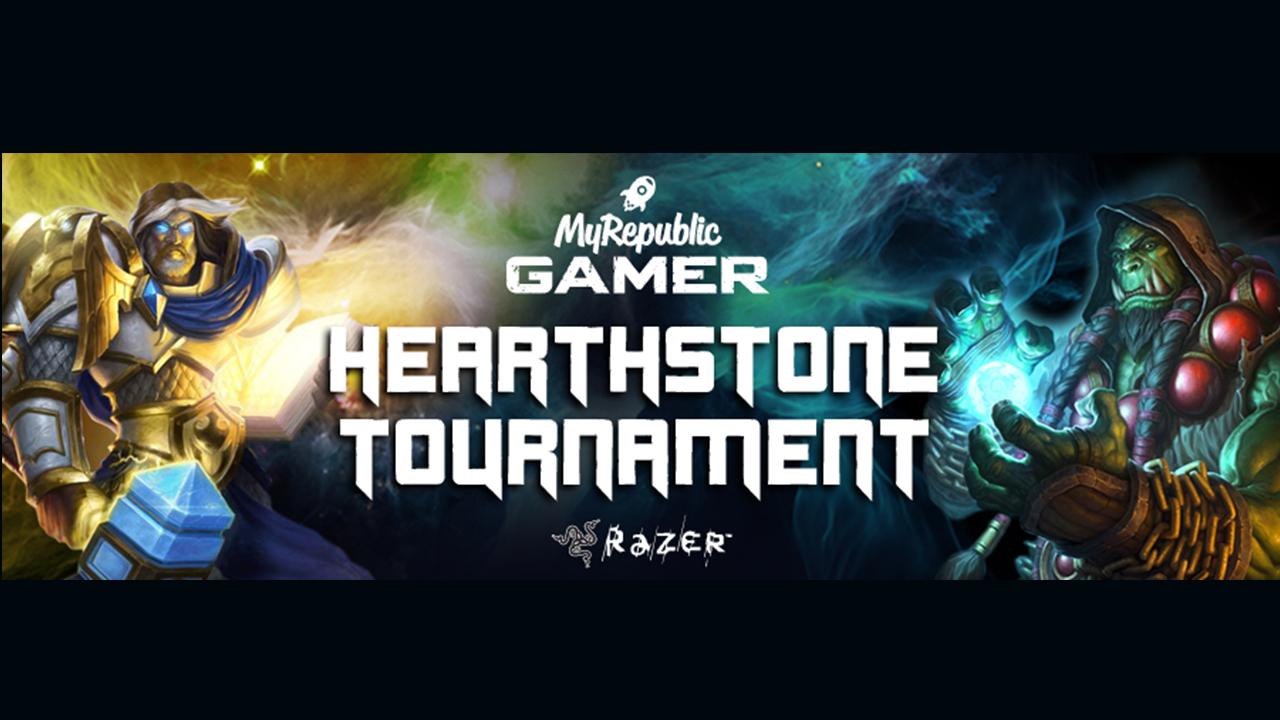 Singaporean Hearthstone team Abyssus has partnered up with MyRepublic and Razer to bring us a public tournament this Saturday, 27 February, at Colosseum. Running alongside the tournament is a Fireside Gathering, with participation in either event being completely free.

The MyRepublic GAMER Hearthstone Tournament, set in a Best-of-5 single elimination format, will have room for a total of 32 players. To qualify, register online via this link and then be among the first 32 to walk-in at the venue, starting from 11am.

The tournament is expected to last until at least 4pm. Razer are sponsoring a bunch of Chroma peripherals for the champion as well as three runners-up – that’s a lot of RGB bling up for grabs.

Failing that, attendees can sign up for the Fireside Gathering instead. Registration for this Best-of-3 single elimination tournament is on-site, and no Epic or Legendary cards will be allowed. They’re tentatively setting things up for 32 players but that limit may increase given demand.

Prizes here are also sponsored by Razer, with the top three players each getting a DeathAdder Classic gaming mouse.

But let’s say you don’t manage to participate in either tournament. After all, Hearthstone players are bound to the fickle nature of “RNGesus” and things just don’t go our way sometimes. Well fret not, friend, as a giveaway for Blizzard merchandise is scheduled for the end of the day.

Before building those deck lists, be sure to hop on over to the main website for all of the tournament’s rules.

Ade thinks there's nothing quite like a good game and a snug headcrab. He grew up with HIDEO KOJIMA's Metal Gear Solid, lives for RPGs, and is waiting for light guns to make their comeback.
Previous post Impressions: The Division might be onto something
Next post Here’s what the Uncharted 4 PS4 looks like