On the ground at Campus Game Fest 2016 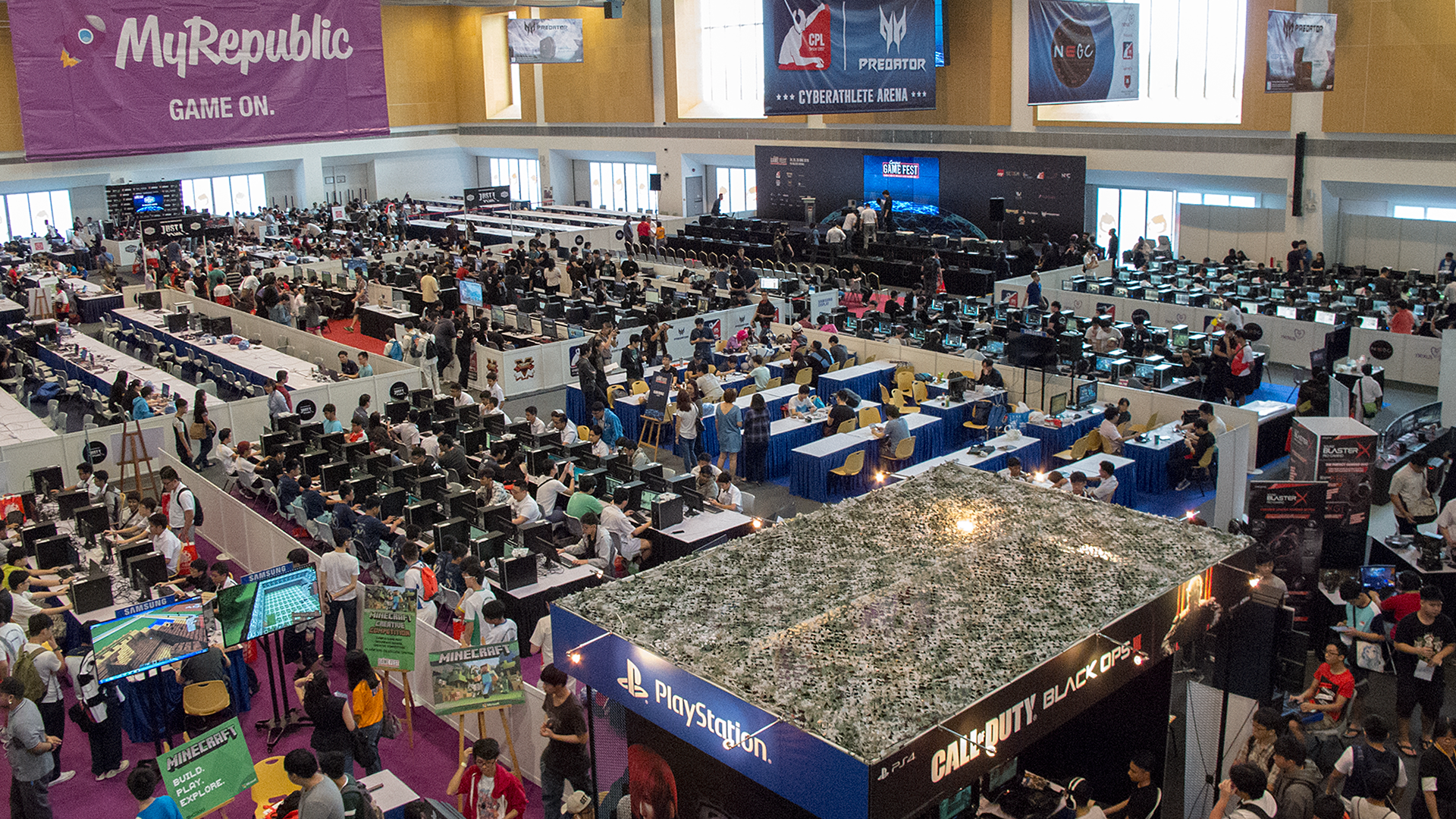 Campus Game Fest 2016 is now underway at ITE College Central until this Sunday, June 26. Now in its fourth year, the event continues to be dominated by community-run activities and tournaments — of the few exhibitor booths available, most are concentrated near the entrance.

Curious to see what lay in store for visitors, we slowly toured around the hall to observe all that was on display. While we won’t touch on every thing that has and will happen, this post should give you a general idea of what to expect this year, aside from the scheduled activities.

We begin with the exhibitors.

Samsung and Acer are showcasing their wares with large multi-monitor racing set-ups, complete with bucket seats, steering wheels, and pedals. On the other hand, Creative is taking the direct approach by running exclusive deals for their Sound Blaster Pro-Gaming line of audio products. 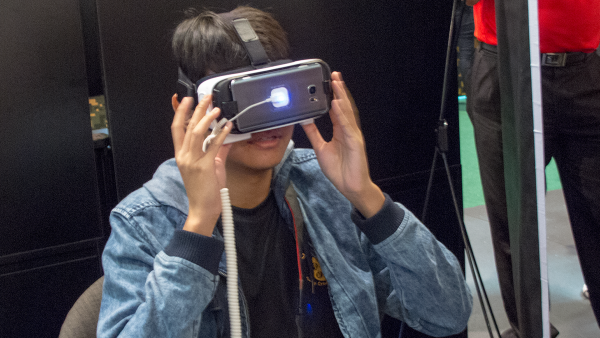 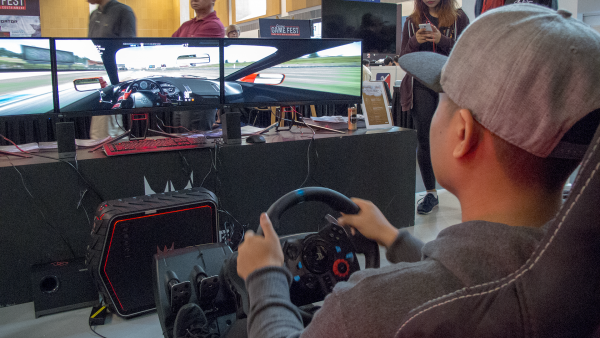 Console behemoth Sony PlayStation is also in attendance, having set up couches for Street Fighter V, a themed Call of Duty: Black Ops III booth, and more excitingly, demo stations for the upcoming The King of Fighters XIV.

Not to be outshined is Microsoft Xbox and their long line of stations, dominated by students having a go at FIFA 16 and other titles. Their section also plays host to the Minecraft community, who are holding creative challenges at both the public and secondary school levels. 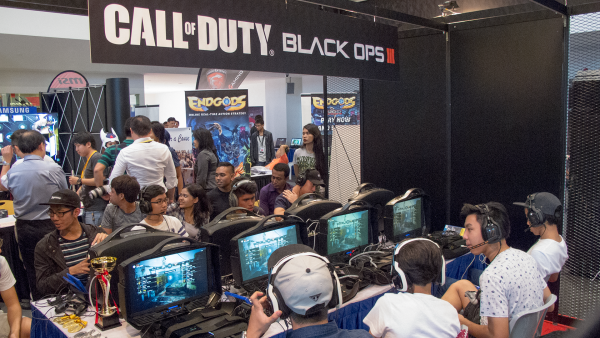 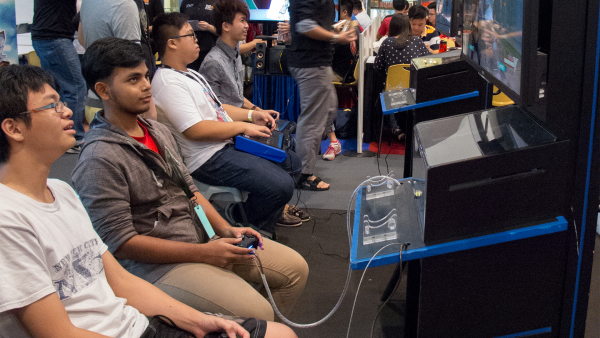 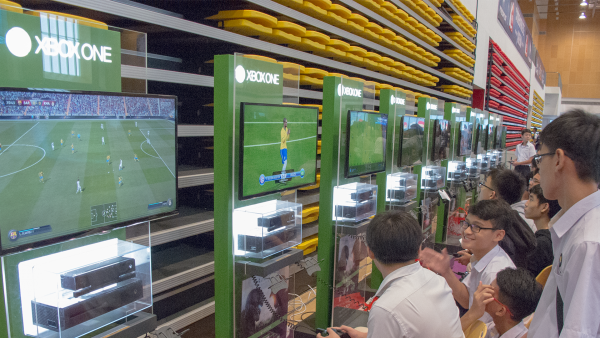 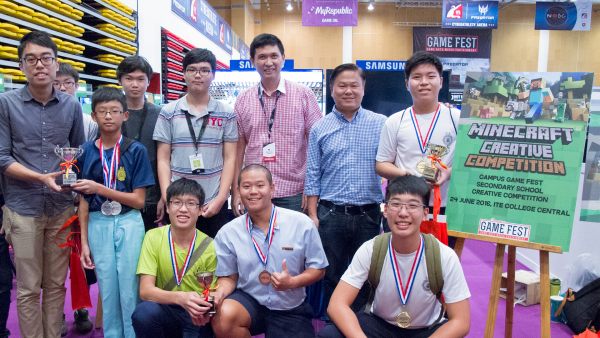 When it comes to PC gaming, however, MSI is ready to blow minds away with a live demo of the latest in computer hardware. Hooked up to their X99A Gaming Pro Carbon motherboard is an Intel Core i7 6950X Extreme Edition CPU and an MSI GeForce GTX 1080 Gaming GPU.

Custom builders with an affinity for bling will definitely want to take a closer look at that motherboard since it supports the Mystic Light system and extensions in the form of LED strips. In terms of performance, we’re looking at features such as SSD transfer speeds of up to 64 Gbps, multi-GPU support, and front-facing USB Type-C ports. There is staff on-hand to field questions, so do take the opportunity to find out more.

Being one of the first VR-ready companies also means that MSI is more than happy to introduce the wonders of virtual reality. An Oculus Rift headset is on standby with a sci-fi racing demo, something that has been grabbing attention throughout the day.

The MSI booth was 19-year-old Raymond Ng’s first tryst with VR. The ITE student, a three-time CGF attendee, found the whole ordeal thrilling. “It was my first time so it’s a bit shaky,” said Ng, adding that he felt slightly nauseous. Yet that didn’t stop this PC gamer from pushing onward: “The game’s exciting. Once I found the challenge I kept going for it.” Attendees wanting to be a little more hands-on can turn to a slew of different card, board, and tabletop games. Local retailer Gamersaurus Rex are out in force with the year’s largest Warhammer 40,000 tournament, giving us an up-close-and-personal look at the units we all know and love. What’s more, they’ll be conducting beginner sessions on how to paint your very own Space Marine miniature for free – and yes, you’ll get to take home the Emperor’s finest.

For something else to bring back, freelance artist Jr Pencil has a bunch of cute, super deformed characters available as either postcards or key chains. With over 300 designs to choose from, covering both Eastern and Western IPs, it wouldn’t be hard to find at least one item you’d like. And since Jr Pencil often appears at events, they’ve even started a loyalty stamp card system. 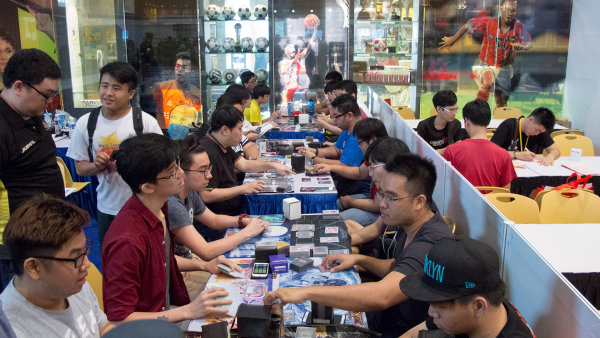 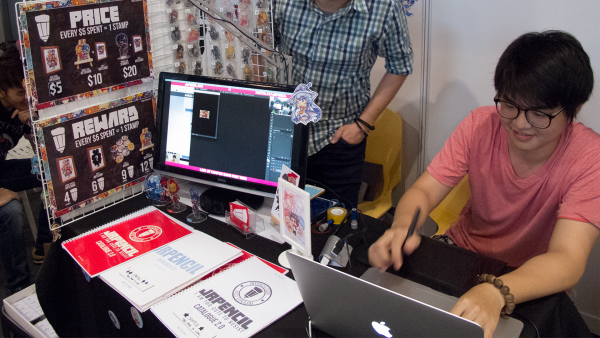 Yet Campus Game Fest has long been known for Just Play!, their 3D2N bring-your-own-computer LAN party. A number of tables were already occupied by midday — groups of friends chatting, snoozing, or indulging in all manner of single- and multiplayer games.

While the vast majority of these campers brought their laptops out to play, some didn’t want to settle for less. Zack Brupon, an 18-year-old ITE student, proudly stood out from the crowd with his desktop PC.

Clad in a Dark Souls T-shirt (Solaire going: “Do you even praise the Sun?”) and orange gaming headphones, the young man is no stranger to CGF. “This is actually my second time. My friends are in a tournament that I’m going to watch later.”

For Brupon, the event was mostly an opportunity to just get together with friends but also a chance to admire other computers. “I’m looking at the builds over there (gesturing towards the MSI booth) and some of them are pretty impressive. I’ll probably upgrade in a year or two.” 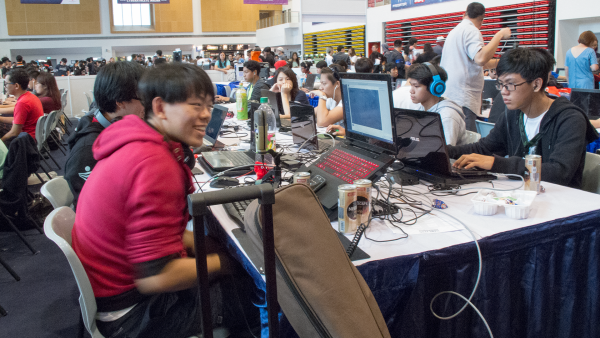 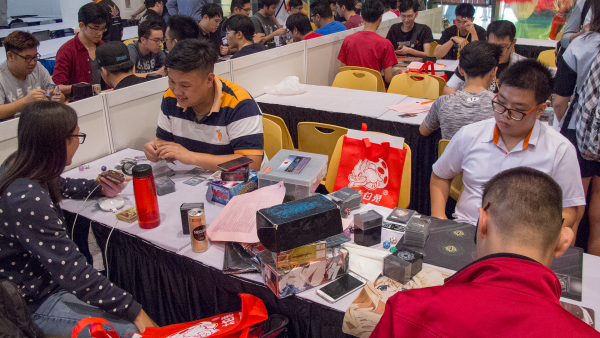 Over the weekend, visitors will get to see a number of official and community-run tournaments unfold, some of which come with significant monetary or world-championship stakes. To find out what they are, simply head over to the official event guide page.

Entry to Campus Game Fest 2016 is free; registration can be done through their website.

Ade thinks there's nothing quite like a good game and a snug headcrab. He grew up with HIDEO KOJIMA's Metal Gear Solid, lives for RPGs, and is waiting for light guns to make their comeback.
Previous post Campus Game Fest 2016 opens with focus on eSports and community
Next post Idol group Dempagumi.inc comes to Phantom of the Kill