GameStart 2017 grows in size and variety 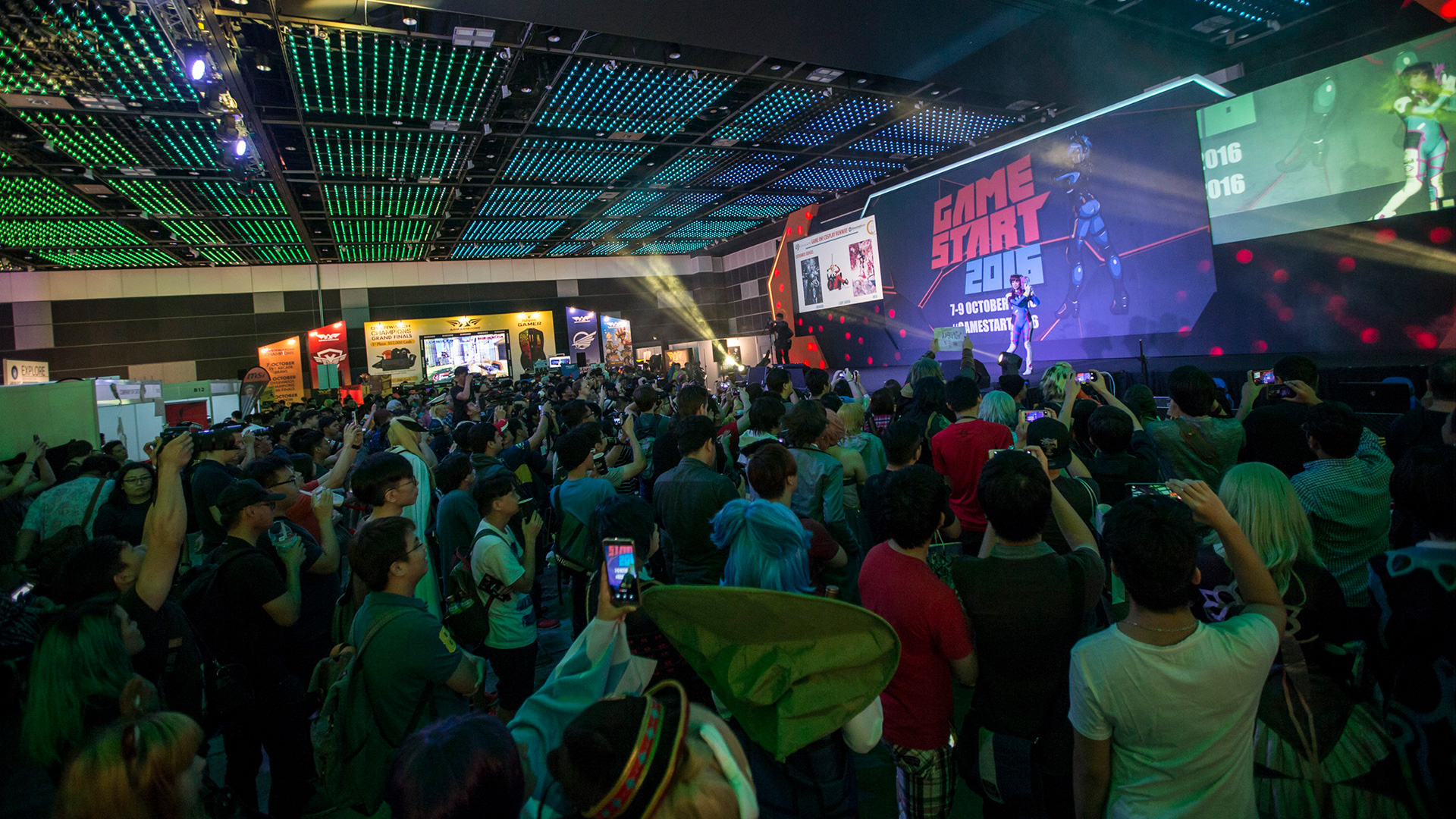 The gaming convention circuit continues with Southeast Asia’s GameStart 2017, returning to the Suntec Convention & Exhibition Centre on 14-15 October. Now in its fourth year, organizers Eliphant have expanded the show with new areas and partners to cater for wider tastes, including tabletop gaming, a themed café, and stronger Japanese content.

“The gaming industry in Southeast Asia has grown exponentially since the inaugural GameStart in 2014,” commented GameStart Asia’s founder, Elicia Lee.

“Esports is dominating online viewership and media globally, and developers in Singapore and the region are pushing out highly polished and engaging games. Tabletop gaming has a very passionate community, and I’m very happy to welcome them to GameStart this year.

“As always, GameStart aims to be where all gamers and all-things-gaming can come together and have fun and I’m excited to present this year’s edition.”

Don’t worry, the core of GameStart hasn’t changed. Visitors will still get to see and play some of the latest and upcoming titles from publishers big and small, including homegrown and regional indies at the Founders Base. Celebrate the best of them with the 2nd IMGA (International Mobile Gaming Awards) SEA on top of the GameStart Indie Awards, granting winners some much-needed time in the spotlight.

Yes, Windjammers, because there’s more than just fighting games this time around – think Gundam Versus and Shadowverse. Naturally, the community is just as important as the games themselves. Returning for a second run is Neo Tokyo Project’s Doujin Market, where creators get to showcase their work to admiring fans. There’s no better place to stock up on T-shirts, prints, and other creations inspired by popular culture, all of which will be on display at a larger area. Just remember to bring cash for it.

Similarly, see your favorite characters and mascots come to life at the Game On! Cosplay Runway. This year’s invited guests are Astro Kerrie and Yasemin Arslan, both from Australia.

Also making a return is the Secretlab Chair Race, the only time you’ll ever get to roll chairs around a convention floor and not get shouted at. If you’re lucky you might even bring one home!

Already mentioned is the tabletop area, where Wizards of the Coast will demo their iconic Magic: The Gathering card game. With Dungeons & Dragons shooting up in popularity, adventurers will also find tables running Adventurer’s League modules, including the epic “Peril at the Port” where every convention hero must team up. Fans of Matt Mercer’s Critical Role series should make a point of visiting on 15 October to celebrate Taldorei Day.

If those seem a little too intimidating then kick back with other games such as the famous Citadels or the Kickstarter-favorite Exploding Kittens, to name just a few. Attendees may play to earn tickets for a chance at the Prize Wall, rent a table for a private session with friends, or try out games from independent designers.

Bringing kids along? GameStart 2017 has you covered too, with carnival-style mini-games – “it will not be something you have seen often” reads the description – available.

For something a little more physical, NexRealm is bringing the “world’s first augmented reality techno sport” HADO, which combines wearable devices and AR technology for some unique PVP.

Once you’ve worked up a sweat (or ran out of breath), catch a break at the official GameStart café sporting this year’s theme: cyberpunk. There aren’t any details on what to expect but hopefully they won’t serve oil and lubricant.

GameStart has partnered with Taiwan’s Taipei Game Show and Indonesia’s BEKRAF Game Prime, two other popular conventions from the region, to boost this year’s content. In an interesting twist, they’ve also approached C3 AFA (Anime Festival Asia) – we already have Bandai Namco providing the Japanese games, so who knows what surprises they have in store here.

Tickets and official merchandise for GameStart 2017 are now on sale.

Ade thinks there's nothing quite like a good game and a snug headcrab. He grew up with HIDEO KOJIMA's Metal Gear Solid, lives for RPGs, and is waiting for light guns to make their comeback.
Previous post Windows Mixed Reality headsets will be affordable, easy to use, and compatible with Steam
Next post Netflix’s Stranger Things Season 1 round-up video is a fantastic tribute to videogames