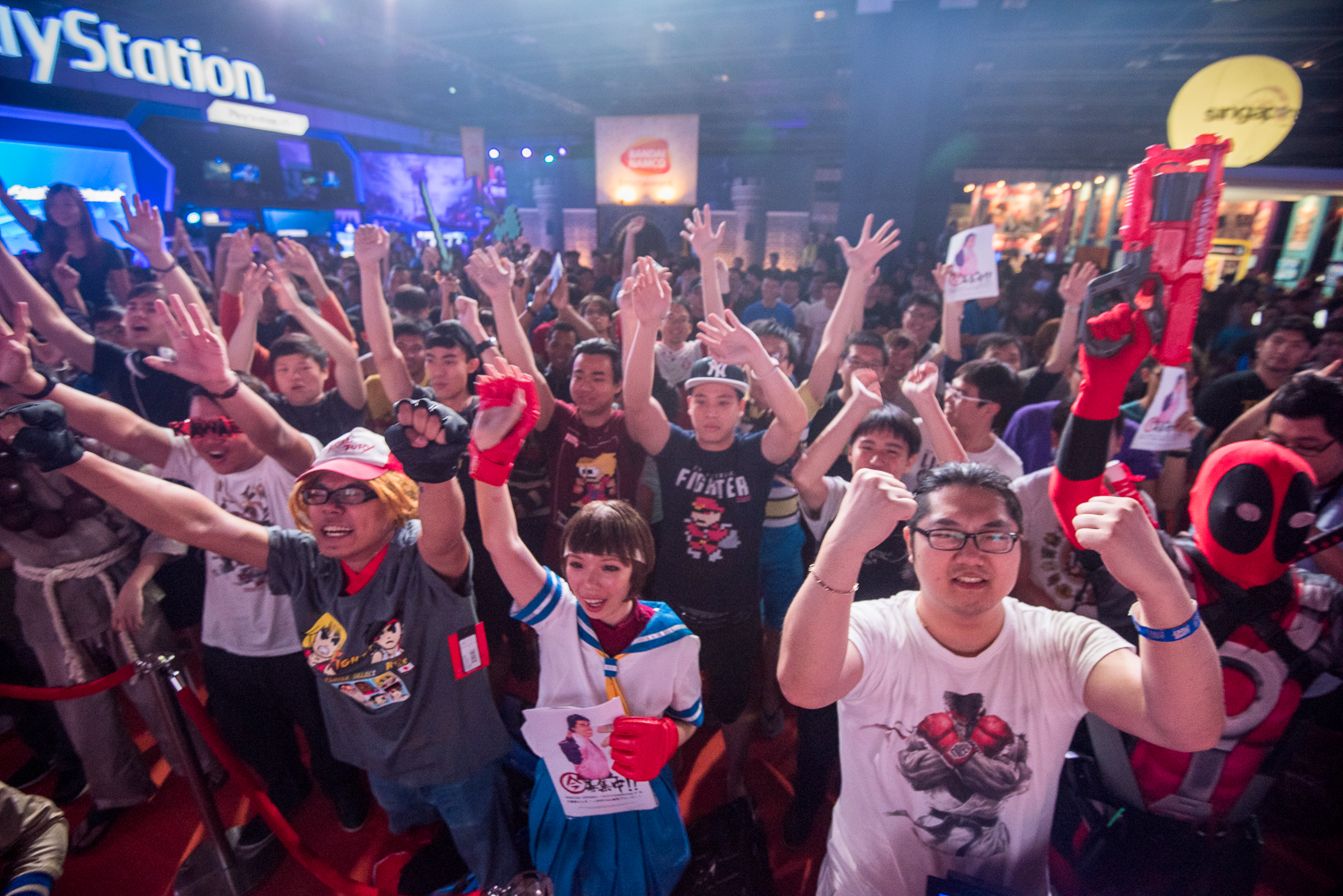 Over 17,000 people thronged Halls 401 and 402 of the Suntec Convention Centre for GameStart 2015, the annual gaming convention’s second run. With queues forming as early as 10:15PM the night before, gamers from all around the region were eager to experience a show touted as bigger and better. Having attended all three days, I’m happy to announce that organizers Eliphant delivered splendidly.

“The atmosphere was really great at the show this year. I think the crowd appreciated the fact that the show was a lot bigger, with more room to move around, and of course more games, demo booths, merchandise and activities both on the stage and off.” — GameStart organizer Elicia Lee in a press statement.

The improved entry times and breathing room were definitely huge improvements compared to last year, an aspect that both visitors and exhibitors were thankful for. Spending more time wandering the halls instead of waiting to get in was important, as there were just so many things to see and do that a single trip around the venue proved laughably insufficient.

Awards for longest queues have to go to Sony’s PlayStation VR and Namco Bandai’s Star Wars Battle Pod (brought in by Geek Culture) as both were making debut appearances in Singapore. The latter eventually grew into a community bonding hotspot, with FightSaber Singapore and the 501st Singapore Garrison showing up to liven the atmosphere even more.

There was plenty of buzz elsewhere too, of course. The main stage, flanked by double-story heavyweights Sony PlayStation and Blizzard Entertainment, was a cacophony of sound as producer sessions, competitive showmatches, game demonstrations, prize giveaways, and even live concerts competed for attention. Yet what lifted my spirits most was seeing the collective booths that made up Singapore Gamebox sharing the spotlight. It was here that a great number of local developers showcased their games, some of which were featured in the Made in Singapore Humble Weekly Bundle (to be clear, that bundle was initiated by the Media Development Authority). While predominantly casual mobile titles, they were joined by internationally recognized peers such as Witching Hour Studios’ Ravenmark and Daylight Studios’ Holy Potatoes! A Weapon Shop?!

Equally exciting was what lay further back: Witching Hour had their own dedicated booth for the highly anticipated Masquerada: Songs and Shadows; RetroDNA was back with an even larger booth of arcade cabinets and classic games; GameStart’s very own indie corner hosted international guests; and attendees found themselves facing many opportunities to spend. In fact it all grew overwhelmingly taxing at times, which called for a detour to the Red Bull stands or to the exit for a breather – not before picking up a free sticker tattoo courtesy of Blizzard, that is. (Protip: Sticker tattoos and hairy skin do not get along when it comes to removal.)

With that said I hope there are a few things that could be improved in future editions. For one, that whole bit about a cacophonous main stage ought to be looked into.

Having all those large presences together makes for an awe-inspiring entrance but all those clashing presentations isn’t doing anyone any favors. Being forced to choose between watching an Uncharted 4 demo and a Hearthstone showcase isn’t fun, to cite just one example. Yet there were moments when the stages were all quiet, so perhaps exhibitors could have better adjusted their schedules. And while the PlayStation VR queue was tucked away in a hidden and unobtrusive corner, it also meant those in line didn’t have much to see or do. Allowing them to look in on the game stations, some of which featured exclusives such as Gravity Rush Remastered, may have made the wait a little more productive.

Nonetheless, GameStart 2015 ended on a satisfying note, successfully gathering all aspects of video game culture under one roof. From developers to eSports professionals, cosplayers, and the everyday gamer, everyone showed up in a strong show of support for what is shaping to be the PAX of Southeast Asia. Here’s to 2016!

Ade thinks there's nothing quite like a good game and a snug headcrab. He grew up with HIDEO KOJIMA's Metal Gear Solid, lives for RPGs, and is waiting for light guns to make their comeback.
Previous post Star Wars Battlefront launches today
Next post Sony’s PlayStation VR Shows Promising Future