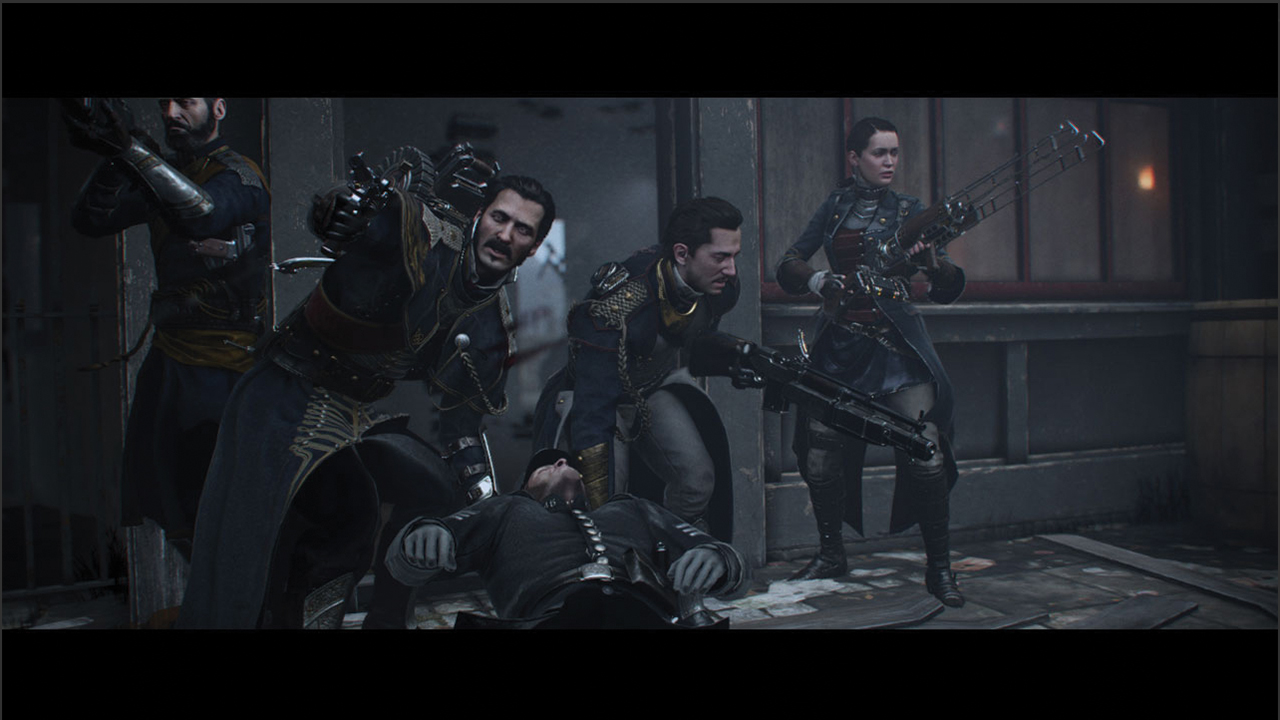 Like everyone else, our hands-on time with The Order 1886 at GameStart was regrettably short, made even shorter by the cut-scene right in the middle of the demo. Basically all it left me with were shooting gallery segments and one scripted event, so I think it’s fair to say my strongest first impression of The Order 1886 is thus: Thermite. Lots of thermite.

“Thermite is a pyrotechnic composition of metal powder, fuel and metal oxide. When ignited by heat, thermite undergoes an exothermic oxidation-reduction reaction,” goes the Wikipedia description. If you’ve seen what that substance can do then you’ll understand that using it as ammunition is both incredibly awesome and disturbing – I haven’t decided which is greater of the two.

The Order 1886 is set in an alternate history London, where a centuries-long war has been waged between humans and half-animal-half-man creatures. An order of knights is humanity’s stalwart defenders, relying on the wonders of the Industrial Revolution to turn the tide of battle. As you can guess, a thermite rifle happens to be one of those marvels.

The knights are grouped into a squad of four, taking shelter in a building as they take incoming fire from an upper level across the street. Once the game hands over the controls, I plod over to a pillar for cover and start firing. The first trigger hurls shells that burst into an ominous cloud of oxide; the second sends a flare (or what appears to be one) rocketing into said cloud, igniting anyone nearby with molten metal.

In a way it’s reminiscent of a less-flashy airburst grenade. Together with the sticky cover and over-the-shoulder view I immediately think of Gears of War, which isn’t necessarily a bad thing. However, the shooting segment overstays its welcome as I find myself killing a second balcony-standing NPC. Once the game deemed I killed enough we proceeded to a short scripted moment, dragging a wounded squadmate with one hand and firing a pistol with the other, before I relinquish the controls for said cut-scene.

Looking at it in snippets, The Order 1886 has some very fun moments. Its main problem is that gameplay-wise it doesn’t do anything new, which is then hampered by the combat’s pacing. The fights always seem a tad too long because you have to kill x number of enemies to proceed, and since they barely react to the fate of their comrades it literally becomes a shooting gallery. It would have been nice to see them scrambling for cover when someone beside them gets shot in the head, or simply flee when there’s a mysterious cloud hanging above them.

Then again all I had was a brief taste of the game so who knows, that could have been an introductory level. The weapons genuinely feel refreshing and I’m looking forward to what else Ready At Dawn cooked up in that department. The lightning-belching arc gun sounds underwhelming but thermite rifles? I’ll take that.

The Order 1886 releases exclusively on the PlayStation 4 in February 2015.

Ade thinks there's nothing quite like a good game and a snug headcrab. He grew up with HIDEO KOJIMA's Metal Gear Solid, lives for RPGs, and is waiting for light guns to make their comeback.
Previous post This Week on PSN Asia (29/10): Halloween Specials & One Upon Light!
Next post GameStart 2014: Sword Art Online: Lost Song Takes Flight