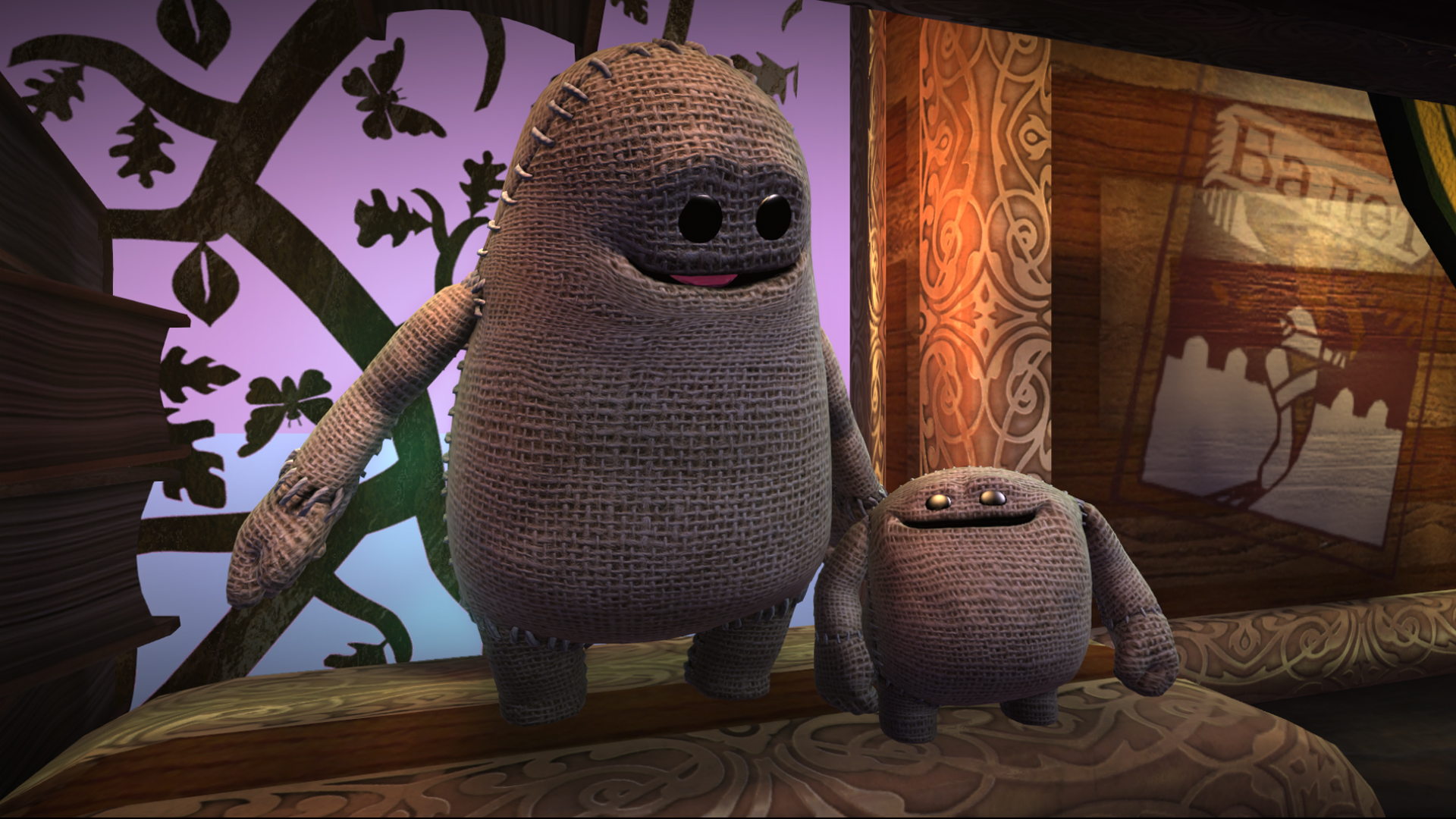 It’s easy to overlook LittleBigPlanet 3 amongst juggernauts like Evolve and Bloodborne but no other title on the show floor oozed as much charm as this puzzle-platformer. How can anyone even resist the Sack?

It didn’t make sense to try it alone so I grabbed another person to play with. The level featured was called “Toggle Escapes The Labyrinth” and it focused on one of the three new characters. Toggle swaps between Big and Little instantly, altering not only in size but also weight. We quickly got to see how this new mechanic came into play.

Obvious obstacles such as narrow tunnels and spring-loaded boards were quickly introduced to keep the tempo going while we re-acquainted ourselves with the controls. Just as we were getting confident, making timed jumps and swinging around on pendulums (and receiving the occasional hint or two by the booth’s attendant) the game finally turned serious.

The first challenge was water. Sinking and then using rising momentum to leap clear of the surface was easy enough to recognize, though getting it right took a few tries. Immediately afterwards we had to navigate past a spot with spikes on the ceiling and floor, therefore we had to float high enough to move past it but not so high we’d impale a fluffy woven toy.

Following that the deaths started coming. This new challenge required puzzle-solving and the platform skills to follow-through – it’s a multi-level piece and describing it further would take up too much text. For what it’s worth, our fairly smooth sailing ended here. After several minutes of embarrassing performance both our Toggles scrambled up onto the final ledge and carried on their way, their stupid grins reflected on our faces.

As with all the other showcases, we couldn’t make any final judgements for LittleBigPlanet 3 on such a short session. Nevertheless, using Toggle made it clear that introducing new characters became a necessity at that point. Had we used Sackboy instead then there would have been little to differentiate this from the previous game, graphical improvements and level editor aside.

It’s a shame we didn’t get to try one of the later stages featuring Oddsock and Swoop too, as I’m sure the cooperative dynamic would have made for a better first impression.  As it is, the game plays like you’d expect from any 3D puzzle-platformer sporting physics – slow and deliberate where controls are concerned – only with stellar presentation.

People would be buying LittleBigPlanet 3 for the same reasons as before: as a family-friendly multiplayer game and for the millions of community creations. The good news is all previously published content is compatible so if this is your first LBP  then you’re in for a lot of fun. The other good news is that Sony has a bundle packaged with a Dualshock 4 (pictured above), making for an attractive deal*. Everyone needs a second controller eventually.

Ade thinks there's nothing quite like a good game and a snug headcrab. He grew up with HIDEO KOJIMA's Metal Gear Solid, lives for RPGs, and is waiting for light guns to make their comeback.
Previous post Darkness Reborn Gets Soft Launch in 13 Countries Including Singapore
Next post Valkyria Chronicles and Dynasty Warriors 8: Empires Coming to PC