Games gets a much-needed boost at STGCC 2017 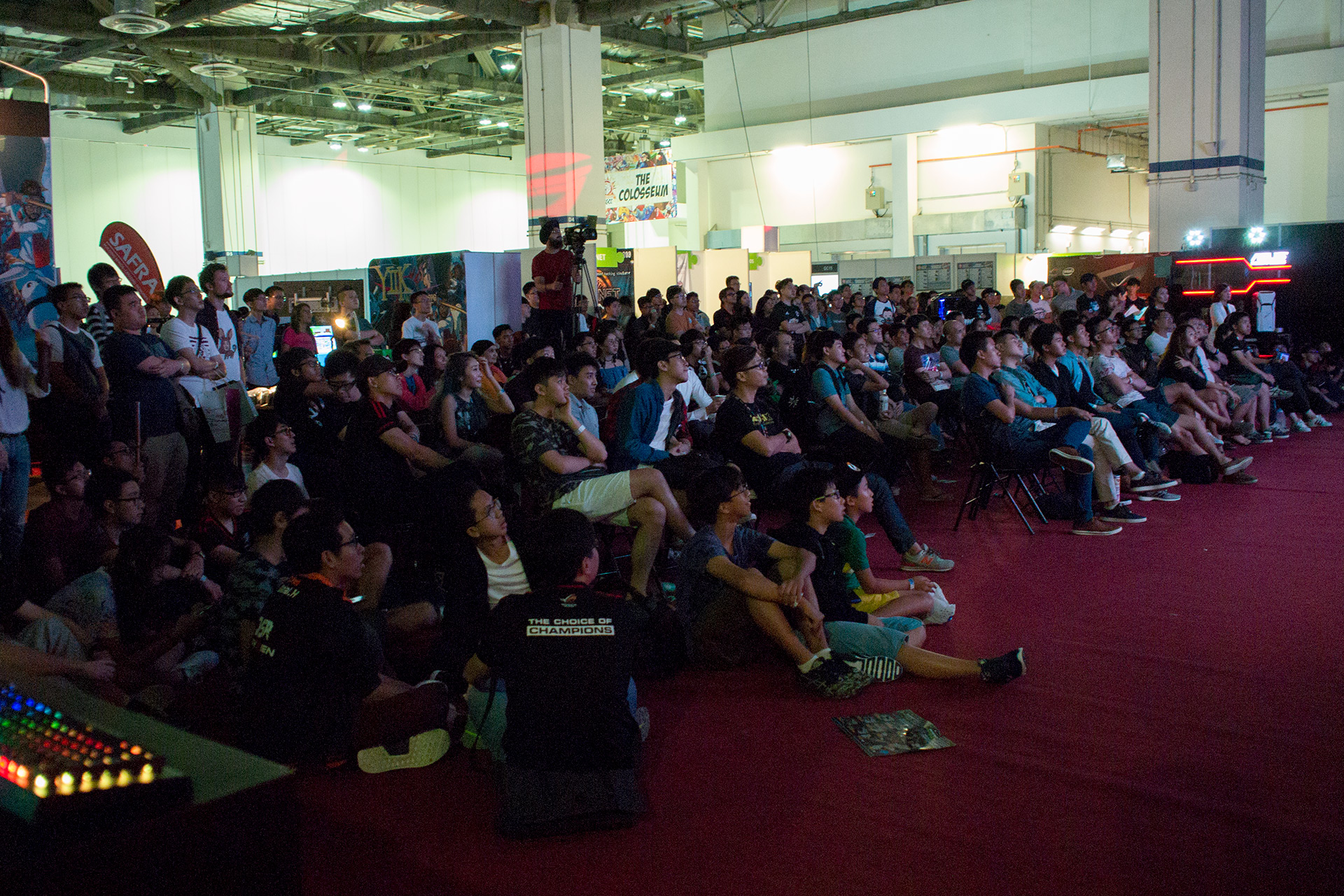 Gaming has seized a much larger role at this year’s STGCC (Singapore Toy, Game, and Comic Convention), occupying an entire hall within Marina Bay Sands’ expo grounds. It’s as diverse as it is large, catering to nearly every type of player. Though it may lack the presence of multiple, heavyweight publishers, the GGXP (Good Game Experience) zone offers a distinctly different set of experiences for attendees. 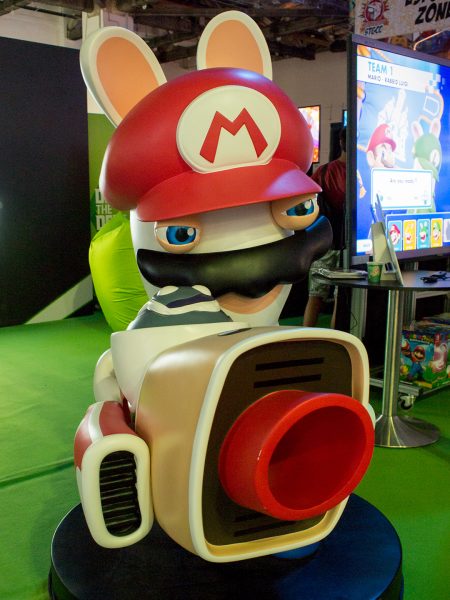 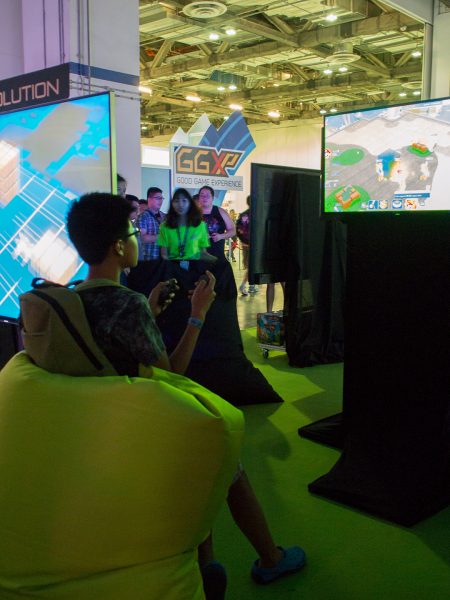 Ubisoft’s Mario + Rabbids Kingdom Battle is one of the first sights to greet incoming visitors, with plenty of demo stations to showcase that there’s more to the game than just cutesy crossover mascots. 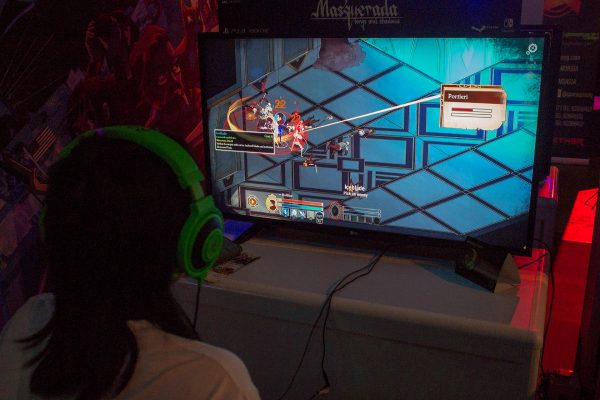 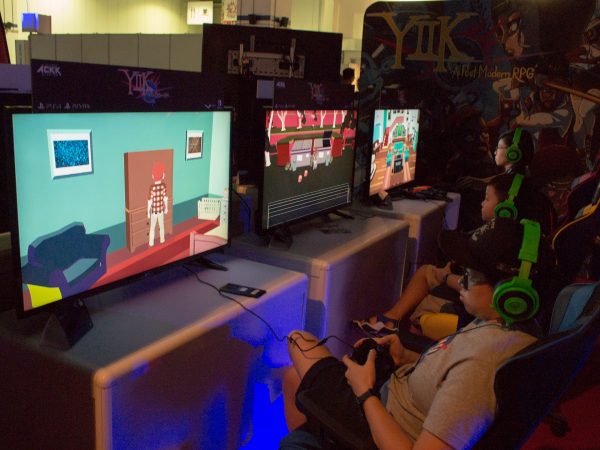 Right beside that is a booth by publisher Ysbryd Games, comprising RPG titles Masquerada: Songs and Shadows (which recently launched on PlayStation 4 and Xbox One) and the quirkier YIIK. 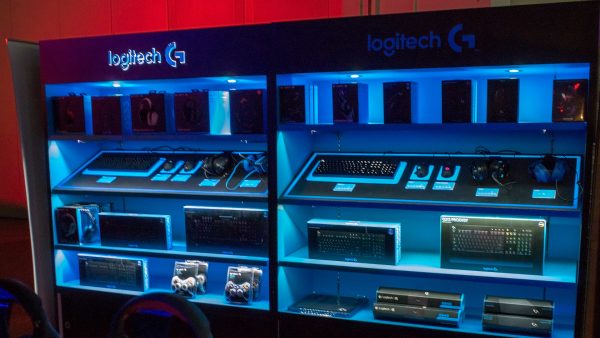 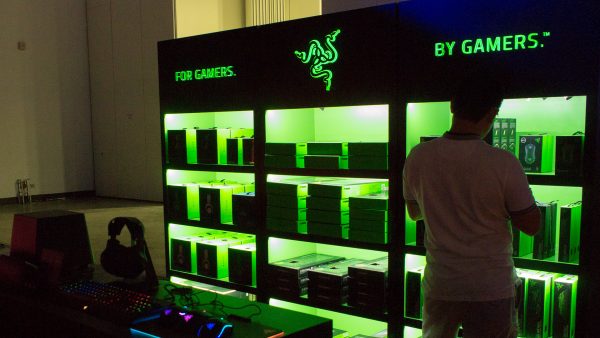 Once there, it’s hard to miss the massive zone solely for tournaments, flanked at the sides by gaming peripherals and hardware. 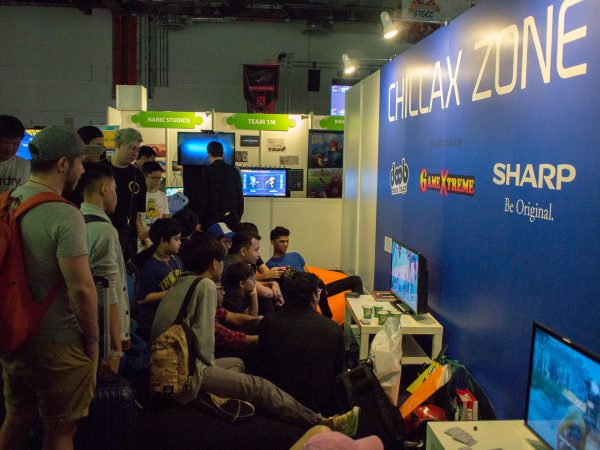 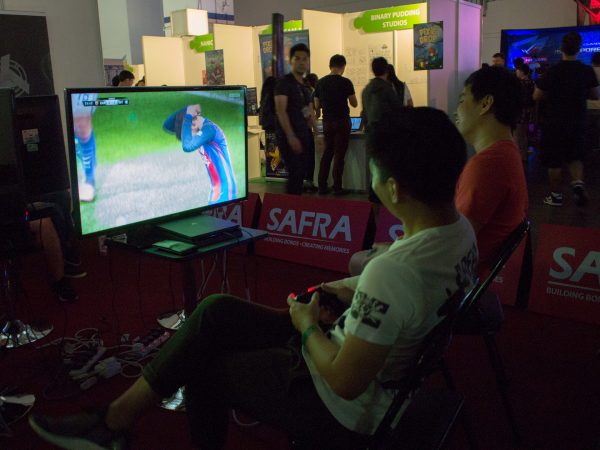 Of course, not everybody’s out for blood and competition. Free gaming areas with an assortment of titles on PC and consoles are available for anyone that wants a breather. 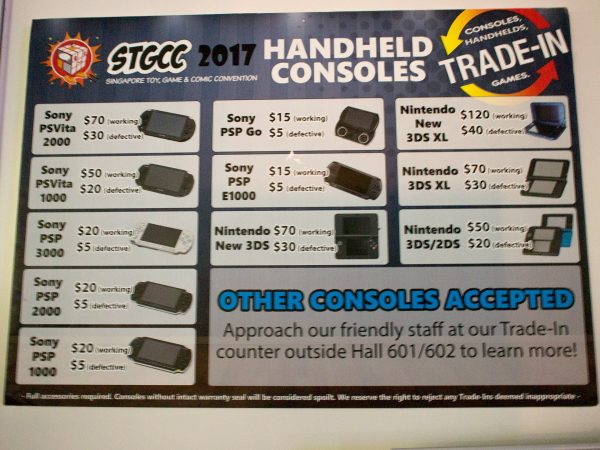 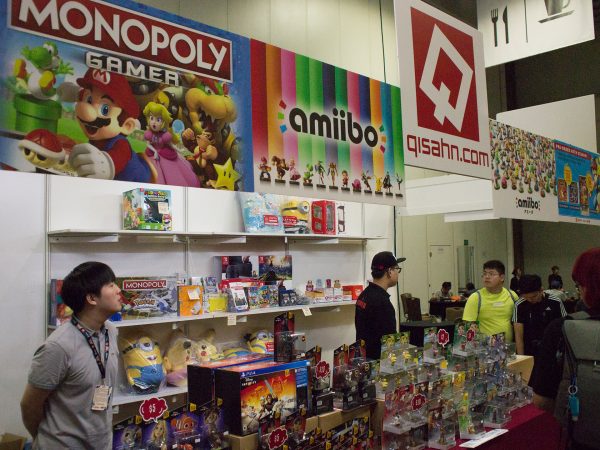 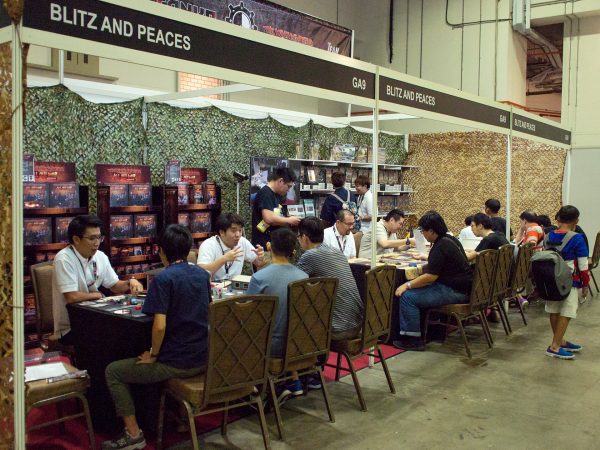 Those looking to spend can do so over at GameXtreme and Qisahn, though don’t expect a catalog of games to pick from (that’s what their retail fronts are for). Instead, you may get trade-in offers and cheap Amiibo models among other things. In fact, this is where you’ll find a crossover between digital video games and traditional gaming. 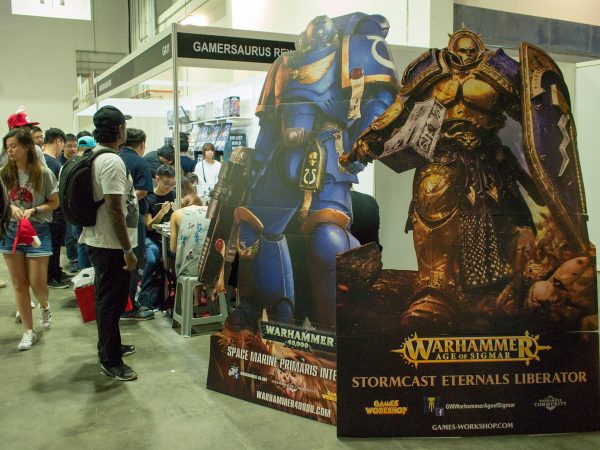 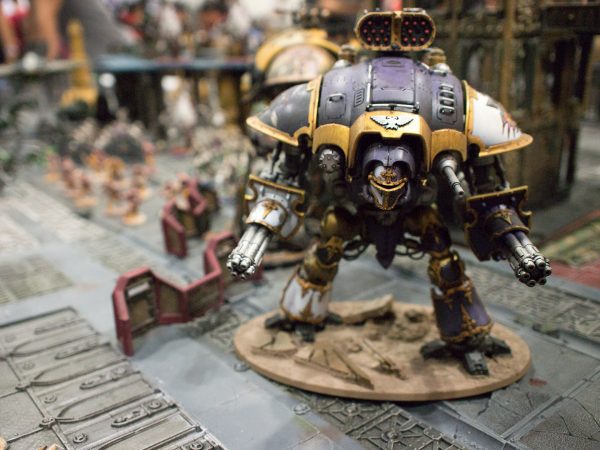 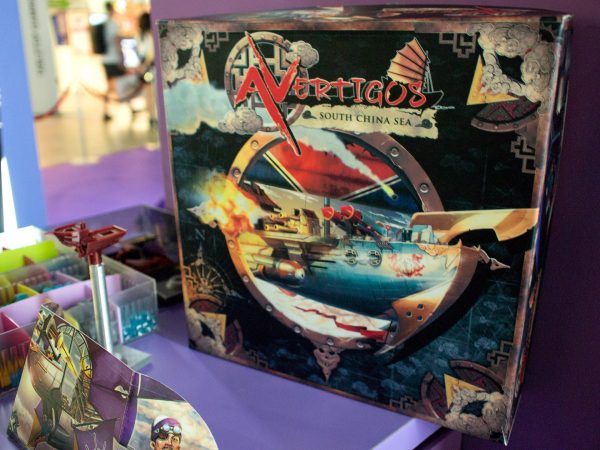 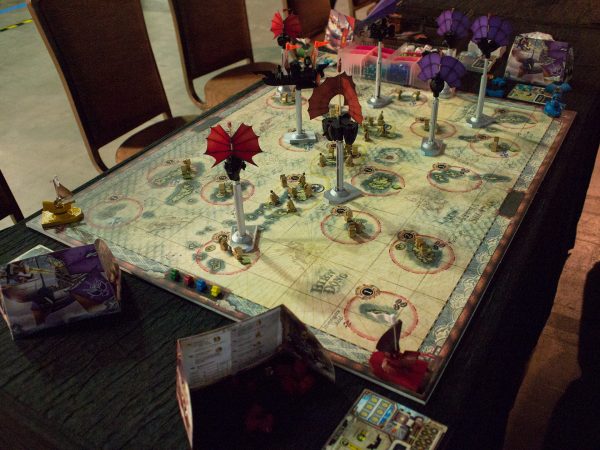 Currently on Kickstarter is Avertigos, a living miniatures game with a premise that’ll excite any tabletop, real-time strategy, or alternate history fan. The design is already complete with future content already queued up; they’re just looking to fund production.

Straddling it are booths from local independent game developers, some of whom are showing their works-in-progress for the very first time. Pictured is the idyllic Zen Koi 2, which will be entering beta soon. 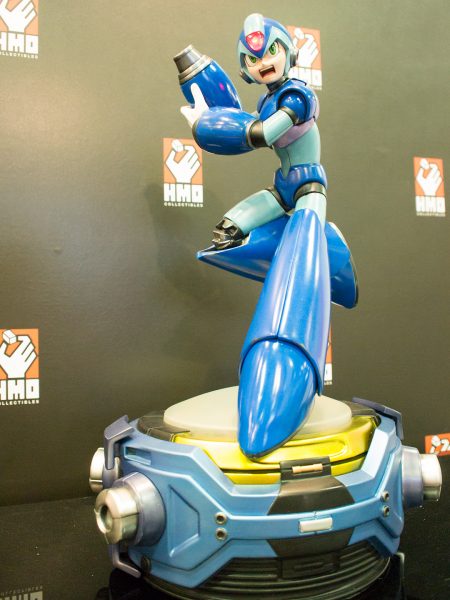 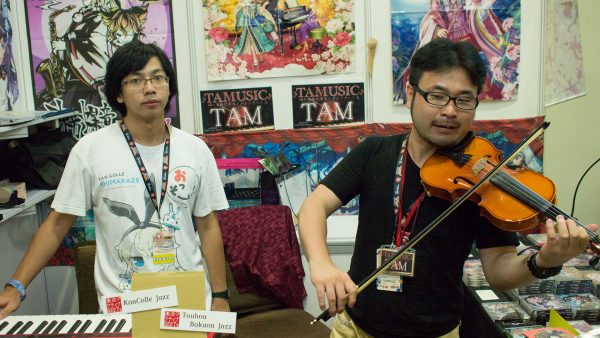 Of course, gaming-related content aren’t restricted to just the GGXP hall. In Akiba Zone is a booth by TAMUSIC, who create violin and piano covers for popular Japanese games. Over in the main STGCC hall are (sold out) statues of Megaman, while the Artists Alley houses plenty of fan-created work. 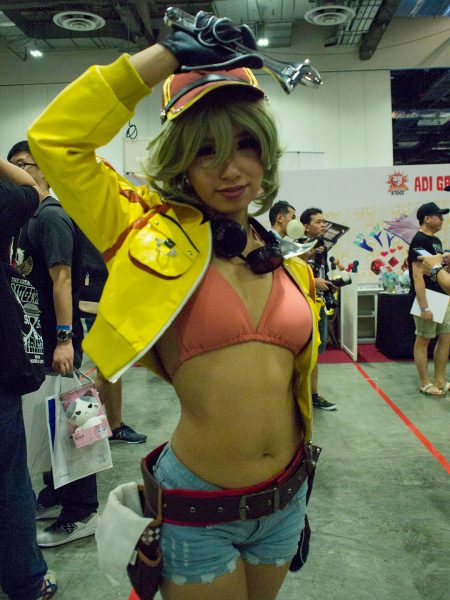 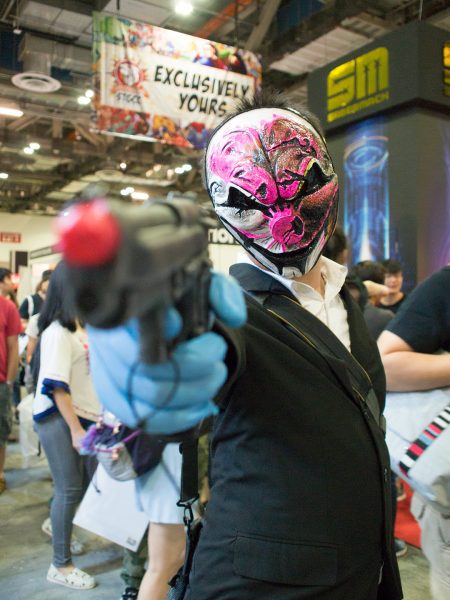 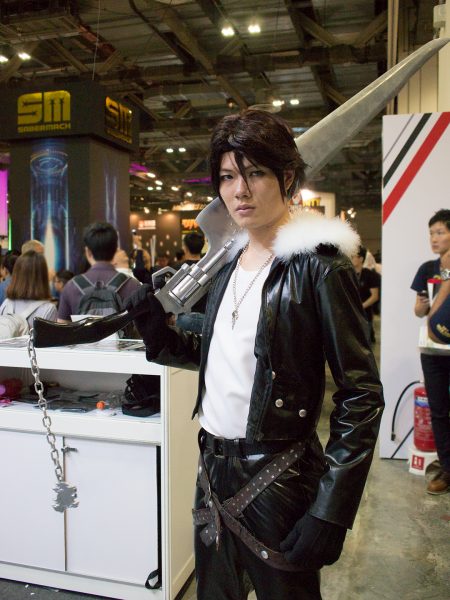 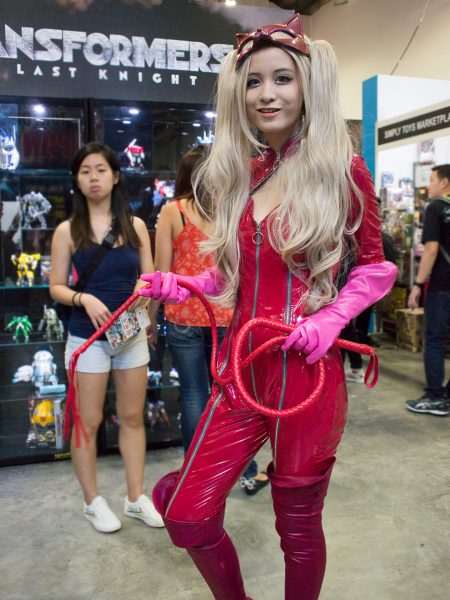 And what’s a convention without cosplay?

STGCC 2017 has taken some positive steps to strengthen its gaming vertical following criticisms of dwindling presence. Given the context of the show and its attendees, they’ve done a fine job at providing a mix of activities to suit different tastes, without competing excessively against dedicated gaming conventions such as next month’s GameStart.

There’s still room to grow, of course. For instance, they could capitalize on their arts-related appeal by inviting artists and composers from the video game industry at large, who can better exhibit their work without having to fight against dim lighting, loud tournaments, and the general din of gameplay trailers.

Let us know what you thought of the event!

Ade thinks there's nothing quite like a good game and a snug headcrab. He grew up with HIDEO KOJIMA's Metal Gear Solid, lives for RPGs, and is waiting for light guns to make their comeback.
Previous post Esports heats up at STGCC 2017 with the ROG Masters SG Finals
Next post STGCC 2017 Gallery – Cosplayers and Toys