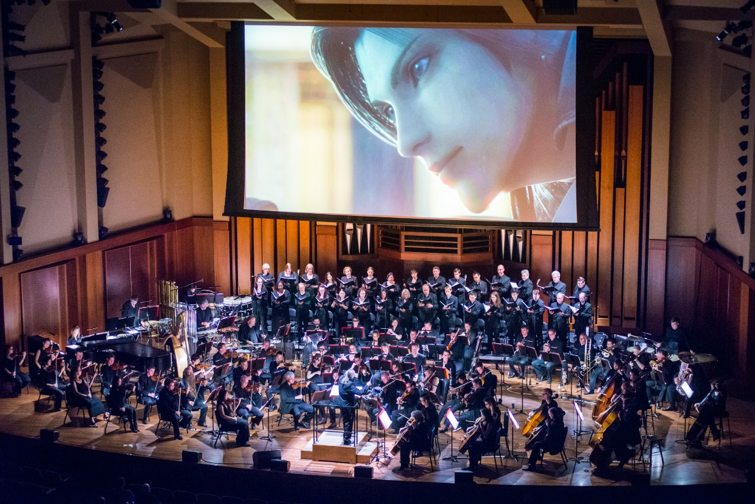 It’s no secret that Final Fantasy is home to some of gaming’s best music, so it’s little wonder that they’d start holding concerts for it. Cue Distant Worlds: music from Final Fantasy, a symphonic world tour that’s about to make a long overdue visit.

Distant Worlds first came to Singapore in 2009 for a three-night concert at the Esplanade. It was an entrancing multimedia journey, acclaimed conductor Arnie Roth leading the Singapore Festival Orchestra, Victoria Chorale, and The Vocal Consort through a list of fan favorites as videos played overhead. Even legendary composer Nobuo Uematsu was in attendance to speak with the audience. Unsurprisingly, tickets sold out lightning quick.

Despite the concert’s success, Distant Worlds never found its way back to our little island. The good news is that they’re finally returning, this time with an all-new program brought to life by the Metropolitan Festival Orchestra and Choir.

Don’t panic just yet! Avex Asia only made a preliminary announcement; tickets actually go on sale via SISTIC on Friday, 26 August, starting at 9AM. Here are the price categories:

And for seats with a restricted view:

The 7:30PM concert is to be held at The Star Performing Arts Centre and will see Arnie Roth returning as the conductor.

According to the official website, some highlights fans can expect are:

Wondering what some of those re-arranged orchestrations sound like? Then look no further than the Distant Worlds albums – you’ll be in for a treat!

Ade thinks there's nothing quite like a good game and a snug headcrab. He grew up with HIDEO KOJIMA's Metal Gear Solid, lives for RPGs, and is waiting for light guns to make their comeback.
Previous post Win powerbanks and app store gift cards in Vitagen’s Pokémon Go contest
Next post Interview: Final Fantasy Brave Exvius producers Kei Hirono and Hiroki Fujimoto