Campus Game Fest 2016 opens with focus on eSports and community 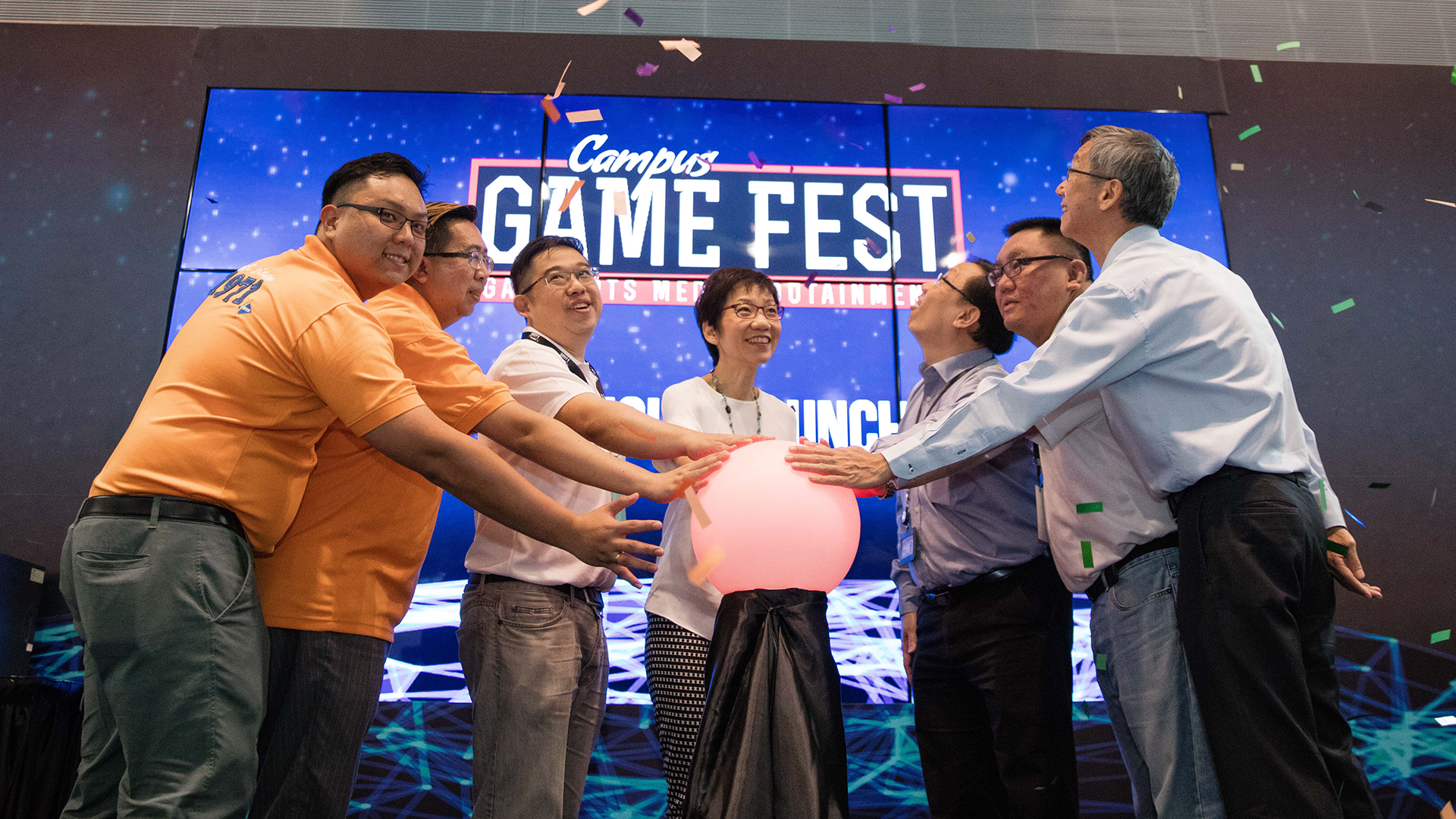 Once again, ITE College Central’s multi-purpose hall has transformed into a community hub for gamers of all stripes and ages.

Campus Game Fest 2016 (CGF 2016) started on a celebratory note as Minister for Culture, Community and Youth, Grace Fu, officiated the event with a VIP entourage. She noted the renewal of a three-year partnership between co-organizers SCOGA (Singapore CyberSports & Online Gaming Association) and ITE, commenting how it presented greater opportunities for eSports to grow.

“I’m a mother of three young men, so I am well aware that eSports, or competitive gaming, resonates with many youths and enables you to connect with one another,” said Fu in her opening speech. “If you practice healthy gaming habits, such as setting limits on time spent online, eSports can help you develop positive values such as discipline, teamwork, and sportsmanship.”

She said that the ministry and its partners have begun recognizing alternative youth interests and aspirations such as eSports, citing the National Youth Council’s support for 20 Singaporean representatives in the ASEAN Games for eSports as a recent example.

The minister was also heartened to hear about the PC Charity Drive, in which over 500 volunteers sought to obtain, clean, and recycle computer parts for the less privileged. The assembly itself will be done at the event in the DIY Garage section, doubling up as an educational workshop.

Kelvin Tan, President and Co-Founder of SCOGA, said: “Campus Game Fest sees attendees unite in their common love for games every year. This year we wanted to tap on that sense of community and encourage gamers to help the less privileged through the introduction of our DIY Garage.”

Frank Yong from the Cyberathlete Professional League (CPL) echoed those sentiments, saying that Campus Game Fest has always been about serving the community at a grassroots level. Be sure to check out the event guide for the list of activities and tournaments they have lined up. Grab the free entry ticket through the website.

Ade thinks there's nothing quite like a good game and a snug headcrab. He grew up with HIDEO KOJIMA's Metal Gear Solid, lives for RPGs, and is waiting for light guns to make their comeback.
Previous post Deus Ex: Mankind Divided further refines player freedom
Next post On the ground at Campus Game Fest 2016