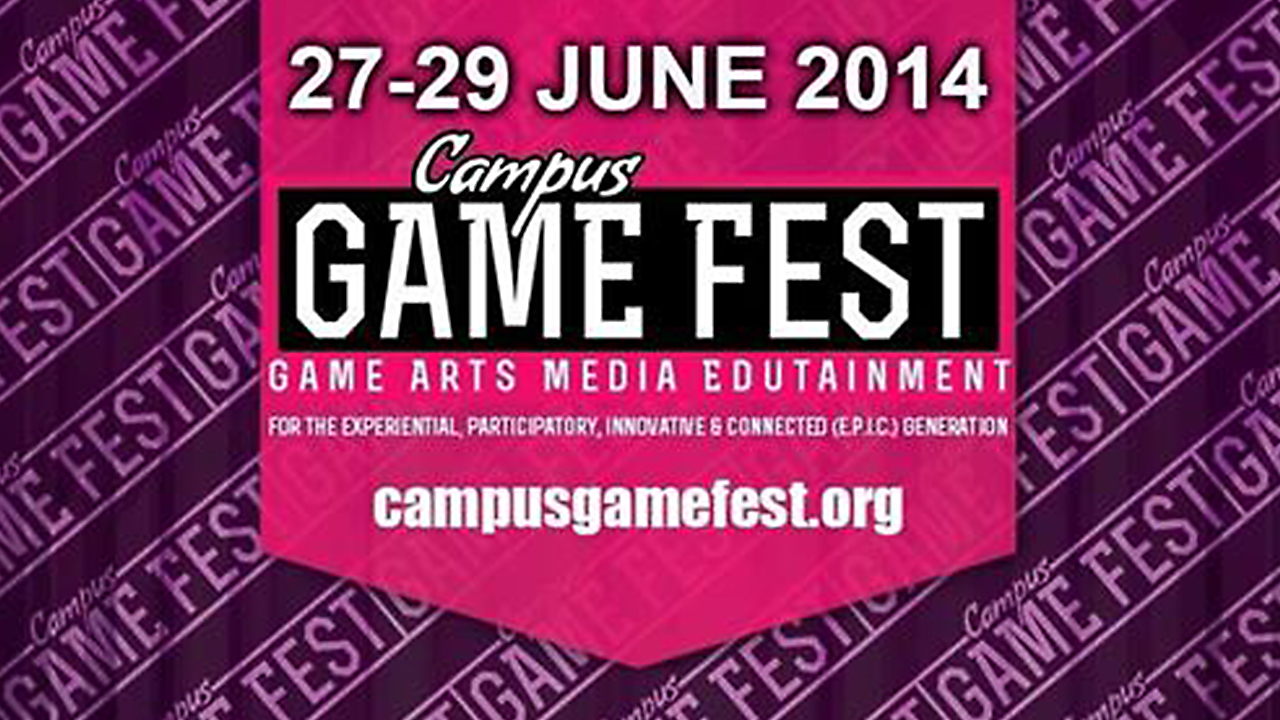 The Campus Game Fest is back this year with a selection of activities to choose from, with its main draw being a Bring-Your-Own-Computer overnight stay that runs throughout the event.

This year’s CGF will adhere to four themes – Game, Arts, Media and Edutainment – with events organized for each. Their revamped website lists all the things you can do but in short, there’s more to it than just playing games.

We’re looking at art exhibitions by local game artists, a cosplay competition, and free talks and workshops lined up. Granted there aren’t any details on them just yet but we can expect to find out more in the coming weeks.

The only paid event appears to be the overnight LAN party, which they’re calling “Just Play!” Rather than being an unwise marathon gaming session, there’ll be offline activities like gun tag and street soccer you can participate in to score faction points. Amenities such as gaming and sleeping areas will be provided, with priority access to all workshops and tournaments.

Three tiers of Just Play! tickets are available: SG$79, $89 and $99. Paying slightly more gets you a “sleeping bag and amenities kit” while the most expensive adds a T-Shirt. Tickets purchased during the month of April all get $10 discounts.

Lastly, the Singapore Cybersports & Online Gaming Association is inviting “community leaders of all gaming titles and genres” to propose their own activities. Sounds like a good opportunity for smaller groups to get some exposure.

This year’s Campus Game Fest will be held at ITE College Central (Ang Mo Kio) once again. Just keep heading towards the back of the campus and you’ll reach the venue eventually.

Personally I’d like to see them snag a couple of local developers and eSports players, as there’s still a general disconnect between playing games and making something out of it.

Ade thinks there's nothing quite like a good game and a snug headcrab. He grew up with HIDEO KOJIMA's Metal Gear Solid, lives for RPGs, and is waiting for light guns to make their comeback.
Previous post Review: Diablo III Reaper of Souls (PC)
Next post EA Sports UFC Mystery Fighter Revealed