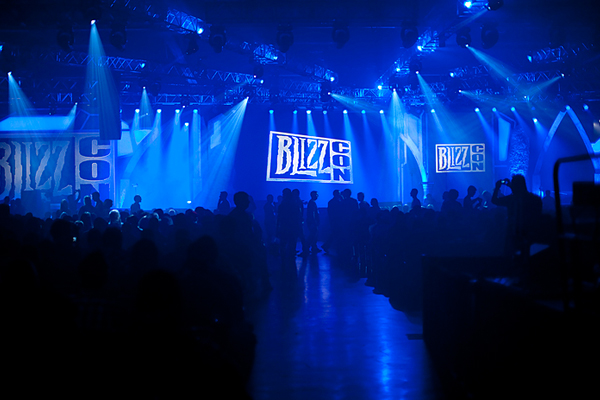 There’ll be a BlizzCon this year! The biggest community event for Blizzard Entertainment will take place at the Anaheim Convention Center in November. Unless you plan on flying to California, the simplest option for most would be to join the festivities in internet spirit, which you can now prepare for by securing a BlizzCon Virtual Ticket.

The biggest sell here is access to two exclusive channels, streamed live in high-definition. That means developer panels, interviews, community contests and the closing ceremony itself, although details for the last one are still unannounced. For reference, during the last BlizzCon in 2011, we got a cinematic trailer for Diablo III, a StarCraft II: Heart of the Swarm reveal trailer, the World of Warcraft: Mists of Pandaria reveal trailer and more. It’s pretty much a high dose of hype for the Blizzard fans, and it’s going to be epic.

There is the unfortunate issue of time zones, which is why you’ll get on-demand replays for any content you might have missed for up to two weeks after the event is over. Furthermore, you’ll get exclusive in-game goodies for World of Warcraft, StarCraft II, Diablo III and Hearthstone: Heroes of Warcraft. Those looking to spend more can exhaust their wallet at an online merchandise sale before the show starts.

All this and potentially more, if you’re willing to pay US$39.99 (SG$50) for a Virtual Ticket. A hefty sum to be sure, but the opportunity to share the excitement with other fans, even if it’s just online, will prove enough for some.

That doesn’t mean you have to spend to join in. There’ll be free HD coverage of the opening ceremony and eSports tournaments, which includes the StarCraft II World Championship Series Global Finals and the World of Warcraft Arena Global invitation. Besides, you’ll get updates of new announcements eventually, so don’t go fretting over it if you’re strapped for cash.

To find out more (there’s a video if you click on Order Now), visit the official page for the BlizzCon 2013 Virtual Ticket.

Anybody want to make guesses on what Blizzard will announce this year? The open beta or launch for Hearthstone sure would be something.

Ade thinks there's nothing quite like a good game and a snug headcrab. He grew up with HIDEO KOJIMA's Metal Gear Solid, lives for RPGs, and is waiting for light guns to make their comeback.
Previous post “Art in Video Games”, Ubisoft Singapore’s First Public Exhibit
Next post Here’s A VR Control System That Lets You Punch Sunflowers