AuditionSEA’s Clubber of the Year 2013 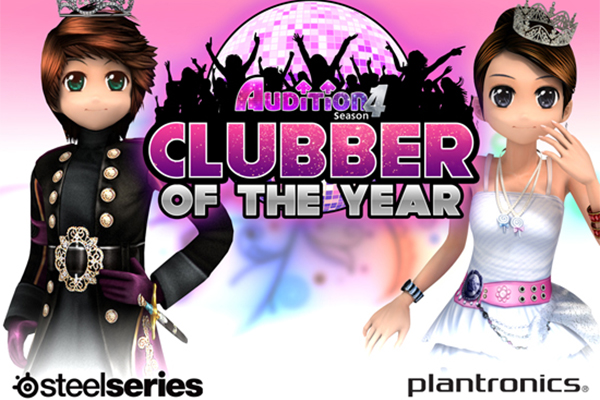 Seven years on and the call for AuditionSEA is still strong in Singapore. Tucked inside Alienware Arena, away from the rain-slick streets of Chinatown, I find a crowd huddled before an array of televisions. It’s Sunday, 8 December, and the finals for the Clubber of the Year 2013 tournament is well underway.

For the uninitiated, AuditionSEA (or “Audi” as most call it) is an online multiplayer rhythm game popularized by its selection of licensed songs, game modes and plethora of social options. Especially that last bit, for there’s a strong focus on customizing the player’s avatar – that’s where the Fashion Mall and microtransactions comes in. There’s a dedicated following in the rest of Asia, including its home ground in Korea; so successful is the game that a sequel is already developed. For most, however, the lure of directional arrows and timed beats is a simple one: that’s where their friends are.

Save for a few determined souls, everyone at the tournament is either a couple or a group. There’s an air of focus around the competitive areas but even so, the mood is easy-going and spirits are high. As it is, the only thing louder than their voices is the clack of keyboards and the telltale smash of someone locking in a combo. For a person with scant knowledge of the game, I spend a moment to observe and am quickly impressed. So is the Asiasoft staff at hand. This may be regarded as a casual title by the industry at large but there’s no denying the skill on display here. Briefly, I entertain the idea of these players entering eSports instead.

Let me preface this by explaining that the Clubber of the Year 2013 event is split into two tournaments, Normal and Other, according to the game modes used. Of the two, the former has far more registrants fighting it out. It’s only after a long gauntlet of hand-cramping showdowns that two participants finally emerge as champions.

18-year-old Tin Wei Chen and 17-year-old Samantha conquered the Normal and Other tournaments respectively. Each walks home with SG$200 cash, an iPod Nano, SteelSeries products and an assortment of Audition prizes; pretty impressive for a day’s work. Surprisingly, both have a different amount of experience: Wei Chen’s been around since the start, tournaments and all, while Samantha only started two years ago.

I ask for Wei Chen’s thoughts on the game’s scene given his familiarity with it. The young man, wearing a hoodie and clutching a keyboard he brought along (eSports, I’m telling you) ponders for a moment. “Audition is quite small as compared to other games so mostly all the gamers, as in those in real-life, [we] know each other.” He inadvertently makes this obvious later on, when he leaves the LAN shop with one of the largest groups in attendance.

Samantha’s initially reluctant for an interview so I toss out something easy. What made her start in the first place? She isn’t playing the game as much now and only joined the competition for fun, she explains, but as for my question: “Friends.”

Congratulations to all AuditionSEA Clubber of the Year 2013 winners – you guys deserve it.

Ade thinks there's nothing quite like a good game and a snug headcrab. He grew up with HIDEO KOJIMA's Metal Gear Solid, lives for RPGs, and is waiting for light guns to make their comeback.
Previous post The Japanese Roll In With World of Tanks Update 8.10
Next post Review: Path of Exile (PC)