Home / Latest / Events / 4FINGERS teams up with God of War, Wings of Power combo meal can send you on a paid trip to E3 2018

4FINGERS teams up with God of War, Wings of Power combo meal can send you on a paid trip to E3 2018 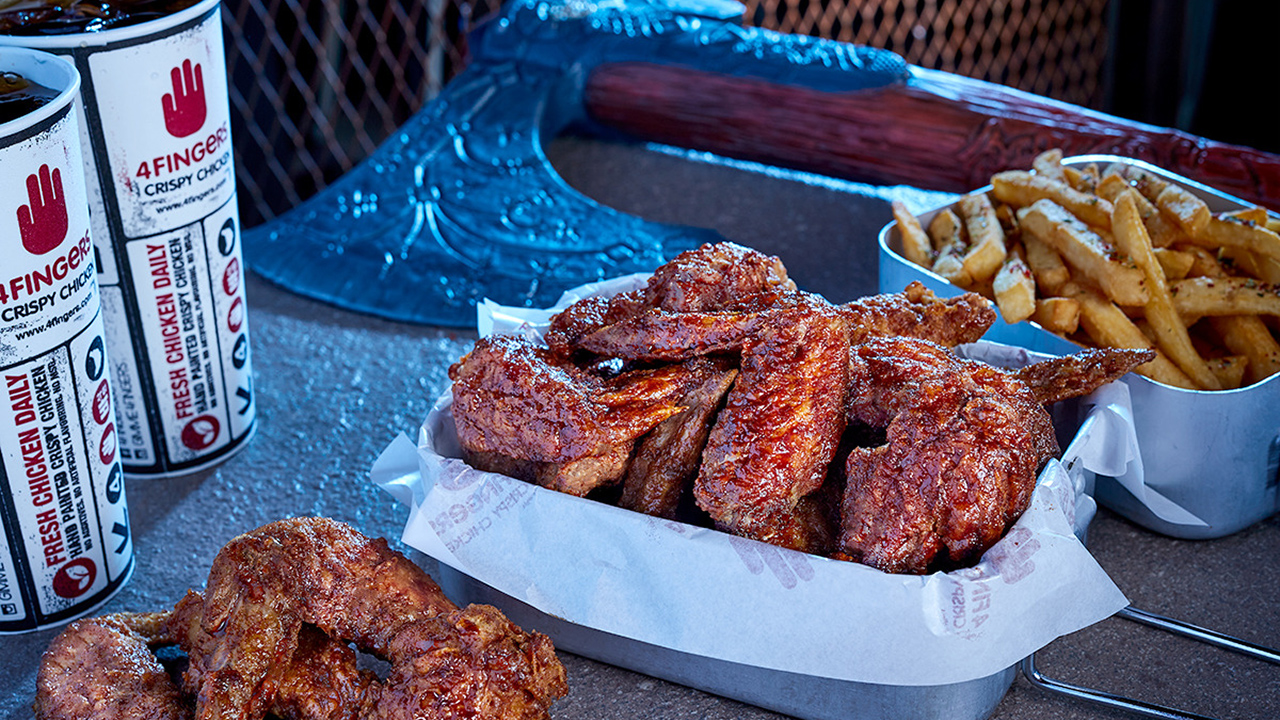 Santa Monica Studio’s critically-acclaimed God of War has been out for just over a day now, and the fan reception so far seems to paint this as a momentous gaming release for 2018 – here’s our review to learn more about it. While there were launch events all over the world, 4FINGERS Crispy Chicken in Singapore and Malaysia are extending that excitement with a month’s worth of prizes and activities.

We’ve seen local fast food companies pair up with movies but not so much with games. They key product behind this tie-in is the Wings of Power combo meal, which packs 12 wings and two sets of small fries and drink for S$20.45. So what’s the big deal? The prizes, that’s what.

Every purchase of that combo set lets customers pick out a scratch card from a treasure chest, where one may win items such as food vouchers, 4FINGERS PopSockets, or even standard edition copies of God of War. The bigger hook are top prizes such as the Limited Edition God of War PS4 Pro console or, believe it or not, an all-expenses paid trip to E3 2018 in Los Angeles this June. The largest and arguably still the most prominent gaming expo in the world opened to the public last year, and it continues to be the home for new announcements, reveals, and even hands-on demos. By the way, this is applicable for our Malaysian readers too.

It seems that 4FINGERS has other activities on the calendar as well. Photo booths have been erected at the Marina Square and Northpoint City outlets, where the best photos stand to win a Limited Edition God of War PS4 Pro console. A “Runes of 4FINGERS” game is a weekly find-the-rune hunt exclusively at Northpoint City, with prizes ranging from Nokia 3310 3G phones to the recently announced Apple iPad 2018 Wi-Fi 128GB. Details on these and more may be found on their Facebook and Instagram pages.

For something more immediate, there’s going to be a 987FM DJ booth at the Orchard Gateway outlet today, 21 April, from 2 to 4pm. Activities lined up include fan appearances of Kratos and Atreus, a Q&A giveaway, and more. Fathers and sons should especially take note, since another Limited Edition God of War PS4 Pro console is on the line

We are Team GameAxis. And we will play games for food.
Previous post Review: Dusty Raging Fist needed more time in the oven
Next post LG Singapore reveals 2018 home entertainment and IT lineup