Elon Musk has an interesting opinion on Dark Souls 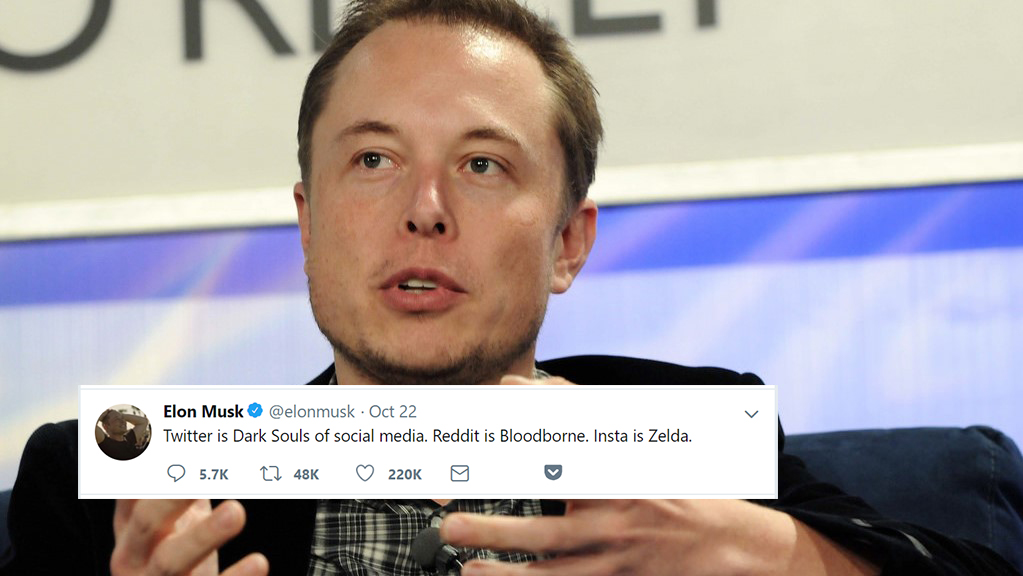 Throughout 2018, Elon Musk has shaped up to be one of the tech world’s more polarizing figures. The man known for Tesla and Spacex has come under fire several times for going a bit too far on his Twitter account.

This year, he’s managed to get himself in trouble with the SEC after disclosing his business plans on Twitter. And even before that, he’s also cooked up a storm after calling one of the divers at the Thailand cave rescue a pedophile.

And now, he’s got gamers confused with his tweets on social media and a few beloved games.

Even this writer feels baffled just writing it all down.

But he does follow this up with two more odd tweets:

And I own a chibi Wolverine

And this was just two days after he posted an image of a fake news article of him buying Fortnite and deleting it. 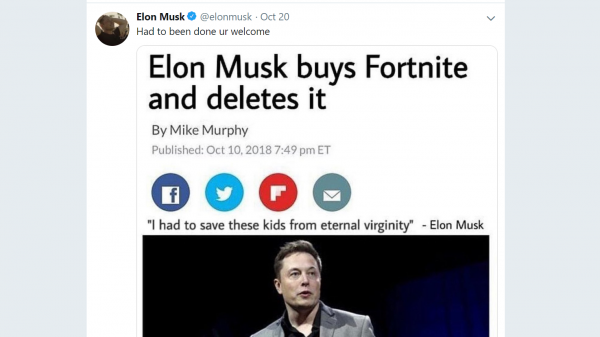 Whether or not the Tesla CEO is going to share an explanation about his tweets remains to be seen. There’s a fair chance he could continue on this path and provide confusion and amusement with his vague commentary on games and anime.

At the very least, these types of tweets aren’t the worst he’s made this year.

Never talk to Nadine about good games with good narratives. She may never stop talking. Other topics she can't stop talking about: games in general, really, consumer tech, and pop culture.
Previous post The full list of LEGO Overwatch sets have been revealed!
Next post The GameAxis Playlist (November 2018): Xbox One