EA’s E3 Press Conference: All you need to know 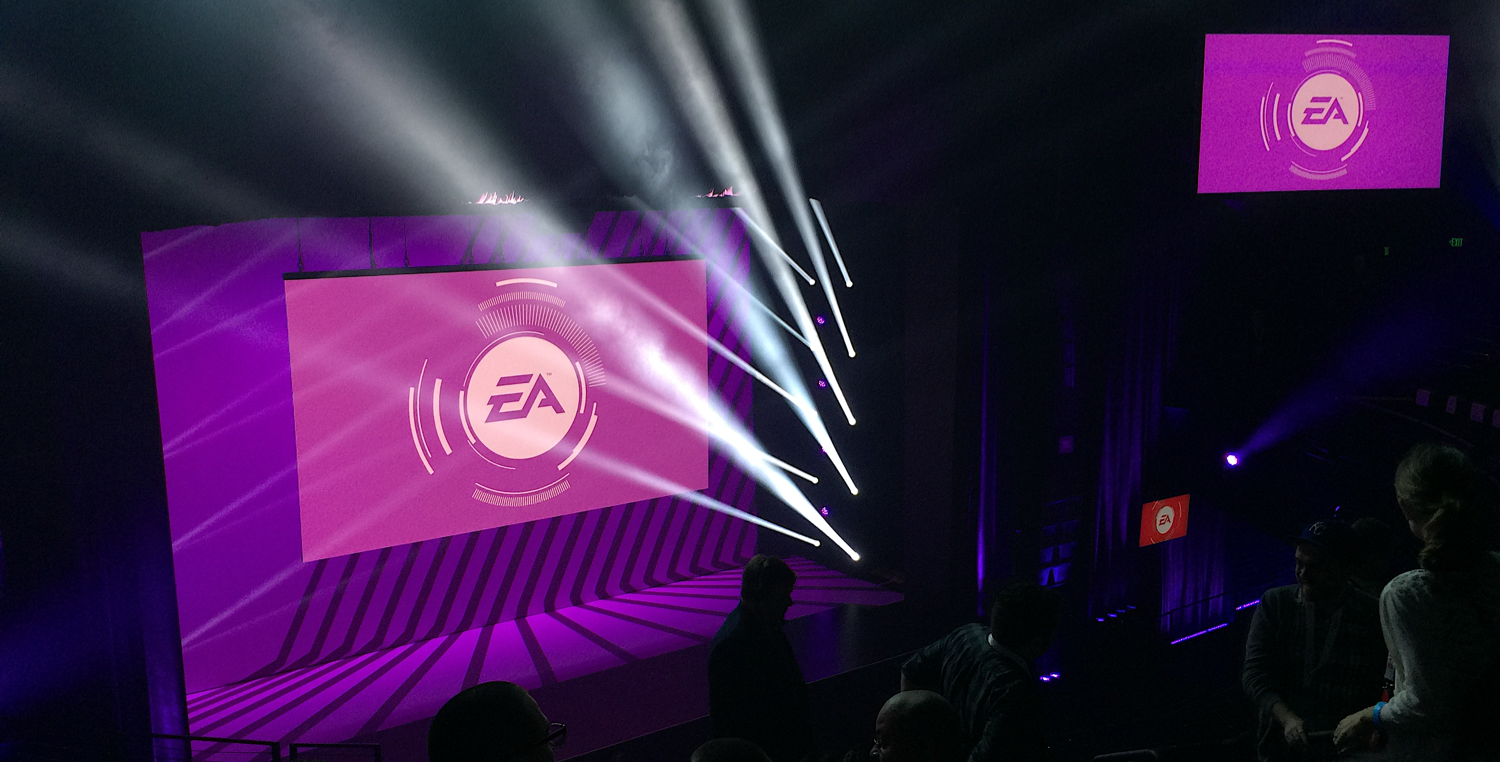 E3 2016: Electronic Arts kicked off their E3 2016 press conference season with a variety of announcements and reveals on its primary franchises including Titanfall, Battlefield, Mass Effect and FIFA.

Here’s a quick summary on what you need to know:

Titanfall 2’s new single-player mode
EA started the show with not one but two Titanfall 2 trailers. The first is an extremely high-octane multiplayer trailer, that shows off new environments, six new Titans (that comes with their own unique moves) and of course, new weapons as well. There will also be more customization options for players to tweak their characters and Titans.

The second shows off the game’s new single-player mode, and explores a unique relationship between the player and his Titan – there’s a big emphasis on a Titan’s AI and ‘trust’.

Titanfall 2 will be released this 28th October on the Xbox One and PC, and unlike its predecessor, will also be available on the PlayStation 4 for the first time.

Mass Effect Andromeda
Disappointingly, EA didn’t have much to say about the upcoming Mass Effect Andromeda by BioWare. They did show a new behind-the-scenes video that showed a variety of new aliens (and familiar ones from the first trilogy), environments that players will explore, and what looks like the game’s new heroine.

FIFA 17’s “The Journey”
The biggest change to EA’s soccer mainstay is its newly added single-player campaign. Dubbed ‘The Journey’, the campaign follows an up-and-coming fictional soccer player named Alex Hunter. Players will make decisions about his personal life and will watch his fortunes rise or fall depending on how players manage to perform on and off the pitch. It’s like a playable version of the movie “Goal”, if you will.

Premier League managers will also be featured in the game, including Pep Guardiola, Arsene Wenger, Jurgen Klopp and of course…the Special One Jose Mourinho, who also made a special appearance on stage.

New EA Star Wars Games
While EA didn’t reveal or show off any new Star Wars games footage, they did confirm what we already know: a new Battlefront 2 in development that will also feature content from the new Star Wars movies and will be released in 2017.

EA also confirmed a new major story-driven Star Wars game would be released in 2018, and reiterated that the game would be an original narrative and would feature new characters. Being developed by an all-star team, with Uncharted‘s Amy Hennig as creative director and writer/actor Todd Stashwick working on the story with her, Jade Raymond, Scott Warner, and more have been hired onto the Visceral Games and Motive Studios project. There’s a small glimpse of how this game looks like in the video below at 2:40mins.

There’s also a new third-person action adventure game by Respawn that would explore a “different” era of the Star Wars universe. No footage or screenshots were shown though, so speculate what you will of it.

Battlefield 1 gets prime time
EA closed out its show with a new and impressive trailer for Battlefield 1, and also some new details about the game.

While dynamic battles will still be present in Battlefield 1 thanks to the Frostbite engine, new dynamic weather can change the game unpredictably. According to EA, a map might play very differently during a bright day, heavy fog, or rain. We were also told that “behemoth” vehicles including an airship, armored train, and battleship can all be piloted.

Battlefield 1 will be available on 21st October worldwide.

Our Thoughts
Most of the reveals shown at the press conference weren’t exactly surprising, and we wished more were shown – especially for Mass Effect Andromeda and at least one of the new Star Wars game.

What did you think about EA Play’s announcements? Yay, nay?

Aaron Yip is an industry veteran with more than 15 years of experience. When not spending time on his gaming PC and consoles, he can be found in Hyrule solving ungodly puzzles and collecting gems.
Previous post E3 2016 Day Zero: Rumors, Hardware and Games
Next post Skyrim remastered for Xbox One, PC, and PlayStation 4