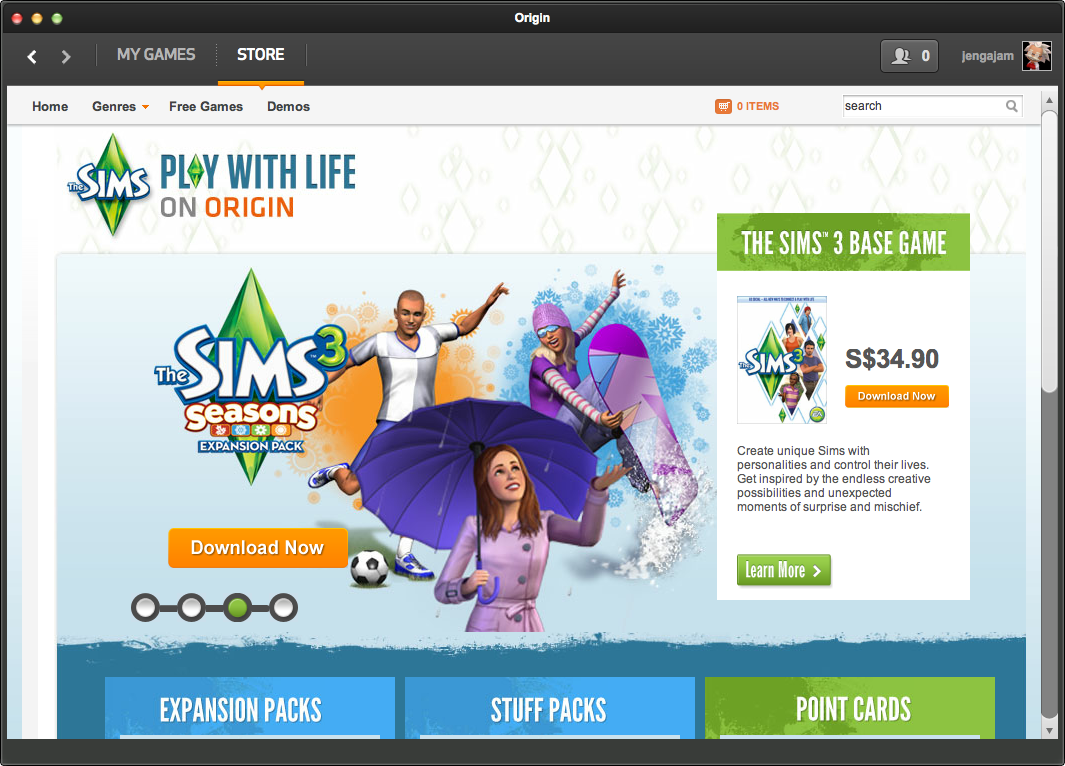 EA has released the much anticipated Origin client for the Mac platform, bringing EA’s games to Mac as direct downloads.

The Origin store has been updated with a Mac section, majority of which involve The Sims 3 and its expansion packs. Other major titles like Dead Space 3, Battlefield 3 and FIFA 13 do not appear since they don’t have Mac counterparts in the first place. PC and Mac compatible games, however, offer themselves up as a one-time-purchase playable on two platforms, similar to SteamPlay on its digital distribution competitor, Steam.

Origin for Mac was previously announced at a press conference during last year’s gamescom, promising the release of Simcity on Mac OS X.