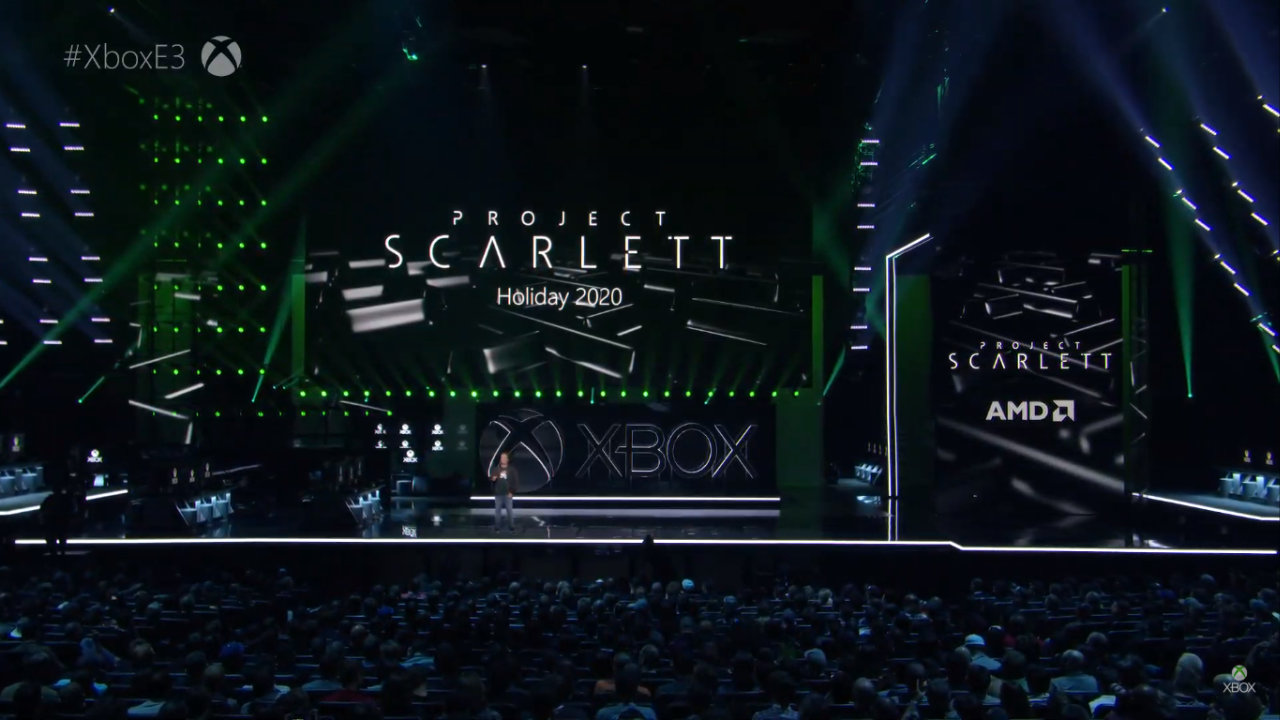 The future of gaming is all about choice… and it’s coming to living rooms in holiday 2020. Xbox wrapped up their 90-minute long E3 2019 briefing with a trailer for ‘Project Scarlett’, Microsoft’s next-gen console. While it isn’t a full reveal per se, we do know some of its key features and what it’s launching with: Halo Infinite.

“We truly want it to be transformative”

Scarlett will have a new custom AMD processor based on Zen 2 and Radeon RDNA, for a console that’s four times more powerful than the Xbox One X. With high-bandwidth GDDR6 RAM and a “new generation” SSD, they’re promising gamers 8K capability with variable framerates up to 120 FPS and real-time raytracing.

It reads like Sony’s upcoming ‘PlayStation 5’, with both sides highlighting how SSDs will be a game-changer for its titles and their developers. “We’re actually using the SSD as virtual RAM,” says one Xbox team member in the video, with another claiming that they’re seeing “more than 40 times performance increases over the current generation.” 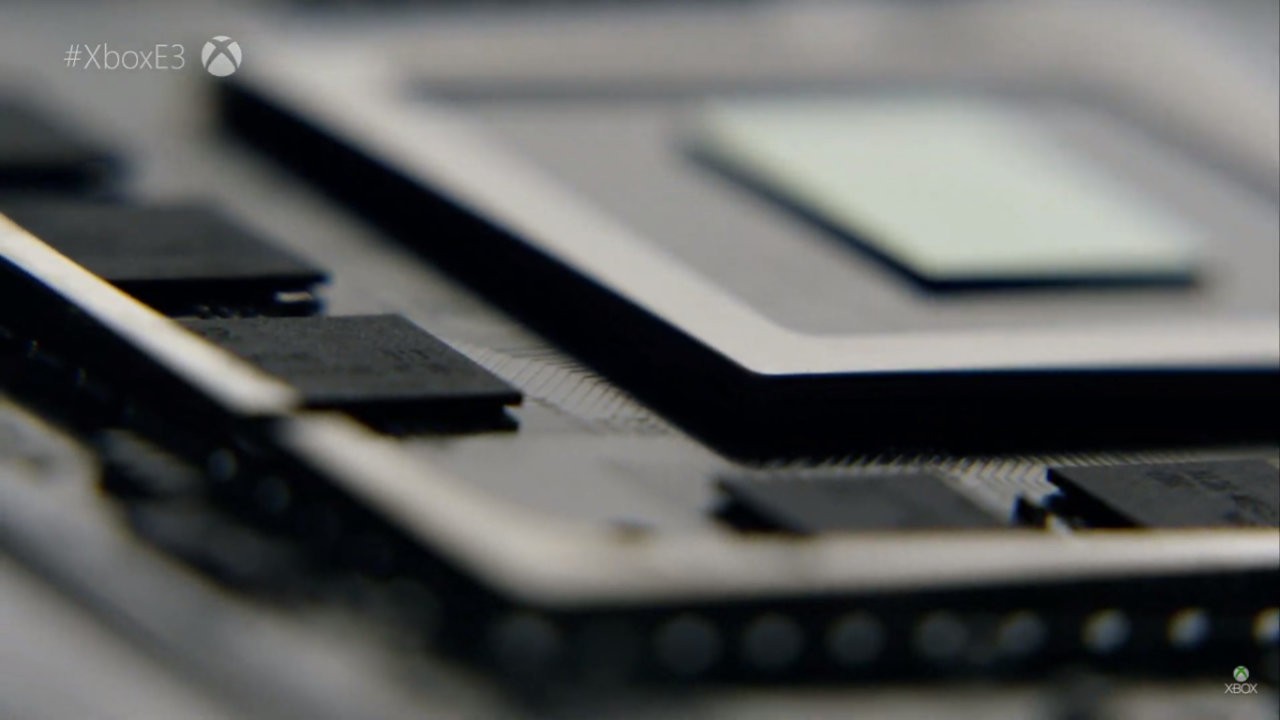 That idea of moving through worlds without waiting for loading screens seems to be a major factor for next-gen consoles. This increased speed isn’t just ideal for larger and more visually complex games but services like Xbox Game Pass as well, where players have access to a library of games to download and play.

Use your own Xbox for Project xCloud

This generational leap will be a whole lot less painful than in the pre-x86 era, with all our games, peripherals and achievements carrying over to Scarlett.

It’s clear that the console will play a big role in Project xCloud too, particularly their newly announced console streaming feature. Since Microsoft are using Xbox hardware in their data centers, users may also use their own console as a “personal and free xCloud server.”

On stage, Xbox head Phil Spencer said that the console “should be designed and built and optimized for one thing and one thing only: gaming.” It’s clear that the team isn’t repeating the disastrous mistakes of their Xbox One reveal, and Microsoft’s renewed focus has been evident over the past years – from widely publicized studio acquisitions and a collective rebranding to “Xbox Game Studios”, to a more diverse E3 showcase and, critically, thinking beyond the traditional console box. Their hardware rivals for next gen may be Sony once again, but their overall strategy will be challenged by newcomers like Google instead.

The Microsoft games library may have suffered in the Xbox One era but, after today’s conference, it seems that they may just have enough to bring defected fans back into the green camp. And what better way to kickstart this effort than with a major exclusive? Halo Infinite has been confirmed as a launch title for Scarlett, and we’re betting on there being an even more compelling list come E3 2020.

Ade thinks there's nothing quite like a good game and a snug headcrab. He grew up with HIDEO KOJIMA's Metal Gear Solid, lives for RPGs, and is waiting for light guns to make their comeback.
Previous post The Sims 4 Island Living expansion offers sandy beaches, new outfits and… environmentalism?
Next post E3 2019: Master Chief, Cortana, and a ruined ring in new Halo Infinite trailer