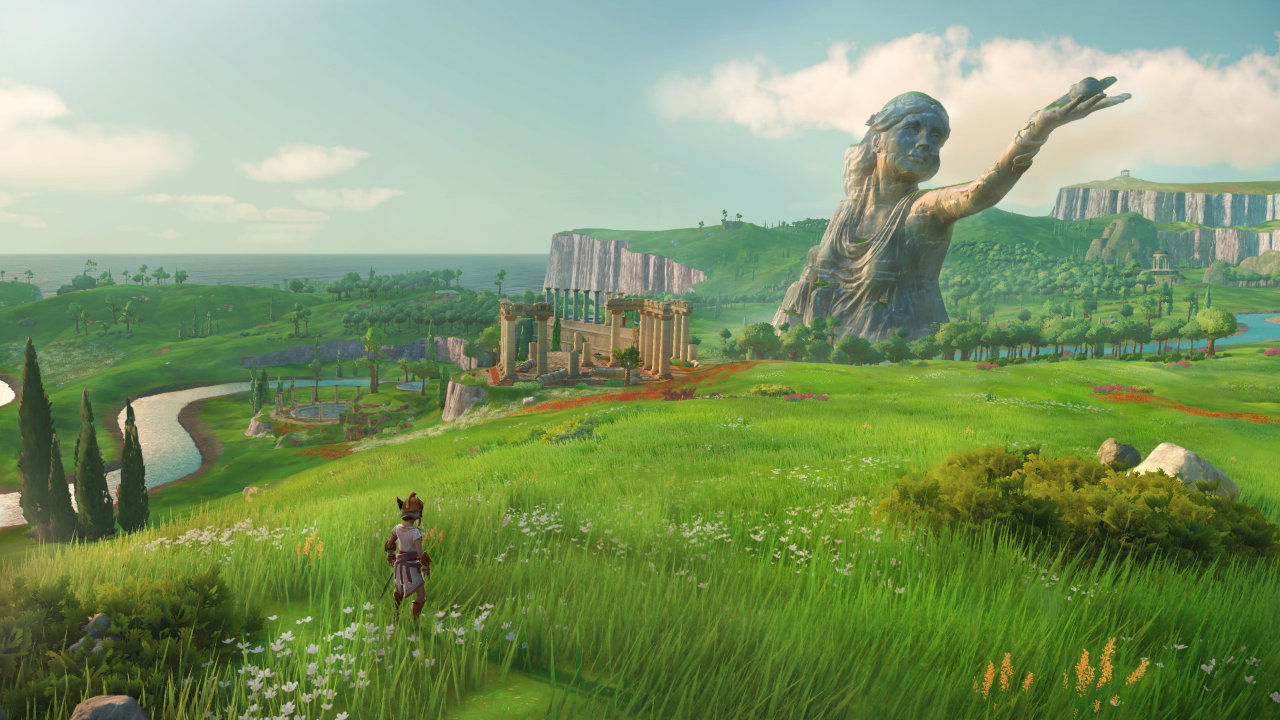 Ubisoft are looking to Nintendo for more than just gaming collaborations. Gods & Monsters, the recently announced action-adventure game by Ubisoft Quebec, is more or less seen by many as the publisher’s take on Zelda.

For one, Gods & Monsters features open-world exploration and questing, themed after Greek mythology with gods and fantastical creatures. However, what’s most telling is the painterly art style and the team’s desire to make the journey “as rewarding as the destination” – which is exactly what any Breath of the Wild player would tell you.

The E3 reveal only has a cinematic trailer showing off the landscapes and a look at our hero, Fenyx. He’s journeying across the Isle of the Blessed, swiping away harpies and gorgons, in the hopes of restoring power to the Greek gods. You see, it’s been stolen by Typhon, a monstrous giant that was once cast into Hades by Zeus. I’m guessing they can’t just do that again, what with all the godly powers being stolen and all.

So that’s where Fenyx comes in, and the gameplay reads a lot like the phenomenally successful Breath of the Wild. In addition to all the roaming and puzzle-solving you’ll do are epic boss fights, challenging trials and dungeons. Our “forgotten hero” is gifted with some godlike abilities of his own as well, and he can even glide through the air to get places quicker. All he needs is a horse and the comparisons would be complete.

Senior producer Marc-Alexis Cote noted that with Assassins’ Creed, the studio had always been bound by the realistic aspects of history. Gods & Monsters frees them to pursue mythology, and it’ll very much be what Ubisoft is calling “a storybook adventure at heart.” 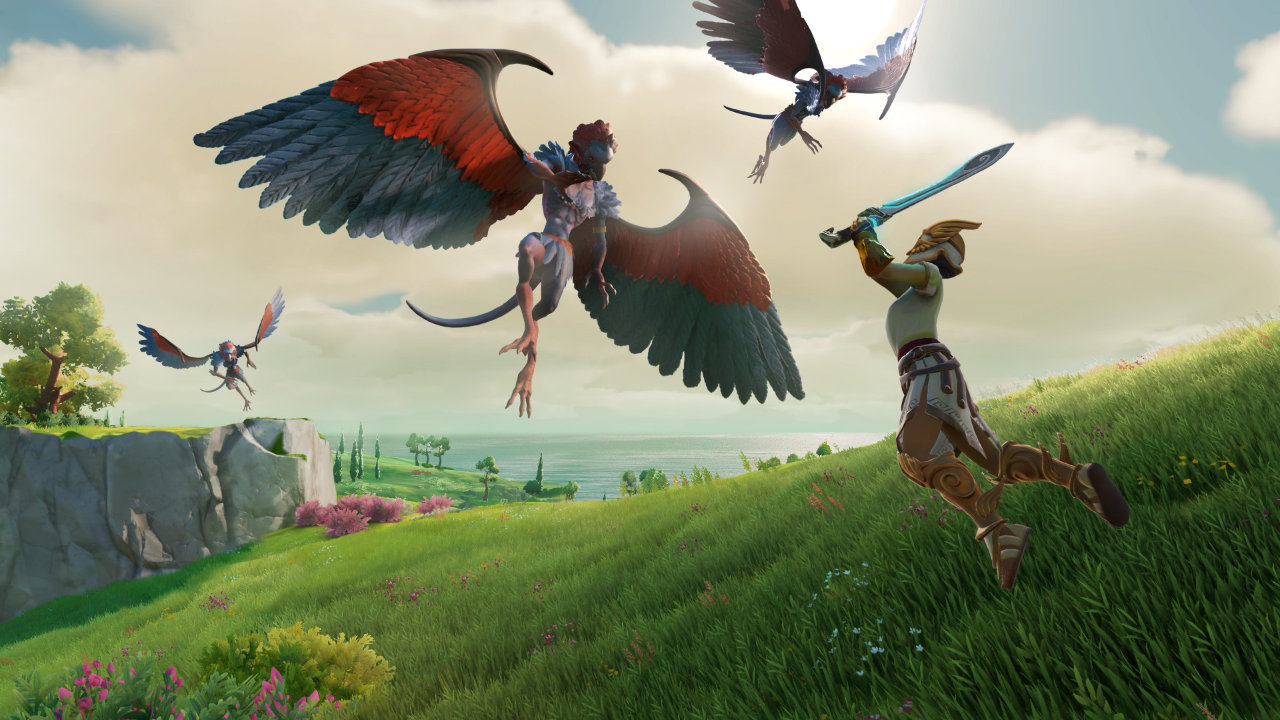 It’s certainly fun to see a new IP coming out of Ubisoft.

We’ll get to soak in Gods & Monsters when it launches next year on Feb 25 for PC, PlayStation 4, Xbox One, Nintendo Switch and Stadia. Uplay+ subscribers will see the game in their libraries then.

Ade thinks there's nothing quite like a good game and a snug headcrab. He grew up with HIDEO KOJIMA's Metal Gear Solid, lives for RPGs, and is waiting for light guns to make their comeback.
Previous post E3 2019: It’s true! Watch Dogs: Legion lets you play as any character on London’s streets
Next post E3 2019: Rainbow Six Quarantine features Siege operators up against aliens