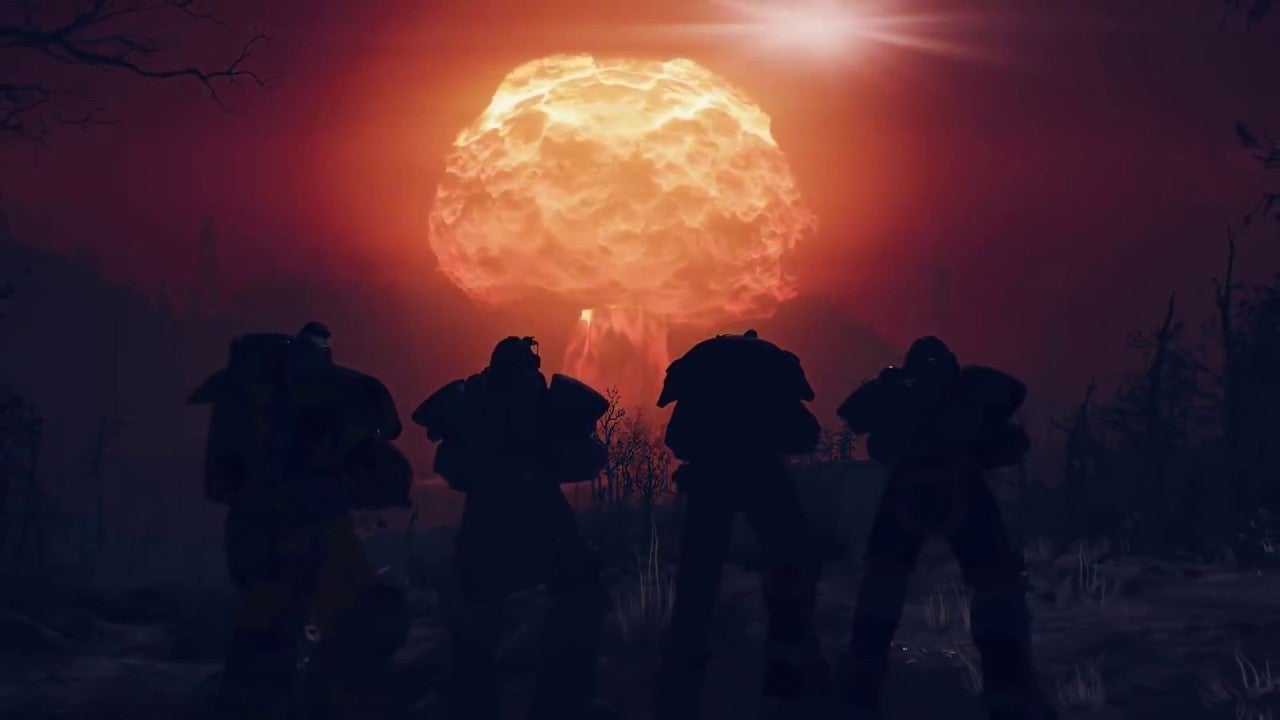 Rejoice, wastelanders! The age of random T-posing might not be over just yet, but the content drought certainly is. Bethesda dropped some huge Fallout 76 news at their E3 conference this morning, from content updates to a week-long free trial.

First off, a free ‘Wastelanders’ update arrives this fall with a limited preview starting this week. It actually contains something fans have been crying out for since launch: human NPCs. No longer will players have to wander around on their lonesome, listening to audio logs and shooting everything that moves!

Other surviving characters now populate the map, armed with full dialogue trees and the familiar morality choices from the mainline Fallout games. This update also includes a new main quest, along with new weapons and gear.

No longer patrolling the Mojave

The biggest news here, however, is definitely the massive battle royale mode dropping together with Wastelanders.

That’s right: a 52-player battle royale mode is coming to Fallout 76. ‘Nuclear Winter’ gives it the franchise spin by having players competing to become a vault overseer. This involves killing each other, of course — that’s just how things are done in the post-apocalypse.

If we can take what we see in the trailer as fact, then it looks like Nuclear Winter will incorporate a whole bunch of pre-existing gameplay mechanics. This includes base-building, power armor and PvE skirmishes.

Large monsters can and will appear during battles, forcing players to fight each other and these mutant creatures. Nukes also make an appearance in this mode, so if the giant flying monster doesn’t kill you then the explosion and radiation that comes after certainly will.

If the idea of a Fallout 76 battle royale mode sounds fun, you should know that the game is hosting a free trial from June 10-17. That’s a full week of renewed interest playtime, together with the preview of the Wastelanders update. What have you got to lose?