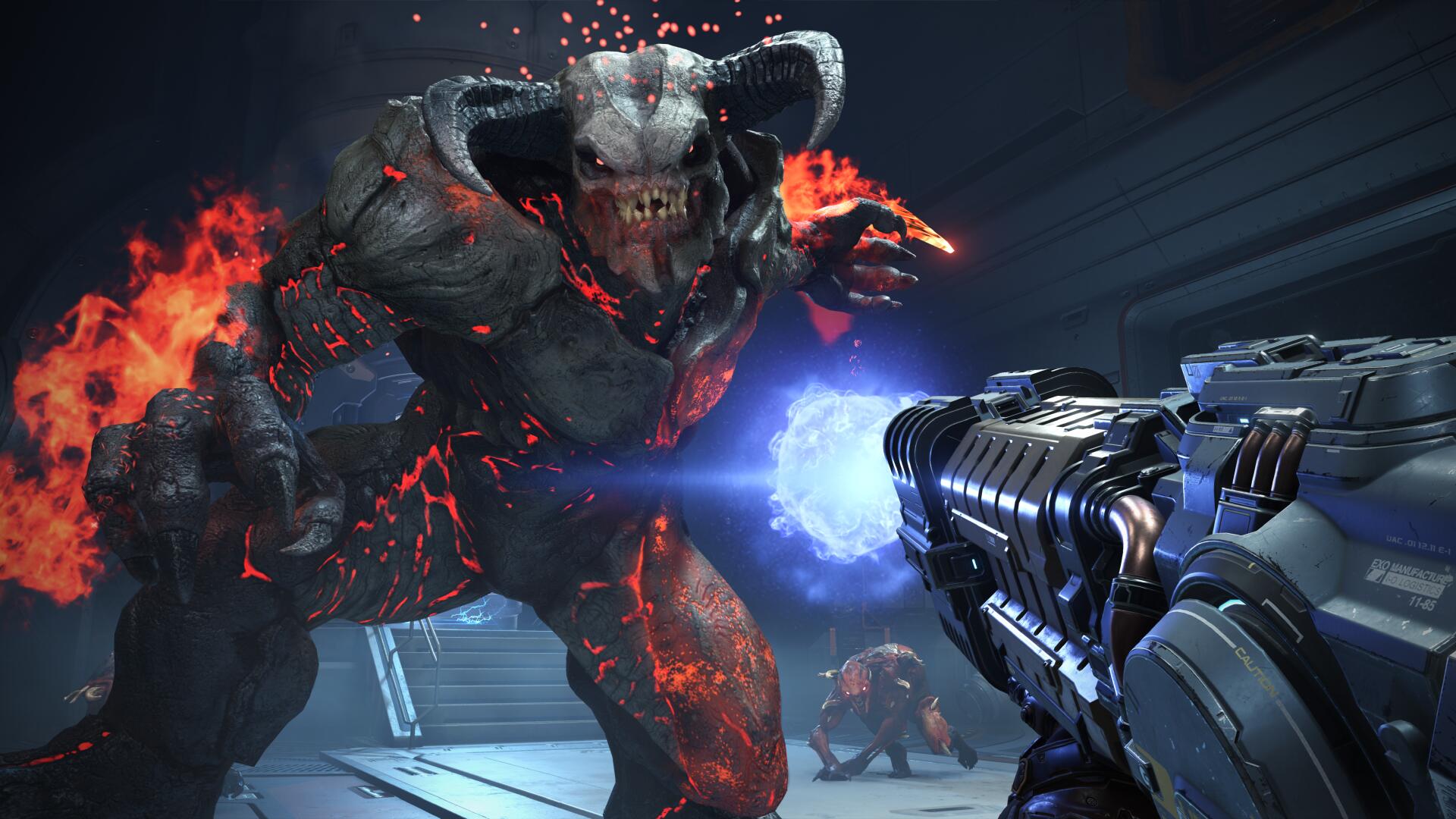 id Software are bringing guns, gore and demons back to earth with Doom Eternal, launching Nov 22 this year. Together with the release date, we’ve got a juicy tease on its story, details on the multiplayer some new gameplay from Bethesda’s E3 2019 conference.

Doom’s never been a series known for its story but this game might change that. Doom Eternal is diving head first into demon lore, and it seems that our beloved Doomguy not only has to fight hell on earth, but a mysterious faction of holy-looking demons as well.

In a trailer just under two minutes long, we see sweeping landscapes of bloody, gory red mixed with white, regal castle-like structures. Red demons are here in abundance, but so are these flying angelic ones, somewhat reminiscent of the Valkyries from God of War (2018). If these creatures are from up above, then it seems that Doomguy doesn’t get along with either heaven or hell.

They also showed off Doom Eternal’s new multiplayer mode, consisting entirely of Doomguy fighting a pair of player-controlled demons. According to id Software, each demon has unique abilities to toy with, suggesting that there are more than two. These ‘Battlemode’ matches go in rounds of three.

Doom Eternal marches onto a bunch of platforms: PC, PlayStation 4, Xbox One, Nintendo Switch and Google Stadia. The story continues past release as well, with two post-launch DLC expansions. Those who get the Deluxe Edition will have those DLCs bundled in.

There’s also a collector’s edition and it’s a big one. It includes a wearable Doomslayer helmet and a playable cassette tape,plus digital copies of the Doom (2016) and Doom Eternal soundtracks. There’s also a neat lore book with custom artwork and a Lithograph depicting ‘The Gift of Argent Power’. 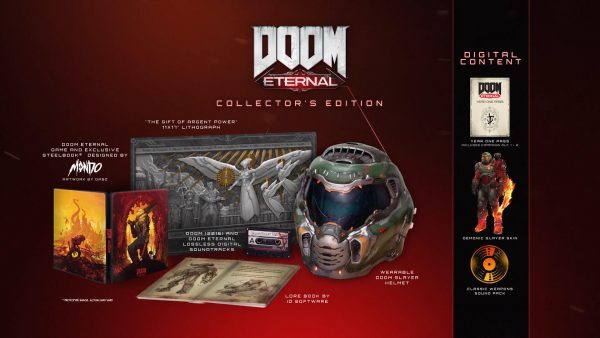 I’m not even going to hide my bias with this one: Doom Eternal is going to be utterly fantastic.

Tim loves all sorts of things. Movies, TV shows, video games, comic books, cats and all that good stuff. What doesn't he love, you might ask? Minestrone soup. It is truly awful.
Previous post E3 2019: Microsoft Flight Simulator gets revamped with 4K HDR and satellite data
Next post E3 2019: Fallout 76 is finally getting NPCs and… a battle royale mode?